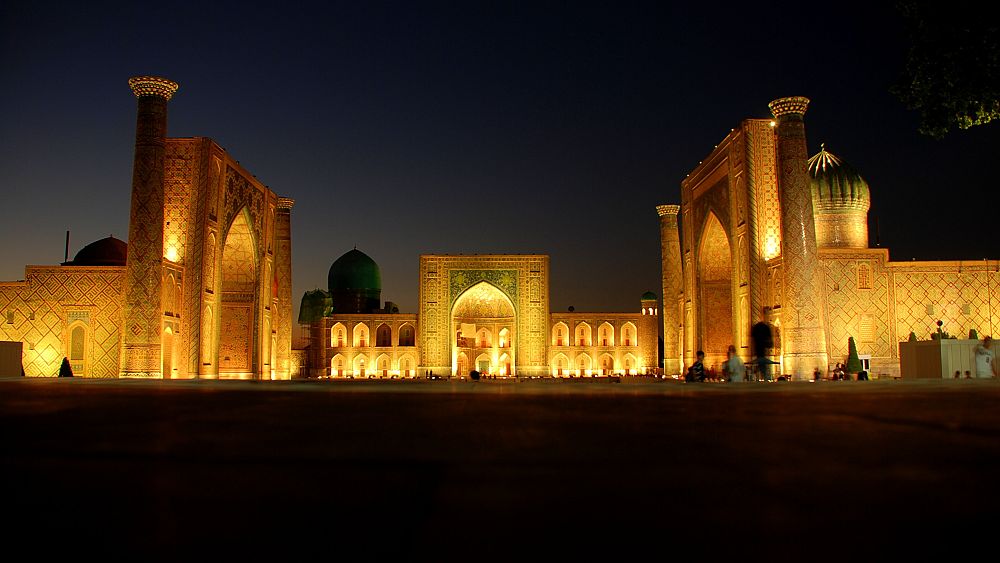 The Tashkent Film Festival is back after a 24-year hiatus. To commemorate the occasion, Euronews has selected 9 films to watch from the 2021 screenings.

Yet, unfortunately, â€œin the last 25 years, up to 2017, Uzbekistan has experienced stagnation. We have to admit it: studios were closing, funding was cut, equipment was put up for auction, the whole industry was on the verge of collapse, â€he adds.

Today is a different story. Several reforms have taken place in Uzbekistan in recent years, particularly in the field of culture. â€œThe great impetus and the culmination of all these reforms was the Film Festival,â€ says Abdukhalikov.

The Central Asian country expects the festival to become a powerful stimulus for the development of domestic industry. “It promises to become the cultural breakthrough of the year and a nest for sharing experiences with the international film community, signing new contracts and generating ideas.”

Here is Euronews’ selection of the 9 films to see of the 2021 edition of the Tashkent International Film Festival, 65 years after its first celebration.

Curfew has an intriguing history and features a star-studded cast. The film is set in late fall 2013 during curfew in Egypt and tells the story of a woman called “Faten” the day she gets out of prison after committing a horrific crime.

Curfew was nominated for Best Picture at the Cairo International Film Festival in 2020, and its lead actor, Ilham Shaheen, won the Best Actress award.

The plot of this heartwarming film follows a retired old man in Cairo who brings new meaning to his life. The production gives a taste of 20th century Egypt and reminds us of how to live fully and fall in love has no age limit.

This documentary premiered at the 21st edition of the Ismailia International Film Festival for Documentaries and Short Films and won the festival’s most prestigious award. The film follows the movement of the statue of Ramses II from the Cairo square of the same name, to the Grand Egyptian Museum.

The director used valuable footage that he himself recorded during the 2006 move, which lasted more than 12 hours, to the charming atmosphere of the Egyptian capital.

“Dream about Sohrab” traces the poetry of Sohrab Sepehri, who has been one of Iran’s most influential literary figures for the past five decades.

Ali Ghavitan (the director) travels to Kashan, Sohrab’s hometown, and resides in a madman’s house, in exchange for specific information about the literary figure. Due to his apparent resemblance to Sepehri, the director himself plays the role of poet and painter.

The dramatic film won 12 awards and received 52 nominations around the world, including Best Film at the Venice Film Festival in 2019. Lead actor Luca Marinelli also won the Volpi Cup for Best Actor, the lead award given to actors in Venice. Film festival.

The plot of the film centers on Martin Eden, a man who passionately seeks to be part of the Italian literary elite while struggling to rise out of poverty.

The Italian drama written and directed by Alice Rohrwacher was shortlisted to compete for the Palme d’Or at the 2018 Cannes Film Festival. And although it missed that award, it won the award for best screenplay.

The film’s story sees a nice Italian peasant being exploited by a noblewoman, but hints of whimsy and mystery give it an unexpected twist. The production is beautiful and original.

The film takes place during the time when the Soviets imposed rules of collective agriculture and permanent settlements on a region of nomadic inhabitants. The story evolves over decades of war, where a mother and son fight to be reunited.

The Road to Mother was selected as the Kazakh candidate for best foreign language film at the 90th Academy Awards.

In this Khazak-Japanese production, we follow a family living in the foothills of the Tian Shan, the great mountain range that runs through Central Asia. The drama takes place when a band of thieves seizes the herd of horses that belonged to the village and turns the life of the family upside down. A mysterious stranger comes to their aid.

The film was nominated at the Shanghai International Film Festival for the Audience Film Award in 2020.

Under Soviet rule in the 1930s, many individuals and families left Kazakhstan for neighboring states. Oralman is the official term for ethnic Kazakhs who returned to their home country after independence from Soviet rule in 1991.

The film Oralman traces the story of a Kazakh ethnic family returning to their country of origin. The film explores the issues and concepts of identity and home.