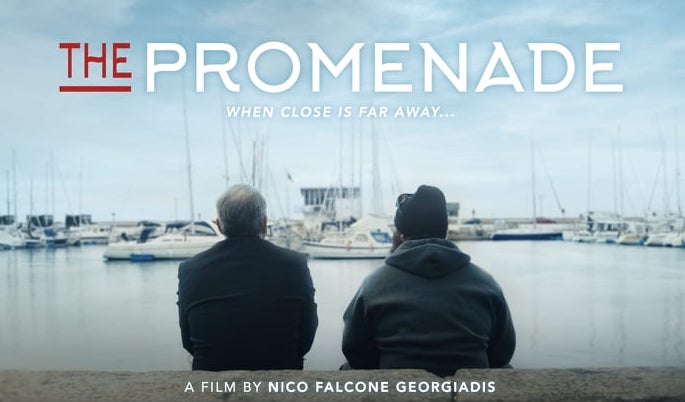 “The film exposes the problems of our time…it’s a reminder of life and the fact that you never know who is passing by,” Georgiadis says. Greek journalist in an exclusive interview.

“The Promenade”, which has screened at countless international film festivals around the world, including England, Brazil, Greece, India and the United States, has received rave reviews.

“The Promenade” is the second short film by Georgiadis

Georgiadis wrote, directed and starred in the short film, which has a running time of 16 minutes. When asked which role he liked the most, Georgiadis said he was a “multi-artist” who “loves everything”.

Despite his many talents, the Greek filmmaker had to face many challenges during the process of making “The Promenade”. Not only did he have a very small budget and limited time to film due to the coronavirus, but Georgiadis also faced personal tragedy when his mother died in Greece during production of the film.

“I almost gave up,” admits Georgiadis Greek journalist. Still, he somehow found the strength to continue working on the film, which was nominated for multiple awards at international film festivals.

Georgiadis’ feature debut, “Whose Reality 2.0?”, focuses on the story of a Greek immigrant taxi driver who recently lost his daughter and faces discrimination in his new home country.

The film also highlights the stories of the driver’s passengers, who struggle with contemporary issues including racism, loss, difference and immigration.

Georgiadis’ films, centered on the relationship between oneself and others, are inspired by his own experience as the son of two Greek immigrants to Germany from Thessaloniki. Her parents left Greece in the 1960s in search of better economic opportunities for the family. Nico was born in Germany, but soon moved back to Greece to live with his grandparents.

When he was eight or nine, Nico’s parents took him to Sweden, where they had moved some time before. The filmmaker remembers being noticed in this Nordic country by his Greek features and his Mediterranean complexion.

Yet he fully embraced his differences, never trying to deny or hide his Greek heritage. He stated to Greek journalist that he “has adapted to two worlds and two cultures”, making him curious about travel and open to cultural exchanges with others.

After attending acting school in Sweden, Georgiadis studied acting and directing in Los Angeles and spent much of her career behind the scenes. However, in his two films, “Whose Reality 2.0” and “the Promenade”, the Greek creator presents himself in front of the camera.

Although the filmmaker was not born in Greece, he considers the country his homeland and he looks forward to the day when he can return and produce films in his native country. He tries to visit Greece at least once a year.

Georgiadis credits his passion and drive to his Greek heritage, telling Greek journalist: “I will never forget my roots and who I am, what runs in my blood and gives me strength, especially in difficult times.”