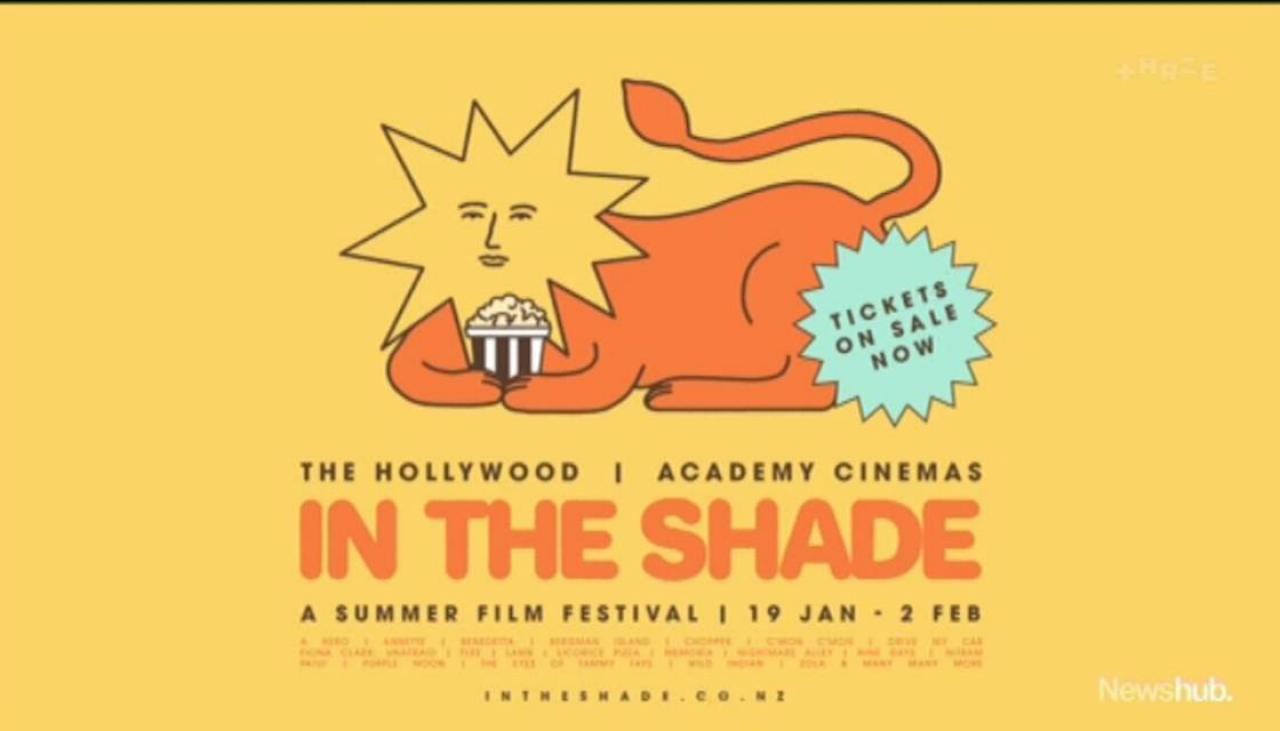 It’s one of two ways to cinematically savor Bradley Cooper’s delights during the festival, the other while almost a cameo alone is worth the ticket price to see the brilliant licorice pizza.

A performance nominated for a Screen Actors Guild Award alongside leading roles for the two newcomers. There are too many reasons to feast on Licorice Pizza, especially on the big screen.

Joaquin Phoenix trades the Joker for a more understated nuanced role in Mike Mills’ C’mon C’mon – black and white and full of color and life.

Speeding down a highway paved with Oscar buzz is the Japanese film Drive My Car – also featured in the festival.

This film was a big winner at the Cannes Film Festival last year and is a critical darling and an awards season favorite.

And for documentary lovers, something completely different, an animated documentary called Flee.

To discover all the films on offer and reserve your festival tickets, go to in-the-shade.co.nz to book your air-conditioned movie getaway.

Watch the full story above.