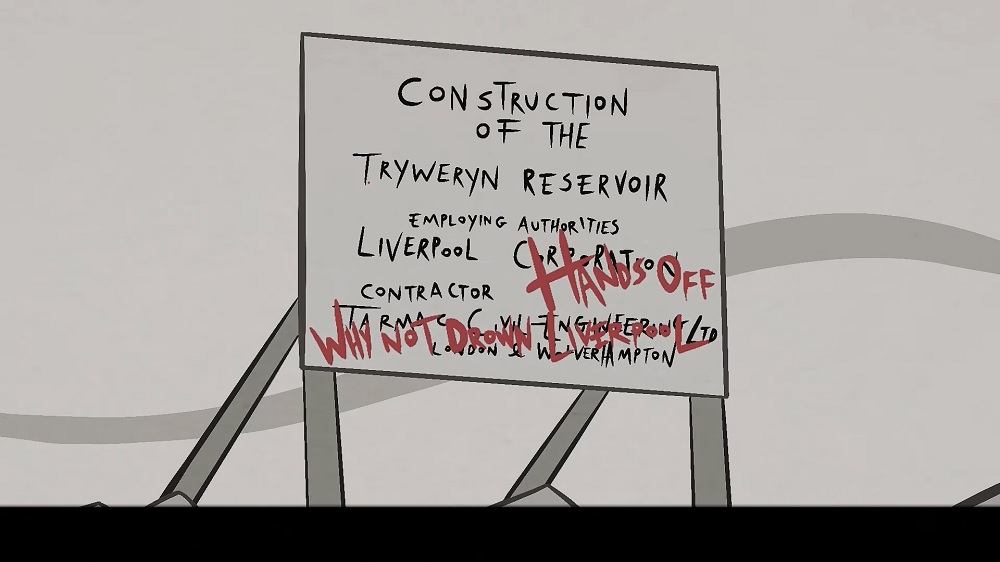 An animated film telling the story of Tryweryn will be screened at the Cardiff International Film Festival at the end of October.

The film by Osian Roberts, from Llanerchymedd on Anglesey, has been selected to be part of the ‘Welsh Films’ category of the festival.

He said he viewed the film festival as an “opportunity to bring the story” of Capel Celyn’s drowning to a wider audience.

â€œI worked really hard on the film during the pandemic, and was able to put in hours of it because I was spending a lot of time at home,â€ said Osian Roberts. Golwg360.

â€œI worked alone on film, animation, etc. and then I had someone to help me with the music.

“I don’t know the details”

He eventually made the film as part of his graduate project at the School Of Art at Manchester Metropolitan University.

“The more I was in Manchester, the more I entered Welsh history, and I think I wanted to go home,” he said.

â€œSo I was researching the history of Wales and I knew the story of Capel Celyn before, but I decided that was the story that I would like to make a film about.

â€œEveryone knows Capel Celyn’s story, but we don’t know the details, so I found it really interesting to go into the details.

“I decided to make this film about history, and then I ran with the idea.”

But when he discussed the film with his Manchester friends and fellow students, he realized that the story was not as well known as he thought.

â€œBeyond the border into England, I noticed when I pitched the idea at university that not many people had heard the story,â€ he said.

“They knew the wall, but not the story.”