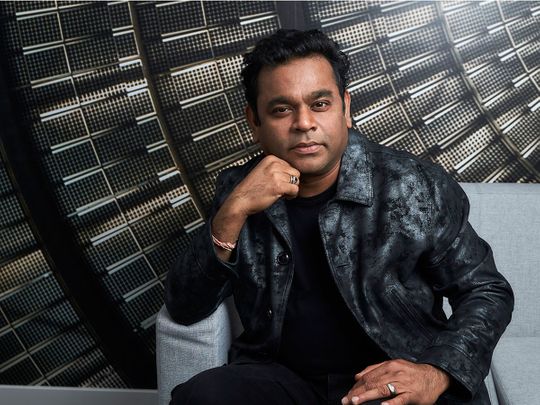 According to Variety, the film is presented “as a cinematic sensory experience incorporating virtual reality, with movement, music and scents integrated into the narrative.” It follows heiress and musician Juliet Merdinian, who, 20 years after she was orphaned, searches for the men who changed her destiny with a powerful memory – that of their perfume.

The talented music composer said he developed the story from an original idea by his wife Saira. Their collective love for perfume sparked the idea of ​​having perfume as a narrative device for their immersive drama, which sees Gurachi Phoenix write the script.

“’The Musk’ has taken many years to develop with collaborators from all over the world; we sought to create a subtle and unprecedented sensory cinematic surrealism. Creating a feature-length VR cinema experience that pushes the boundaries of storytelling and incorporates multiple senses has been a guiding force for me. The aroma and the music subjectively bring warm memories to the audience,” Rahman told Variety.

The cast includes Nora Arnezeder (“Army of the Dead”) and Guy Burnet (“Oppenheimer”) in the lead roles, alongside Munirih Grace (“Pure”) and Mariam Zohrabyan.

“Working on the VR experience ‘The Musk’ under the direction of AR Rahman has been a beautiful journey where we have found new artistic expression. Through ‘The Musk’, we have opened up an expansive new frontier in storytelling where we hope to inspire and question through the senses. This film is an experience like no other,” Arnezeder said.

The film is produced by Rahman’s ARR Studios with Ideal Entertainment and Intel as co-producers and Thenandal Studio and Palani Andavar Holdings as associate producers.

News of Rahman’s feature debut comes days after the composer signed on to work with Emirati filmmaker Nayla Al Khaja for his upcoming film, ‘Baab’.