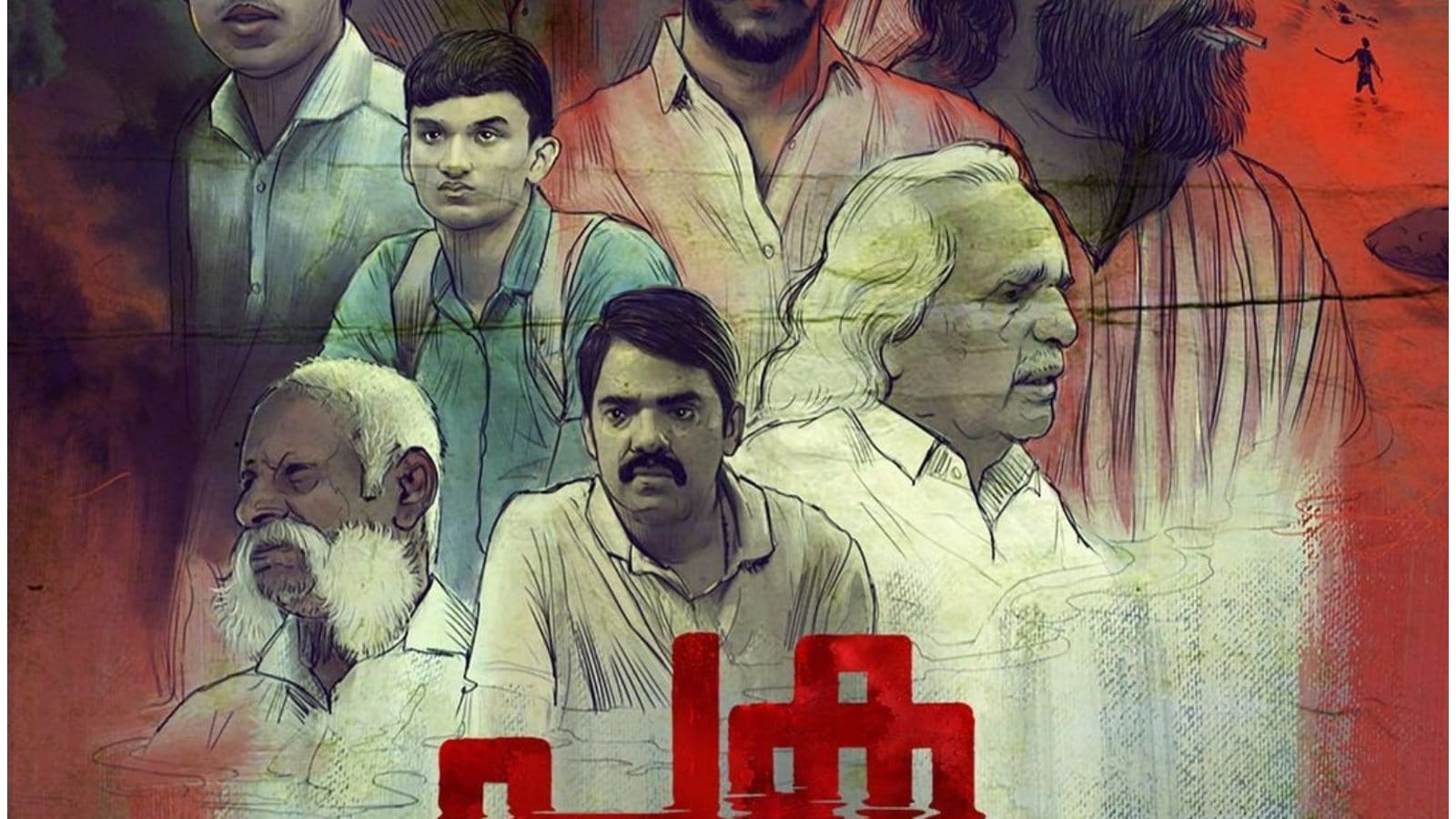 Paka by Malayalam director Nithin Lukose, which has just been screened during the inaugural edition of the International Red Sea Film Festival, is his first work, and like dozens of titles drawing inspiration from Shakespearean tragedy, Romeo and Juliet is a story between two cursed lovers in a small village in the Wayanad of Kerala. But where Paka differs is how Lukose wrote the finale, thankfully without any dramaturgy that we’ve come to associate with much of Indian cinema.

Dark and depressing, Lukose’s writing is bleak. Even the romance between Johnny (Basil Paulose) and Anna (Vinitha Koshi) of two warring families thirsty for each other’s blood, flows like the peaceful river of the village, which nevertheless hides a bloody story. Bodies are thrown into this heinous practice, which the title, Paka or River of Blood, borrows.

In fact, the film opens with an ace, but an aging diver entering the water and retrieving a body. Police and villagers watch this with bored curiosity; it is such a frequent occurrence that they have lost count and interest in the war the two families waged, determined to destroy just about every member. The patriarch of one family is blind, the other of the second family is bedridden, lying in the dark room, stubbornly refusing to let the window open and breathing revenge, urging even the youngest member, Paachi ( Athul John), choose the dagger and kill.

Paka is death, destruction and defeat to the end, and the only slackening comes in the form of a budding romance between Johnny and Anna, who wish and work towards a reunion, hoping their marriage would end this horrific one. conflict and would cleanse the river of poisoned blood. At first we see the two preparing to be married, of course in secret, but the murder of his uncle, Kocheppu (Jose Kizhakkan), gets in the way.

Kocheppu has just been released from prison after serving a 15-year sentence for the murder of a member of the “enemy” clan, but he is determined to stop this blood and bloodshed, and even apologizes to Anna. It was a terrible mistake. Your father and I had a fight, and it happened, he explains, almost convincing her.

But with Johnny’s grandmother and Anna’s grandfather thirsting for revenge, the feud doesn’t seem to end anytime soon. There is a terrifying scene in which the grandmother pushes Paachi, a simple schoolboy, to come out and kill. She tells him that her older brother, Johnny, is a coward, unwilling to take up arms and save the honor of the family.

If Lucose’s work is subtle and sober, it sometimes borders on improbability. After the initial murders, the police seem to have lost interest and they remain mere spectators as bodies are regularly thrown into the river. As both families are doomed, with the men in Anna’s family not in the mood for peace, others like Kocheppu and Johnny are desperate not to let the feud pass to the next generation. Kocheppu does it with an apology, Johnny with love, while Anna seems trapped. She is confused and angry, fearing that this bloody battle will ruin her marriage and her happiness.

The performances are past, except that of Kizhakkan, who infuses charm and a little joy to chase the gloomy clouds over his beloved village. It’s a natural, but Paulose and Koshi are too stiff to move the narrative forward. A little more life in them could have animated an otherwise painful and dark story.

(Gautaman Bhaskaran is an author, commentator and film critic who has covered numerous film festivals, such as Cannes, Venice and Tokyo for several years)

Read all the latest news, breaking news and news on the coronavirus here.