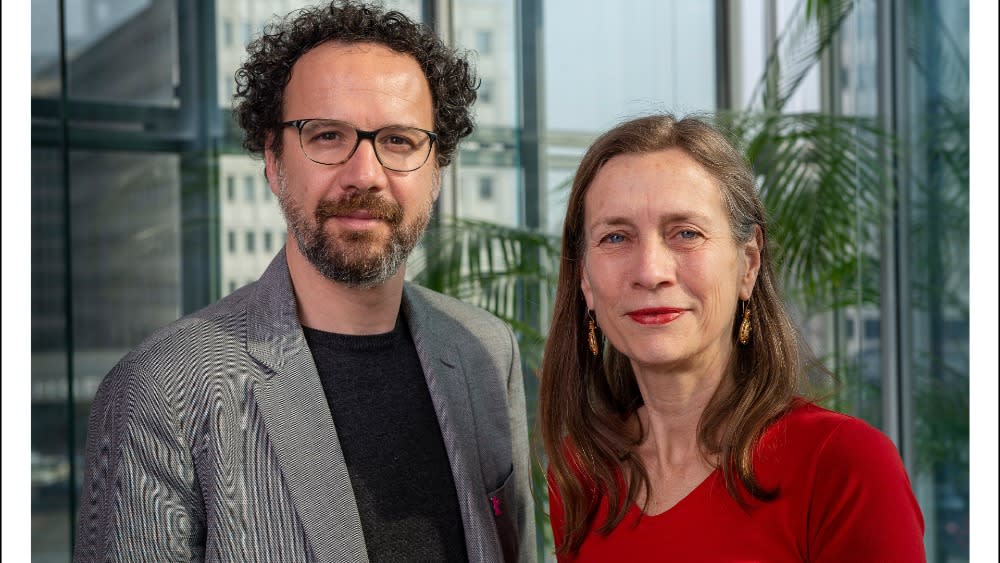 Plans are underway for the Berlin Film Festival to take place in February as a physical event with theaters at full capacity, the same number of films as before the pandemic, and a visible red carpet for the fans.

Yet, given the highly transmissible nature of the Omicron COVID variant, Berlinale Executive Director Mariette Rissenbeek and Artistic Director Carlo Chatrian are realistic that major changes will need to be implemented for the 72nd edition of the festival and the European Film Market, which runs from February 10 to 20, to continue in the middle of the pandemic.

On the one hand, there will be no parties. And in terms of international talent and guests making the trip, Omicron’s continued spread is likely to wreak havoc, though it’s unclear to what extent. In addition, masks will be mandatory not only in cinemas, but also in outdoor areas where festival-goers congregate, such as the red carpet. Meanwhile, the ticket office will be fully digital, with physical counters removed to avoid queues and groups, and replaced with an online system where tickets can be booked and / or purchased from anywhere in the world. world.

Every precaution will be taken, but Rissenbeek underlines the importance of a first quarter event for the festival. “His really essential that we can take place in February here in Berlin and be part of the whole engine of the [global] film industry. “Asked about any contingency plan for the end of the year, Rissenbeek simply replied:” At no time did anyone tell me that it was unlikely that we could take place. ” February.

German health authorities on Sunday added Britain to its list of countries from which Germany requires a mandatory 14-day quarantine after entry, regardless of their vaccination status. The UK faced a similar situation around the Cannes and Venice film festivals, with both events ultimately securing special exemptions for UK delegates. In Germany, quarantine requirements could possibly change in time for the festival.

What is decisive for the Berlinale is the situation of the cinemas.

“At the moment, in Germany, the cinemas are all open,” says Rissenbeek, noting that the cinemas are operating at full capacity and apply the German rules called 2G, which means that “only people who have been cured or vaccinated are allowed to enter”.

The 2G rule will apply to all festival venues, not just cinemas, meaning that “anyone who comes to the festival will need to be vaccinated,” adds Rissenbeek, who notes that there is no current lockdown plan in Germany, where authorities believe accelerating the booster vaccination program “will improve the situation.” At present, Germany has fully immunized over 70% of its population and over 30% have received a booster.

As for the festival’s overall seating capacity, although the Colosseum Kino in Berlin has been closed, the festival will start using the glamorous Titania-Palast Cineplex in its place. (In doing so, Berlin is going back to its roots, as the historic location of the 1920s is where the first Berlinale was held in 1951.)

As for the movies, after last year’s predominantly online Berlin edition’s lineup cut, Chatrian is teasing around 200 features taking place across different sections in 2022, a number similar to 2020. It doesn’t. There would apparently be no shortage of submitted films, even despite the uncertain COVID situation. According to Chatrian, people in the industry “are convinced that the first quarter of the year is still a good time to release films” after a launch in Berlin.

Compared to 2020, the difference “it is to have the commitment of talent to come with the film; it’s more complicated now, â€says Chatrian. Most of the companies told the festival that they were ready to bring in talent and guests, but the artistic director admits that â€œthings could change.

Last week, Berlin announced its first batch of titles as well as an Honorary Golden Bear for French actress Isabelle Huppert, which gave an indication of the types of films Chatrian and her team are looking for.

Although considerations about the flavor of the Berlin 2022 lineup are premature, Chatrian says oOne of the goals of his team is to be â€œgeographically larger in our selectionâ€. He quotes that of Sanjay Leela Bhansali “Gangubai Kathiawadi”, headlining star Alia Bhatt and screened as a special gala, for example.

Another strong international proposition, he says, is a rare film from the Central African Republic. â€œWe, students! Â», A look at the life of economics students in the overcrowded classrooms of its capital Bangui, directed by Rafiki Fariala, is shown at Panorama. Chatrian also pointed to the collectively directed “Myanmar Diaries” doc, which he called “very politically relevant. Other titles from Asia, including China and Japan, will be announced in due course.

Although 70% of the films shown in Berlin were shot during the pandemic, Chatrian says his team tried to select films “that don’t represent lockdown life” on screen. â€œWe think people want to see different kinds of stories and movies that don’t sound like they’re trapped,â€ he explains.

Berlin’s main competition will be announced at a press conference on January 19, before which a second batch of titles from different sections will be unveiled.

As for the EFM, it was revealed on Friday that the market is on track for a largely in-person edition with exhibition space at its main venues, the Gropius Bau and the Marriott Hotel, almost full.

“Under the current conditions, we can have 2,000 people in the Gropius Bau, which is slightly less than in the past, because of course we have to respect sanitary measures and distancing,” said Rissenbeek, who added that due to the distancing there may be changes in the way the stands in the market are constructed.

â€œThere is a lot of interest in participating in person,â€ she says, â€œI think a lot of people will take this opportunity in February to network and participate in different aspects of EFM.

“107 mothers”, “Captain Volkonogov escaped” among the winners of the Arcs festival