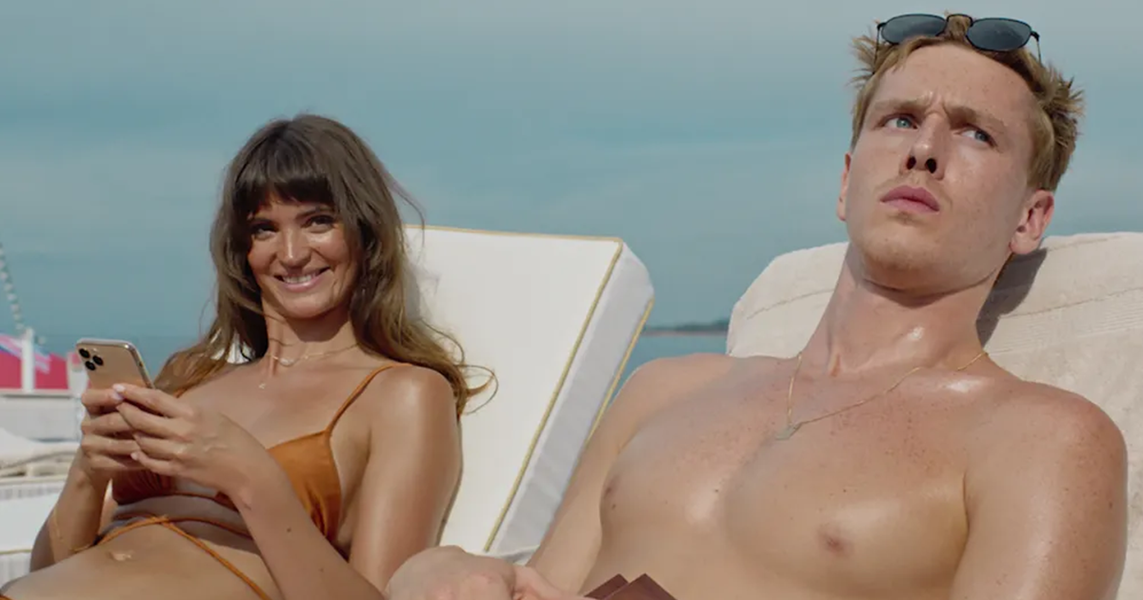 Best of Cannes Film Festival 2022: 10 films to see this year

Ask anyone privileged enough to have been there, but still daring enough to complain: it was, in every way imaginable, a terrifically unremarkable Cannes Film Festival. Very few trees could be pulled out in the slate of competition, where the author powerhouses were seemingly caught in their flop times; the adjoining strands weren’t much better, variously presenting the disappointments of beloved filmmakers and the indistinct debuts of promising future stars.

Nonetheless, for all the wet squibs, the festival wasn’t a total dud. Although even the most popular premieres proved divisive, a certain consensus emerged: that of Lukas Dhont closea delightful introduction to adulthood about two 13-year-old Dutch boys following an unimaginable tragedy, has proven popular among a plurality of critics, as has After SunCharlotte Wells’ outstanding feature debut starring Paul Mescal as a father taking his 11-year-old son on a low-budget vacation.

Movies by big names like James Gray (armageddon time), David Cronenberg (Future Crimes), and Kelly Reichardt (To show up) were also well regarded, if not considered among their best work to date. With plenty of movies slated for home release over the next year, it’s our pick of the crop you need to pay attention to.

Release date: To be determined
Director: Charlotte Wells
Cast: Paul Mescal, Frankie Corio, Celia Rowlson-Hall
Perhaps the biggest escape from this festival was that Wells, whose After Sun was unequivocally the best of the show despite premiering in the smaller tier, missed out on the Caméra d’Or, the award given to the best first film as a director. Nevertheless taken over by A24 for a broadcast in the USA, Paul Mescal’s first hype role since normal people positions him as a young father taking his 11-year-old daughter, Sophie (an incandescent and absurdly mature Frankie Corio), on a low-budget vacation. It’s amazingly filmed, edited and performed, a montage of unreliable childhood memories, the kind we carry with us for a lifetime.

Release date: To be determined
Director: James Gray
Cast: Michael Banks Repeta, Jaylin Webb, Anthony Hopkins, Anne Hathaway, Jeremy Strong
armageddon time ranks among the scum of Gray’s filmography, so his inclusion here speaks to two things: first, just how terrific the 53-year-old filmmaker is; second, that the bar in competition this year was so low. It’s a deeply autobiographical, deeply New York melodrama: Gray’s facsimile Paul (Michael Banks Repeta) is a precocious child from the suburbs of the ’80s, perpetually in trouble with his parents (Anne Hathaway and Jeremy Strong, the latter somewhat misinterpreted) as a big-headed anti-authoritarian. The only one who can reach him is his grandfather, Aaron, played by the always lovely Anthony Hopkins. More dismay arises when he befriends an equally confident black boy, Johnny (Jaylin Webb). What emerges is a fiery web of class consciousness, liberal priming and intra-racial Reagan myopia; meaningful stuff, even if the tone ends up thrown into a mixer.

Wine and Cheeseburger: Harley and Lara pair Falafel with wine

Director: Hirokazu Kore-eda
Cast: Song Kang-ho, Gang Dong-won, Bae Doona, IU
Kore-eda does what he does best in Broker, a tale of hoodlums conceived on the fringes of South Korean society. There is a system in the country called “baby box”, allowing reluctant parents to have their children adopted anonymously, thus circumventing a taboo. Two men (Parasiteby Song Kang-ho and Peninsula‘s Gang Dong-won, both formidable) take advantage of this to, well, steal babies dropped off in said boxes to resell them on the adoption black market, thus being the eponymous brokers. A mother, wracked with guilt over giving up on weaning, joins them on a road trip to find the right adoptive parents, and thus an unconventional, disparate family is formed. It’s not quite the palm Shoplifterswhich plays to much of the same tune – atypical broods formed of social outcasts, just trying to get by – but it’s sweetly touching nonetheless.

Release date: To be determined
Director: Lucas Dhont
Cast: Eden Dabrine, Gustav de Waele, Emilie Dequenne
Dhont’s feature debut, Daughter, has polarized audiences as a well-meaning, empathetic, yet woefully flawed take on the trans coming-of-age experience. With the Jury Prize close, Dhont presents another bildungsroman, albeit closer to home, and so much the better for it: it is about two boys in their early teens so inseparable that they are mistaken for young lovers by their classmates ( you hardly need to read between the lines). Their close bond is torn apart by untold tragedy in the first act, and your eyes will be watering afterwards. A slam-dunk of a second image.

Release date: July 7
Director: Marie Kreutzer
Cast: Vicky Krieps, Florian Teichtmeister, Katharina Lorenz
Vicky Krieps, Luxembourg actress best known in the United States for Paul Thomas Anderson ghost yarn, had a stellar Cannes with two standout premieres. First came the move More than ever, in which she plays a 33-year-old, happily married man with a terminal illness; later Bodicethe Marie Antoinette– Subversive and subversive period piece telling, in a way, the beleaguered life of Empress Elisabeth of Austria. The latter is the most moving, bringing with it favorable comparisons to the recent mythology of Pablo Larrain’s Diana, spencer. This too lies outside the realm of neat factuality, less concerned with the story of a royal than with that of a quietly beleaguered woman.

Release date: June 3
Director: David Cronenberg
Cast: Viggo Moretnsen, Léa Seydoux, Kristen Stewart
It begins with a child eating a plastic trash can before being smothered with a pillow by its mother, likely the expected trigger for much-talked-about premiere walkouts that didn’t actually happen. Later, Cronenberg makes a belated return to the bloodthirsty villains that made his career: Future Crimesalready released in theaters, is set in a coming dystopia in which humanity has evolved beyond the need for pain, and following the logic of physiological fascination, surgery has become the new sex. Léa Seydoux and Viggo Mortensen form a duo of performers who sculpt themselves, erotically, in surgical organ-machines for the pleasure of a hushed audience. Like Cronenberg’s Accidentpain and pleasure, exhibition and voyeur, are intertwined beasts.

Release date: To be determined
Director: Owen Klin
Cast: Daniel Zolghadri, Matthew Maher, Miles Emanuel, Marcia Debonis, Michael Townsend Wright
fans of Uncut Gems will probably love the A24s funny pagesOwen Kline’s first film (whom you know best as The Kid in Noah Baumbach’s The squid and the whale). Produced by the Safdie brothers, pages brings back a coterie of ensemble musicians from the frenzied star of Sandler, for a coming-of-age as youthful as the outlines of a rooster drawn in the margins of schoolbooks. The lead is the formidable Daniel Zolghadri: He plays another precocious teenager, Robert, who decides to drop out of high school to pursue his comic book skills. While variously touching and hilariously funny, it’s not perfect, but my god, is Kline going to make a great second picture.

Release date: September to be determined
Director: Brett Morgan
Any filmmaker with access to David Bowie’s complete discography is already onto a winner, and Lunar Reverie— Brett Morgen’s kaleidoscopic, maximalist and radical docu-montage covering Bowie’s life and career — is no exception, with its soundscape of pop-rock hits. But here are two hours and twenty minutes that fly by like a rocket, spinning beyond rigid conventions; sometimes a film-concert, sometimes a film-memory, often both at the same time. Morgen has cooked up a treat for fans and Bowie agnostics.

Release date: To be determined
Director: Kelly Reichard
Cast: Michelle Williams, Hong Chau, Andre 3000
Another slow burner from Reichardt, after 2019 first cow, To show up was relegated to the last day of the festival, by which time most of the critics in attendance had already left. Those who saw it, however, celebrated it as a quintessentially minimalist, everyday tour de force, with a moving lead in frequent collaborator Michelle Williams. Continuing the trend of self-fiction at this Cannes, Reichardt’s eleventh feature is arguably his most true to himself: a lavish character study, Williams’ sculptor struggles to make art amid a whirlwind of mundane tribulations. The 58-year-old director never misses, and To show up is no different.

a two-day games and entertainment festival is coming to dubai