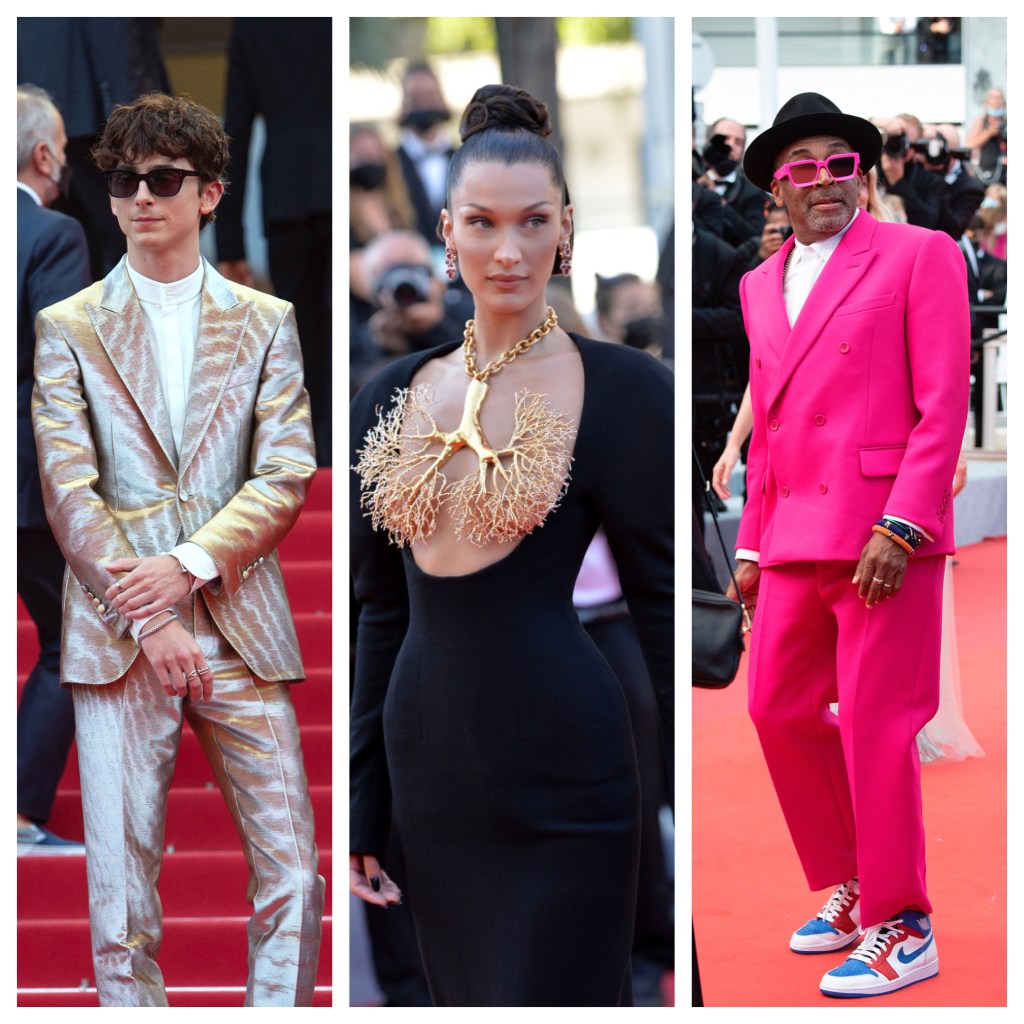 The 2021 Cannes Film Festival red carpet offered viewers the much-needed haute couture moments that were lacking throughout the pandemic.

After two postponements, this year’s film festival brought together big stars like TimothÃ©e Chalamet, Marion Cotillard, Bella Hadid, Spike Lee and others who used the Cannes red carpet to make a statement with their colorful and fantastic looks. .

Many stars have turned to recent fashion shows for their red carpet looks in Cannes, including Hadid, who made headlines on July 11 when she wore an avant-garde Schiaparelli dress and necklace. from the design house’s recent fall 2021 couture collection.

Here, WWD breaks down some of the most notable fashion looks from the 2021 Cannes Film Festival. Read on to find out more.

Bella Hadid has long been a staple at the Cannes Film Festival, regularly making an impact for her sultry yet elegant style over the past few years. The model brought her signature style back to this year’s film festival on opening night, wearing a vintage white Jean Paul Gaultier bodycon dress with a black tulle cape and matching bodice from the designer’s Spring 2002 collection. .

Hadid’s biggest fashion statement, however, came on July 11 at the screening of â€œThree Floors,â€ where the model wore a long-sleeved black wool-crepe dress with a low neckline and gold brass collar. shaped trompe l’oeil lungs from Schiaparelli’s recent fall 2021 couture collection which debuted earlier this month.

TimothÃ©e Chalamet has been a red carpet star to follow since the Oscar nominated actor rose to fame in 2017. His first Cannes Film Festival appearance on July 12 – which was for the premiere of Wes Anderson’s star-studded film “The French Dispatch – was Chalamet’s first big red carpet appearance since the start of the pandemic. Chalamet attended the premiere wearing a silver and gold metallic Tom Ford suit with matching boots and black sunglasses.

Tilda Swinton joined her co-stars at the premiere of “The French Dispatch” on July 12 in an eye-catching Haider Ackermann look. The actress wore a cropped pink bolero blazer and matching top with a floor-length orange skirt, which she paired with a green sequined long-sleeve shirt.

Jodie Turner-Smith wore a custom Gucci dress to the premiere of “Stillwater” during the festival on July 8th. The actress’ look consisted of a black vinyl and crystal embroidered strapless corset with a dramatic white to yellow ombre skirt designed with crystal embroidery and ostrich feathers.

Tina Kunakey opted for a couture moment at the “Benedetta” premiere on July 10th. The model wore a hooded dress from Valentino’s Spring 2020 couture collection, consisting of a purple radzimir cape and a silk dress adorned with the design house’s red faille bow.

Actress and musician Lou Doillon wore the closing look of Gucci’s Fall 2021 “Aria” ready-to-wear collection on the opening night of the Cannes Film Festival. The black and gold dress was made in a cady lamÃ© fabric with a pleated skirt. Doillon accessorized the dress with the anatomical, heart-shaped clutch bag embellished with crystals from Gucci, which also debuted in the “Aria” collection.

Longtime Chanel ambassador Marion Cotillard wore several looks from the design house throughout the festival. At the opening night of the first film of her film “Annette”, the Oscar-winning actress wore a metallic silver dress from Chanel’s fall 2020 couture collection. The dress featured an asymmetrical shoulder strap and a ruffled skirt.

The former French first lady and model wore several eye-catching dresses to the festival from design houses like Celine and Saint Laurent. She attended the festival’s opening night wearing an elegant bodycon dress by Hedi Slimane for Celine, who designed the pastel blue dress with crystal embellishments.

French actress Leila Bekhti opted for an unconventional costume for the opening night of the Cannes Film Festival. She wore a custom Givenchy look that consisted of an off-the-shoulder white grain de poudre tuxedo jacket worn over matching pants.

Salma Hayek honored with the Women in Motion award from Kering

Sharon Stone returns as host of amfAR gala in Cannes

Abigail Breslin on coming to Cannes after a year of defeat