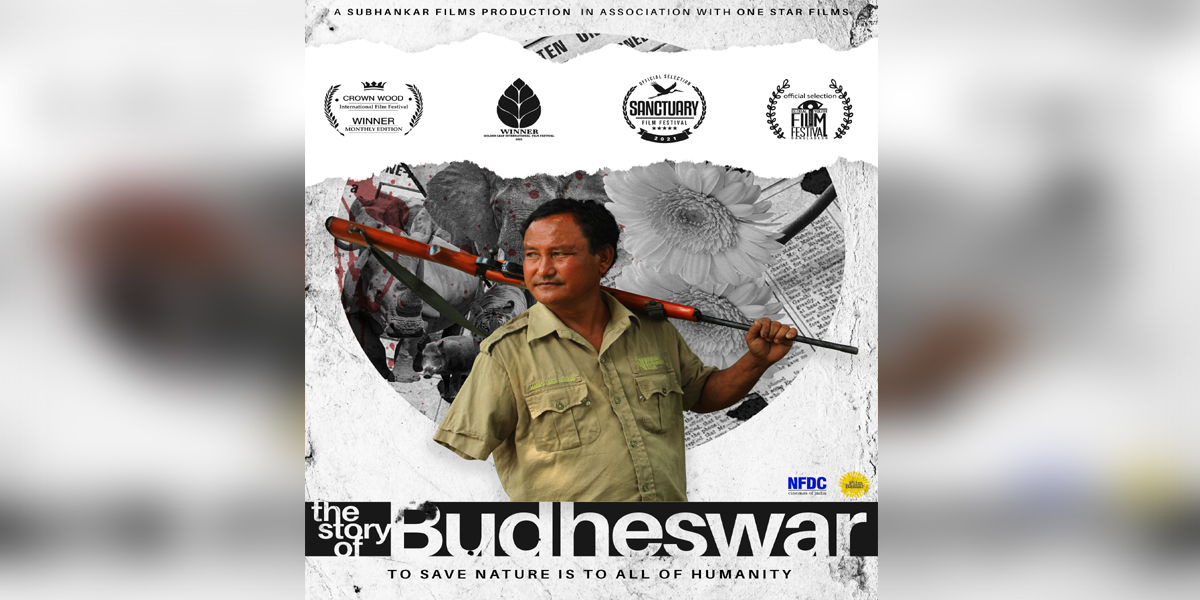 The documentary was also screened at the Largest Film Bazaar in South Asia’s Film Market, 2021, hosted by the National Film Development Corporation (NFDC).

The documentary was also screened at the 5th Global Youth Film Festival which was held in Bangladesh from December 26-28, 2021.

“The Story of Budheswar” is a short documentary in the Bodo language, which describes the story of the poacher who became nature lover – Budheswar Boro.

The documentary shows how Budheswar Baro, once a poacher, became a nature lover.

Cinematography for the documentary is directed by Biswajit Roy and Bishal Swargiary.

The sound on site is made by Pinku Swargiary and Umit Basumatary. The music for the documentary is given by Arnab Bashistha.

Mixing and mastering are provided by Ishanu and Vivaan. The colorist of the documentary is Uddipta Kumar Bhattacharya.

The movie poster was designed by Pranjal Medhi. The subtitles were given by Shiva Muchahary.

Meanwhile, additional footage was curated by Ramesh Narzary and Partha Pratim Das. The documentary was edited by Dhiraj Das.