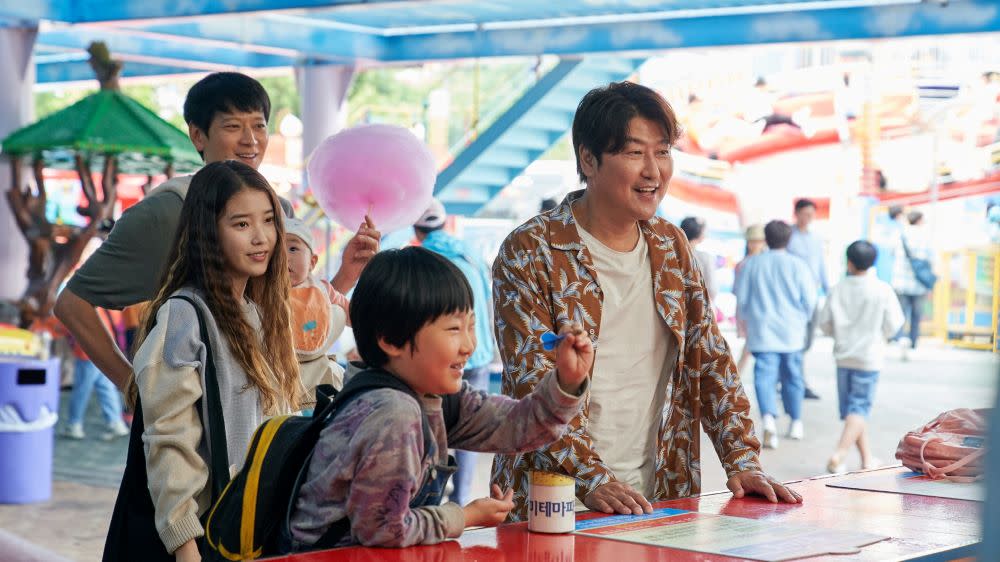 “Broker”, the unconventional family drama that appeared in competition last month Cannes film festivaltopped the box office in South Korea on its opening day on Wednesday.

“Broker” grossed $1.10 million, enough to knock crime actor “The Roundup” out of the top spot he had enjoyed for three weeks and made it the highest-grossing film this year.

According to data from the Kobis tracking service operated by the Korean Film Council, “Broker” played on 1,590 screens and sold 145,000 tickets for Wednesday screenings. Its running total of $1.15 million includes some $44,000 in previews earned across 14 screens.

The feat of a local arthouse film reinforces the idea that cinema attendance is rebounding in Korea. The country was once the fourth largest theatrical market in the world, thanks to high per capita attendance rates.

The Korean theater industry, however, has been moribund for much of 2020 and 2021 due to COVID restrictions, a threadbare release schedule, and aggressive competition from streaming platforms. With the omicron wave hitting Korea between February and April this year, the box office hit even lower depths.

Theatrical restrictions were completely lifted in early May, and the Korean release schedule is currently being rebuilt.

Made by Japan Kore-eda HirokazuThe Korean-Language ‘Broker’ Won Cannes Best Actor Award For Male Lead With ‘Parasite’ Star Song Kang-ho. Playing like a rambling road movie, more than a crime story, the film tells the story of two lucky people trying to arrange an adoptive home for an unwanted baby, the mother of their accompanying child and two women police on their trail.

The film’s other performers are also major draws in Korea. Second male lead, Gang Dong-won is a veteran who starred in hits such as “Peninsula,” “Golden Slumber,” and “The Priests.” Li Ji-eun, better known as IU, is a major singing star in Korea who has appeared in several TV series, including the Netflix show “Crash Landing on You”, but has a number of long much smaller footage. Bae Doo-na, who plays one of the police officers, has previously starred in hits “The Host” and “Cloud Atlas” directed by Bong Joon Ho. She is currently filming Zack Snyder’s “Rebel Moon.” And Lee Joo-young, who plays the junior police officer, recently came out of the hit TV series “Itaewon Class.”

The film was produced by Zip Cinema. Financing, local release and international sales are handled by CJ Entertainment.

A Russian non-Russian year at the Cannes Film Festival