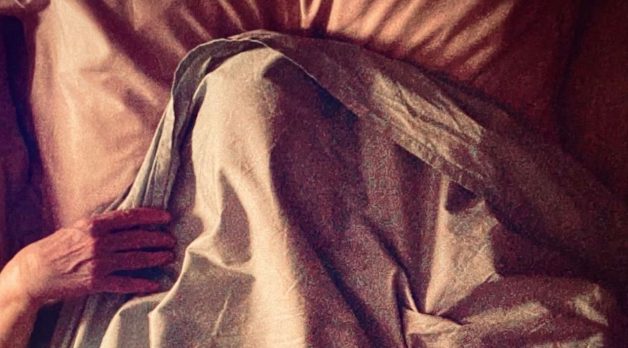 I generally intend to use this latter post as an award cleanup, in which I tackle award-winning movies that I haven’t covered in my previous dispatches. This year will have to be different, as Spike Lee’s jury has awarded many films that I have already found generative enough to have given them space here. It is not unusual, however, that the jury did not award any accolades to the two films which, in my opinion, were the most commendable on the competition list, namely Bruno Dumont’s Crazy. France, who could justifiably have won any award on the menu except for Best Actor (although Macron’s subconscious cameo would have been an inspired choice, either that or a tech award for whoever made the green test). In particular, LÃ©a Seydoux’s performance as France de Meurs, an ambitious news anchor in the midst of a spiritual crisis, is frankly incredible, an on-screen presence as vivid as any I’ve seen since. years. Likewise, Sean Baker is manic and intoxicating Red rocket Could’ve won it all, especially for the unexpected work of Simon Rex and Suzanna Son, the latter of which seems destined for bigger things. It is not at all intended to overshadow the big winner of the year, Titaniumby Julia Ducournau; his historic Palme is well deserved and undoubtedly the most responsible choice the jury could have made.

With Dumont, Ducournau, Mia Hansen-LÃ¸ve and Leos Carax all more or less up to par, it was a particularly strong crop of Gallic Cannes films competing for the Palme. It could have been even stronger, with the characteristic and unusually heartbreaking rigor of Gaspar NoÃ©. Vortex be fired in the non-competitive Cannes PremiÃ¨re sidebar. Opening with a dedication – â€œTo all whose brains will decompose in front of their heartsâ€ – the film’s line of action on the pitch was that it was about â€œGaspar NoÃ©’s Love. “If we are literal, it is clear that this designation belongs to Love (2015), although the Haneke comparison makes immediate sense: an elderly couple (legendary giallo director Dario Argento alongside FranÃ§oise Lebrun, The mother and the whore [1973] glory) faces the end of their life together when one of them begins to succumb to Alzheimer’s disease. The downward spiral is initiated in a foreground of the two in bed, when it is wide VortexThe CinemaScope frame is cut in half by a bold black line that permanently divides the frame (and the unit of the pair) in half. From there, the two 1.2: 1 compositions remain fixed on their respective subject matter, following in real time tracking shots as each goes where it can. Cuts are rare, although Noah makes sure to use his signature blink cuts so he can move discreetly between takes, if necessary.

While there is a very determined trajectory to the action, Noah says the film was entirely improvised. To some extent, it shows. There are long periods when no one is speaking; Argento typing in his office as he works on a book about cinema and dreams he is considering titling Psyche (by pure chance, Psyche was also the working title of Noah’s 2018 headtrip, Climax), while Lebrun runs a race that she cannot finish. The dual presentation keeps things alive – there is always something to watch, a juxtaposition to consider – and allows for an impressive mapping of both spatial and psychological spaces in progress. The moments when the two momentarily intersect in the other’s visual plane are always invigorating and also poignant. More … than Love, I felt a semblance with the emotional landscape of Leo McCarey’s devastator Up to tomorrow (1937), a film which, like Vortex– is inspired by Japanese melodramas (Ozu for McCarey; Mizoguchi, Naruse and Kinoshita for NoÃ©). I cannot make the biggest claims for Noah’s dramatic skills; its strengths lie mainly in its expressive consideration of the relationship between the body of the film and that of the viewer. With its delusions and aggressors Lux Ã†terna (2019) is still flashing in the rearview mirror, it’s encouraging to know that it’s locating voids where you least expect them.

There is no real whirlwind in Noah’s calm and patient film that cannot be said of Peter Tscherkassky’s latest experimental short, Train again, unveiled at the Directors’ Fortnight (the fourth of its films to do so) and, to my knowledge, the only film screened at Cannes in 35mm (even if, alas, my day after the screening was a DCP). Those who have already been introduced to the work of the Austrian materialist will be well prepared for the latest in his ongoing film series in which the cinema feverishly collapses on itself. As many structuralists before him have done, Tscherkassky invokes the deep historical and formal links of cinema with the locomotive, and revel in the shocks generated by the images of slipping machines (a gesture that the film’s own celluloid body reproduces nausea). Tscherkassky dedicates Train again to his compatriot Kurt Kren, who died in 1998 and whose work frequently exploited the kinesthetic potential of rapid editing and graphic correspondence. Driven by this intratextual reference, I understood why Tscherkassky would align his project with Kren’s, even though my mind tended to drift more often towards Soviet montage innovators like Vertov and Eisenstein, not to mention early practitioners of cinema (the LumiÃ¨re brothers, Edwin S. Porter, et al) whose films are explicitly summoned into the maelstrom. Unlike the best of Tscherkassky (namely, Cosmos [1999] and Instructions for a light and sound machine [2005]), Train again only clicks in spurts, but it indicates a promise of regeneration – a familiar, story-rich past that can still be re-presented and revitalized. In a year when Cannes was trying to convince the world that our declining models of conventional exhibition and storytelling are essential to the future of industry and media, I saw in Train again a last, almost resigned sigh. At that time, I admit it was very good.