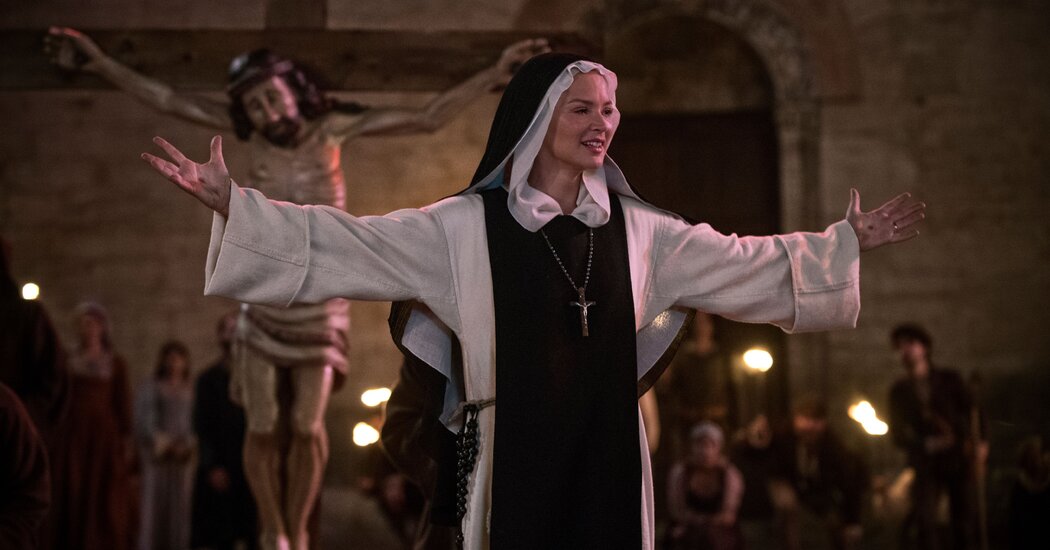 CANNES, France – Forgive them, Father, for they have sinned. Many times! Creatively! And wait until you hear what they did with that statuette of the Virgin Mary.

The bad girls I’m referring to are Benedetta and Bartolomea, two seventeenth-century lesbian nuns at the center of the new drama “Benedetta”, which made its debut on Friday at the Cannes Film Festival. It’s a delicious and sacrilegious provocation from Paul Verhoeven, the director of “Basic Instinct”, “Showgirls” and “Elle”, and at 82, Verhoeven is showing himself to be more dashing than ever.

Based on Judith C. Brown’s non-fiction book “Immodest Acts: The Life of a Lesbian Nun in Renaissance Italy”, the film follows Benedetta (Virginie Efira), a young nun so convinced that she is the wife of the Christ that she even dreams of a handsome shirtless Jesus flirting with her. And why wouldn’t he? Benedetta is a blonde bombshell who looks less like a devout 17th-century nun than a Charlie’s Angel in disguise, and when pretty peasant girl Bartolomea (Daphne Patakia) arrives at the convent, she begins to make eyes at Benedetta too.

Nun-on-nun action ensues much quicker than you might think, given that this convent is run by a strict Mother Superior (Charlotte Rampling) and Benedetta is prone to visions that end in the manifestation of stigmata. . But as her religious ecstasy grows increasingly orgasmic, Benedetta eventually finds a hotter, more down-to-earth way to reach that climax. “Jesus gave me a new heart,” she told Bartolomea, exposing a breast. “Feel it.” (Look, they did the foreplay very differently in the 17th century.)

Once their sexual relationship heats up, these nuns find their habits easy to kick off but hard to break. Eventually, a statuette of the Virgin Mary is carved out of a sex toy and after Benedetta and Bartolomea, uh, apply themselves to it, the Cannes press screening audience applauds the film’s blasphemous sass. Verhoeven has always had a knack for making the ridiculous divine, and now the reverse is also true.

Still, during the “Benedetta” press conference, Verhoeven insisted the scene wasn’t blasphemous at all.

Maybe, but Verhoeven’s version still gives the truth a bit of a makeover, since Benedetta and Bartolomea still seem to be sporting eye makeup, foundation, and lipstick. While their faces are never bare, their bodies often are, and would you be surprised to learn that when these lithe nuns strip down, they’re as toned and trim as a Playboy centerfold? In the convent, God may be watching, but Verhoeven’s gaze trumps everything.

If any viewers call out “Benedetta” for serving up religious commentary with a side of cheesecake, Verhoeven remained indifferent. “Usually when people have sex, they take their clothes off,” Verhoeven said matter-of-factly. “I’m amazed, deep down, at how unwilling we are to look at the reality of life.”

His actresses expressed no qualms about their sex scene. “Everything was very happy when we got naked,” Efira said, while Patakia told the media that when Verhoeven realizes, “You forget you’re naked.”

Yet they never lost sight of how necessary they would be to push the boundaries.

“I remember reading the script to myself and thinking, ‘There’s not one normal scene,'” Patakia said. “There is always something destabilizing. She added, “So I immediately said yes.”