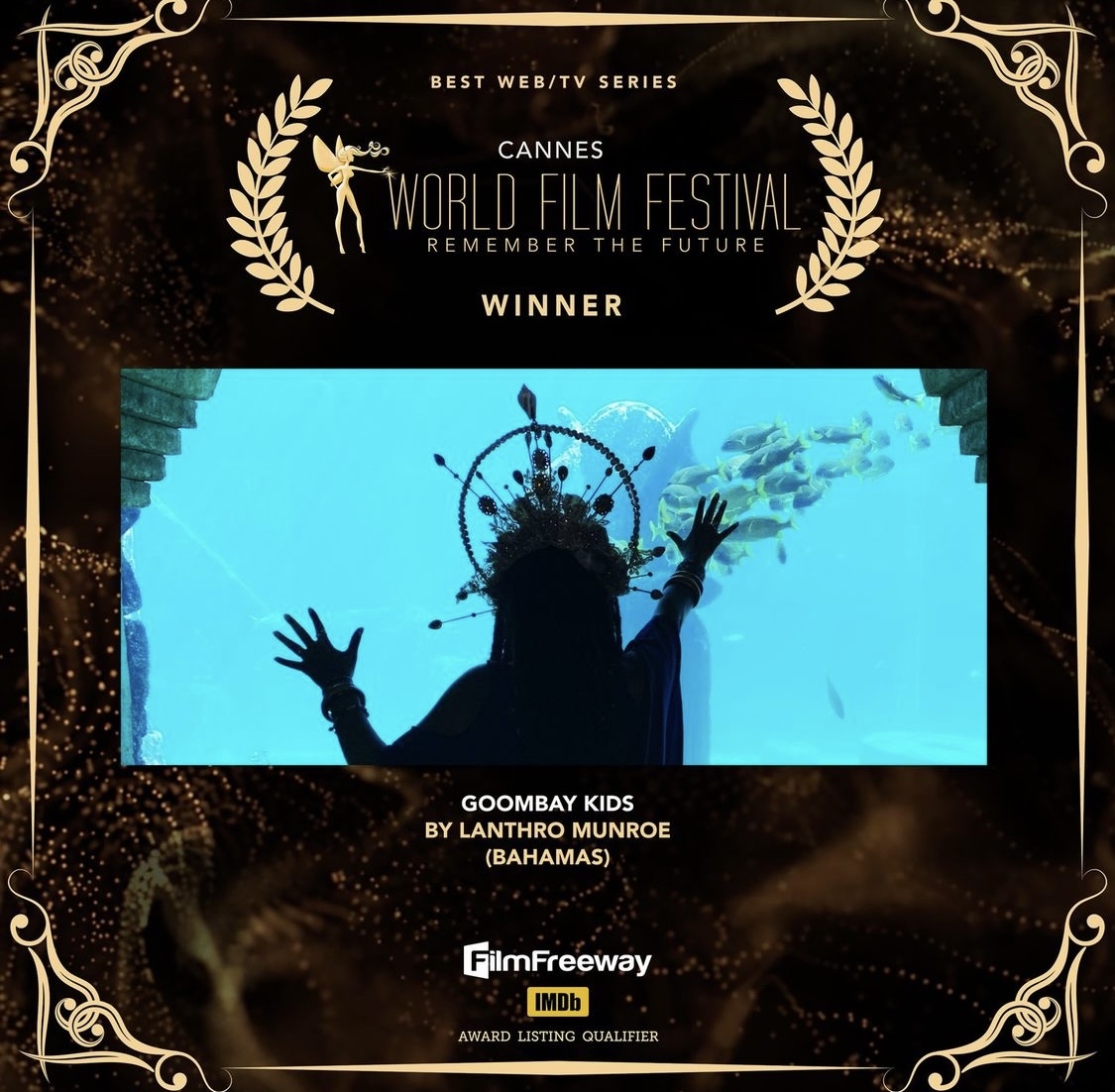 NASSAU, BAHAMAS – Goombay Kids, the Bahamas-produced children’s show, has created an international buzz with five international awards to its name, now including the Cannes World Film Festival awards for Best Web/TV Series and the top producer for Stephanie K Nihon, who created the Show.

Nihon said, “Congratulations to the incredible writers, directors, producers, crew and cast whose entire last summer was dedicated to making this final season of Goombay Kids a reality.

“We could not have done this without the dedication and support of REV Cable Bahamas, MoVi Group, Valley Boys Junkanoo Group, Ministry of Youth, Sports and Culture Cultural Grant and LFD Productions .”

The groundbreaking educational show features stunning Bahamian sights as well as Atlantis, the National Art Gallery of the Bahamas, the Pirate Museum, all the islands of the Bahamas and even Junkanoo.

She is also the force behind the Caribbean’s leading film and theater school, Bahamas Artist Movement and the former Executive Director of the Ministry of Culture.

Nihon said, “The very talented all-Bahamian cast and crew brought this vision to life and I am absolutely thrilled that they have been recognized internationally for their hard work and dedication.

“It’s a great honor to be awarded Best TV Series and Best Producer by the Cannes World Film Festival, which regularly rewards well-known faces through its prestigious awards ceremony.”

An episode of Goombay Kids being filmed at the National Art Gallery of The Bahamas (NAGB). (CHILDREN OF GOOMBAY)

Javien Rankine (Netflix’s Mighty Express), Ravyn White and Keara Jones, all with CMM Talent Agency in the Bahamas, are the child stars of Goombay Kids. (CHILDREN OF GOOMBAY)

Famous Bahamian actress and Fisk University graduate Leah Eneas has been nominated for Best Actress at the Multidimensional Film Festival (UK) for her role as Mama DLo in Goombay Kids. The character has drawn comparisons to Queen Quet of the Gullah Geechee and West African ocean deity Yemaya. (CHILDREN OF GOOMBAY)

Eneas said: “It’s going to sound cliché, but it feels surreal and I still can’t believe it.

“I didn’t even know I had been entered into the category at so many film festivals to begin with, so this was a huge surprise.

“I feel ‘legitimate’ now, even though I literally have a degree in performance.”

Eneas received a Bachelor of Arts in Theater and Speech/Dance and Communications from Fisk University, where she pledged Delta Sigma Theta Sorority Inc in 2005.

Her character on Goombay Kids has been compared to Queen Quet of the Gullah Geechee people and Yemaya, a West African motherhood and ocean deity.

“This character felt very natural to me to play. Mama DLo sings, crochets and tells stories like me,” Eneas said.

“She protects children, while protecting the legends and stories of the African Diaspora in the Bahamas and the Caribbean.

“I feel as the actress who plays her, I am passing on the legacy and the stories to all future Bahamian children in the arts.

“She is very important to me and my development as a performer.”

Other awards and recognitions of the festival: