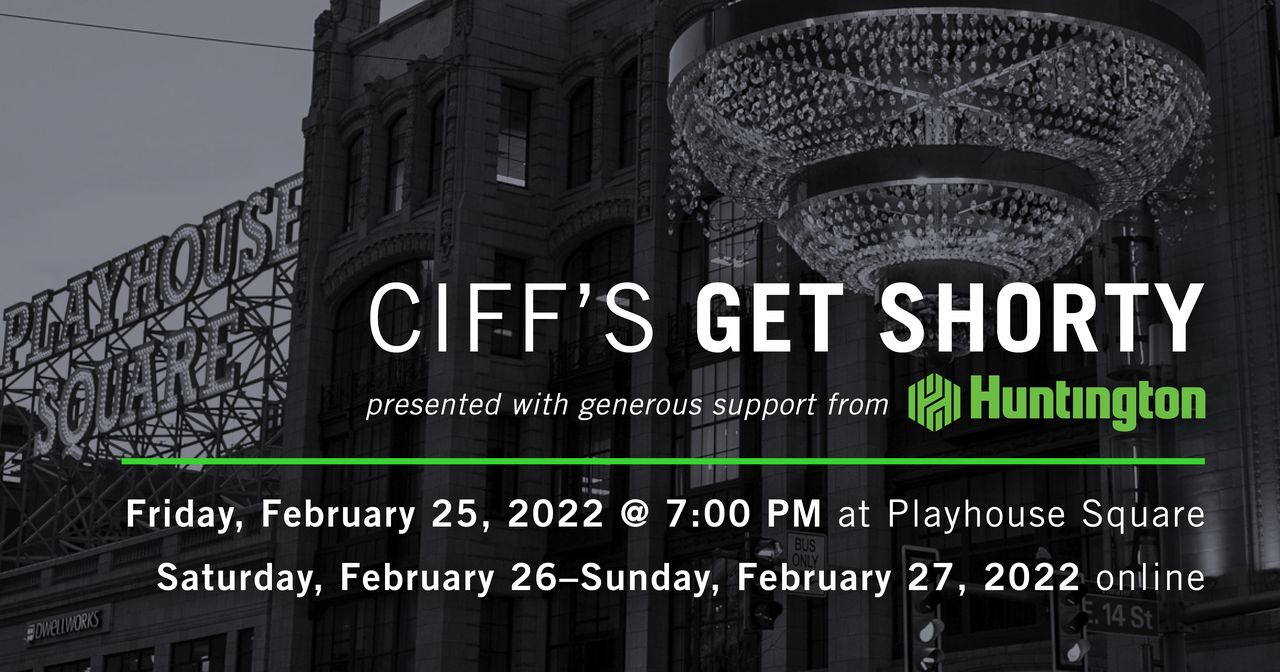 The films will also be available for streaming, for viewers who wish to stay at home.

The Playhouse Square portion of the event marks CIFF’s first in-person event in two years since the pandemic began. “Get Shorty” is sponsored by Huntington Bank.

“The Get Shorty program is a fun and interactive way for people to help select short films to screen at the upcoming Cleveland International Film Festival,” Sean Richardson, regional president of Huntington Bank, said in a statement. hurry. “We are longtime fans of the festival and proud to partner with CIFF to bring this unique cultural event to Cleveland residents.”

“We are deeply grateful for Huntington’s continued and generous support of Get Shorty and the Cleveland International Film Festival,” CIFF Executive Director Marcie Goodman said in a press release. “Together, we welcome moviegoers to our first in-person event in two years. And we can’t wait.

Tickets for the in-person event at the Mimi Ohio Theater are $40 for CIFF members and $50 for the general public. Along with the cinematic event, attendees can also enjoy appetizers and a cash bar.

Eight films will be featured on the program, with SMS voting following each film, according to a press release. The film with the highest rating will be included in the main event of CIFF, which will take place from March 30 to April 9 at Playhouse Square and will air from April 10 to 17.

The virtual version of “Get Shorty” costs $8 for CIFF members and $10 for the general public. On-demand viewers won’t be able to vote, but they will be able to watch the films anytime between 11 a.m. Feb. 26 and midnight Feb. 27, according to a press release. The films can be viewed on the CIFF streaming platform.

CIFF is fast approaching, and the festival plans to announce its lineup on Friday, March 4, according to a press release. Tickets for the main festival will go on sale to CIFF members on March 11 and to the public on March 18.

Find more information about “Get Shorty” and CIFF at clevelandfilm.org.

Get the weekend off to a good start and Register for cleveland.com weekly “In the CLE” email newsletter, your essential guide to the best things to do in Greater Cleveland. It’ll hit your inbox on Friday morning – an exclusive to-do list, focused on the best of weekend fun. Restaurants, music, movies, performing arts, family fun and more. Click here to subscribe. All cleveland.com newsletters are free.