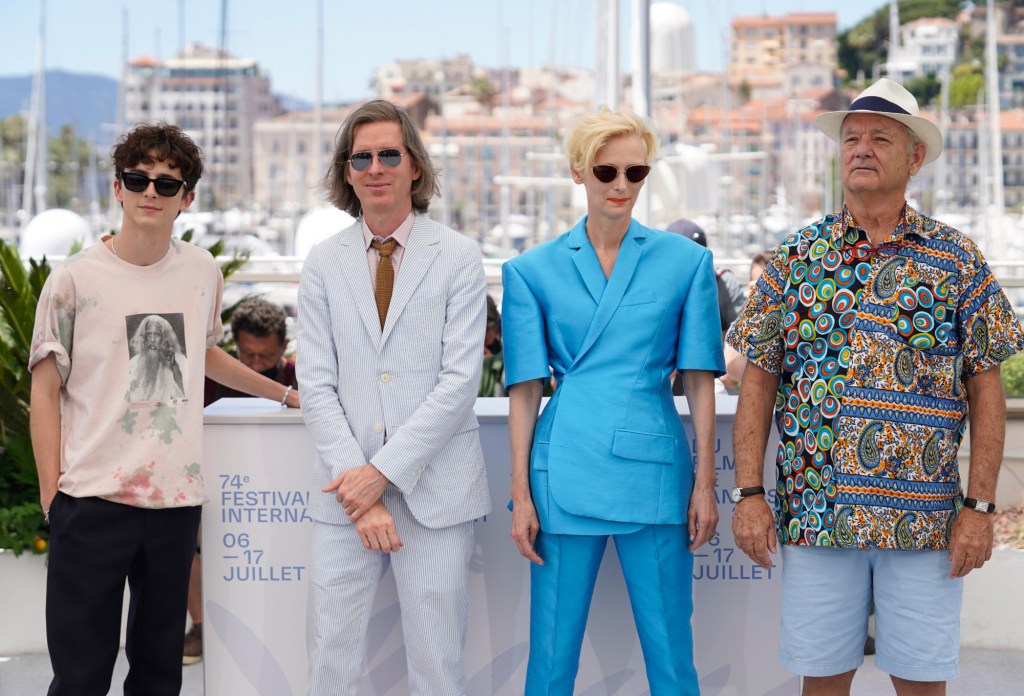 The internet remains undefeated when it comes to finding an innocent photo and turning it into a meme.

The latest trending image to get the treatment is from the Tuesday photocall of the movie “The French Dispatch” at the 74th Cannes Film Festival. TimothÃ©e Chalamet, director Wes Anderson, Tilda Swinton and Bill Murray pose for photographers at a press conference, but their dress suggests they haven’t agreed on a dress code beforehand.

Chalamet wore a pink t-shirt with pants while Anderson paired a white suit with a pink shirt and beige tie. Swinton, who wowed the red carpet throughout the festival with futuristic looks, wore an electric blue Haider Ackermann suit, and Murray pulled off a look that Vogue called “wacky chic.” The comedic actor looked comfortable in a printed shirt with psychedelic patterns, blue shorts, sneakers and a fedora.

The clash of styles has inspired Twitter users to come up with memes that characterize everything from vacation photos to art.

I would like this photo of Bill Murray wearing this outfit and two watches at the premiere of The French Dispatch to be kept and displayed in the Louvre next to the Mona Lisa. The balance of her outfit versus Tilda Swinton’s pointy costume is HIGH ART. pic.twitter.com/90WudoGQPl

Bill Murray looks like he’s one of the four horsemen of the fashion apocalypse pic.twitter.com/xVcsTjXZuP

Twitter users in Colorado have turned the trend with neighborhood referrals for every person.

This Twitter user tried to get everyone back on track, even though he gave Chalamet an extra “e”.

Damn, everyone is so bad at this.