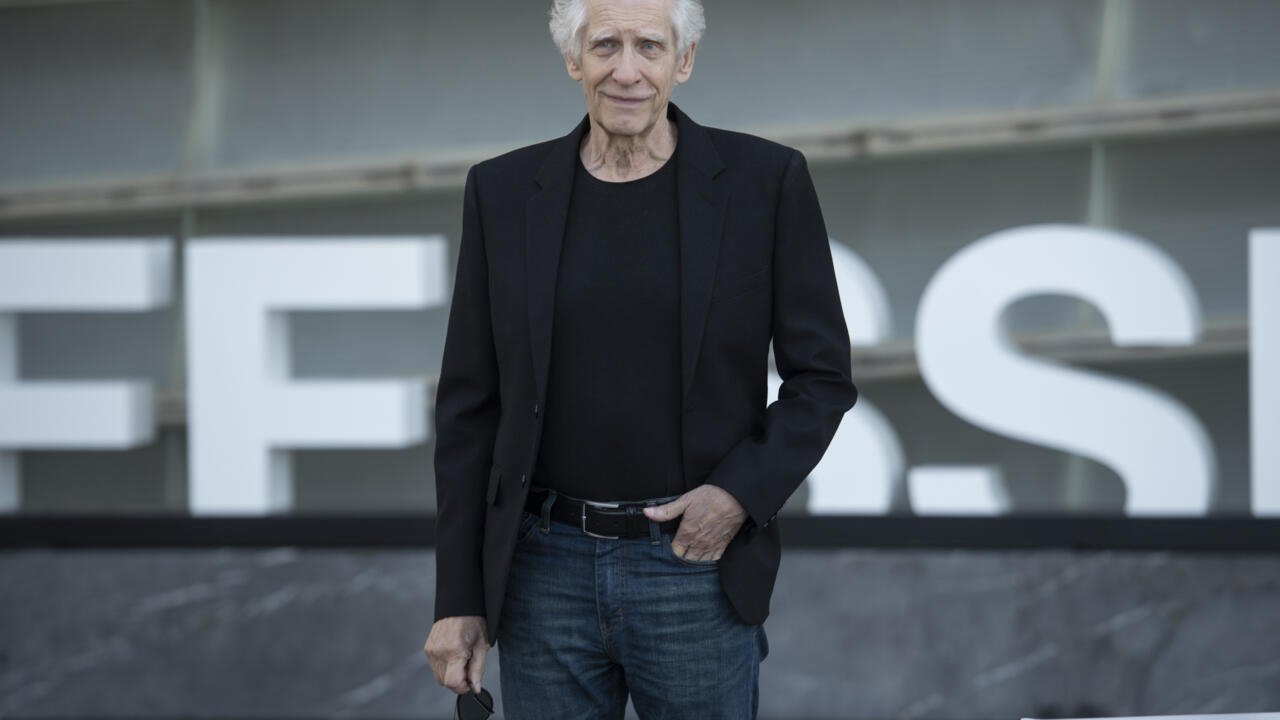 San Sebastian (Spain) (AFP) – Canadian director David Cronenberg, the master of body horror classics, was due to be honored at the San Sebastian film festival on Wednesday for a lifetime of work examining the dark side of the soul.

The sci-fi shockmeister, whose films include ‘The Fly’, ‘Dead Ringers’ and ‘Crash’, was due to receive the honorary Donostia award at a gala in the northern Spanish city.

Earlier on Wednesday, the 79-year-old – whose latest film ‘Crimes of the Future’ is a dystopian tale about a future where people undergo surgical alterations for art and sexual pleasure – said his work doesn’t was not to seek to push the spectators to the limits but to push themselves.

“It’s like I’m on a creative journey exploring myself, my relationship with the world. I make things up and see what it feels like…do they reveal a truth, something interesting, something entertaining,” he told reporters at the festival.

“And then I say to the audience: This is something I imagined, see what you think. So I’m not really trying to push the audience, I’m really pushing myself.”

When the film, starring Kristen Stewart, Lea Seydoux and Viggo Mortensen, premiered at Cannes in May, it split audiences, sending many uneasy viewers running for exits but also winning a standing ovation. up for seven minutes.

It will be screened later Wednesday in San Sebastián.

“The attraction of the forbidden”

“The appeal of art is to the unconscious, to the parts of ourselves that are still primitive and destructive, so in this way we as artists explore those things that are hidden, that are forbidden , which should not be dealt with in society, but still need to be understood and expressed,” Cronenberg said.

“The attraction of cinema has always been what is forbidden, whether it was as simple as sex in a time of repression, when sex should not be shown on the screen, to other genres of more obscure impulses like the ones you could see in ‘Crimes of the Future,'” he said.

Winning the Donostia Prize was an encouragement to continue making films, he said.

“I used to think that if you got an award for your entire career they would say enough, stop making movies, but now I realize it’s really to say: keep making movies,” did he declare.

“So I hope to commit more crimes in the future by making more films.”

He said his next project is a film called “The Shrouds” starring Seydoux and Vincent Cassel, which will begin filming in Toronto in the spring.

“It’s a very personal project for me. People who know me will know which parts are autobiographical,” he said.