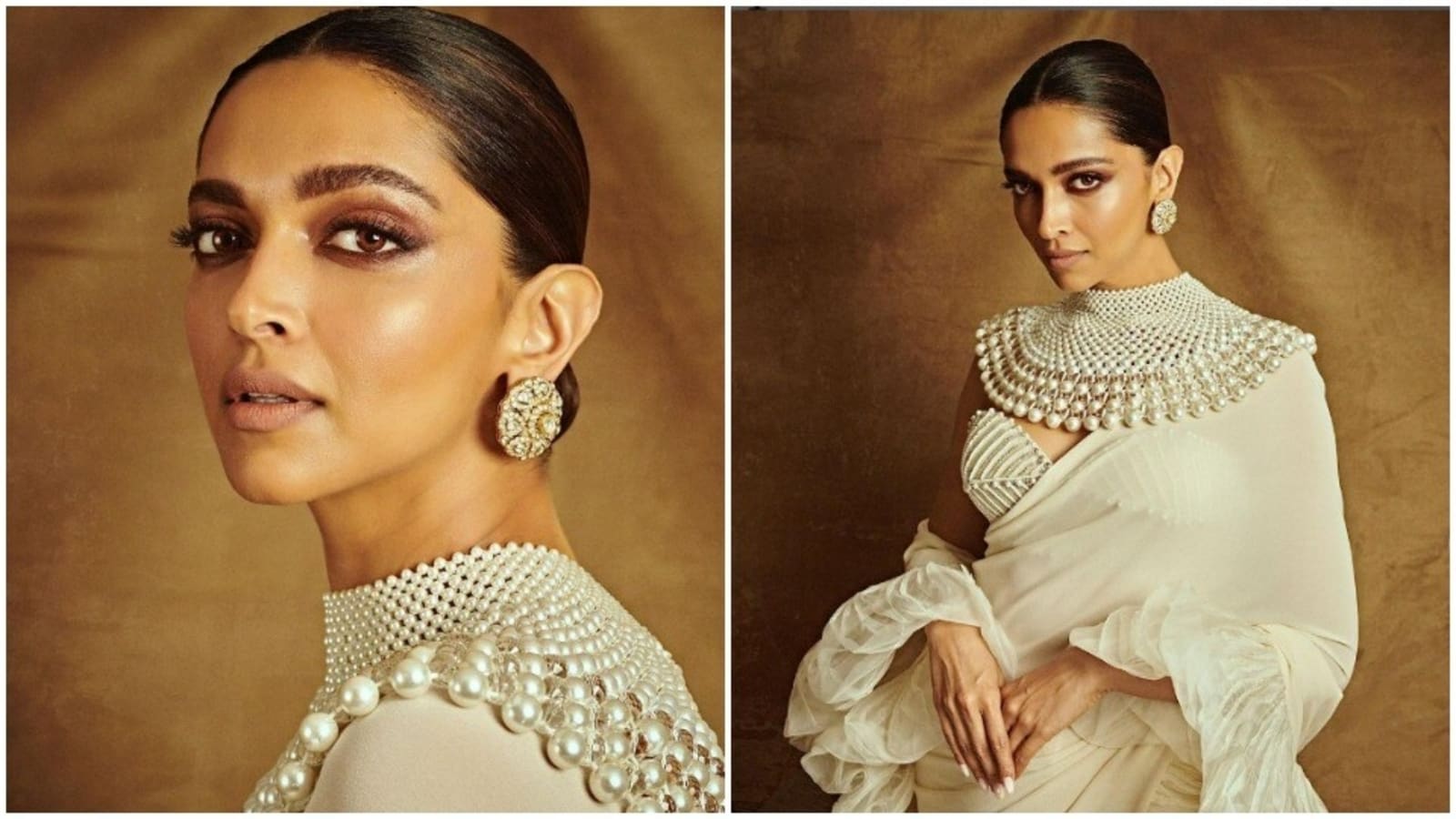 Deepika Padukone left the Cannes Film Festival in an Indian look. The actor chose a fusion saree for his final appearance at Cannes 2022. She had attended the festival as a member of an eight-member jury tasked with awarding the prestigious festival’s top prizes. Triangle of Sadness received the highest honor on May 28, the last day of the festival. Read also | Deepika Padukone calls Ranveer Singh her ‘trophy’ as he sits on her lap at Cannes. Watch the video

Deepika Padukone, who attended a press conference with fellow jury members Rebecca Hall and Jeff Nichols among others before the winner was announced, arrived in an off-white saree. She joined her hands in ‘namaste’ as she was invited to take the stage at the event.

The Abu Jani-Sandeep Khosla creation featured a dramatic pleated trail and ruffles. The accompanying blouse was made of pearls and crystals. Deepika paired it with a pearl necklace from the same brand and a pair of earrings from Birdhichand Ghanshyamdas. She kept her makeup subtle and tied her hair in a sleek bun.

Deepika received many compliments from her fans and industry colleagues for her look after sharing photos on Instagram, captioning them with a single white heart emoji. Actor Neha Dhupia commented “superb” in the comments section. One fan wrote: “Loved every one of your Cannes looks!!!” Another called her “the best dressed in Cannes”.

Deepika marked her first appearance as a jury member at the festival. She told Variety that she was initially surprised by the invitation and said, “They [the festival management] seem so convinced of why they made this decision. And that makes me sit and think sometimes that maybe I didn’t give myself enough credit.

Deepika will next be seen in Pathaan alongside Shah Rukh Khan and John Abraham. Siddharth Anand’s film is set to be released in February next year. We will also see her in the remake of the Hollywood film The Intern alongside Amitabh Bachchan. She also has Fighter with Hrithik Roshan and Project K with Prabhas.

Successfully subscribed to the newsletter

Thank you for subscribing to our Daily news capsule newsletter.