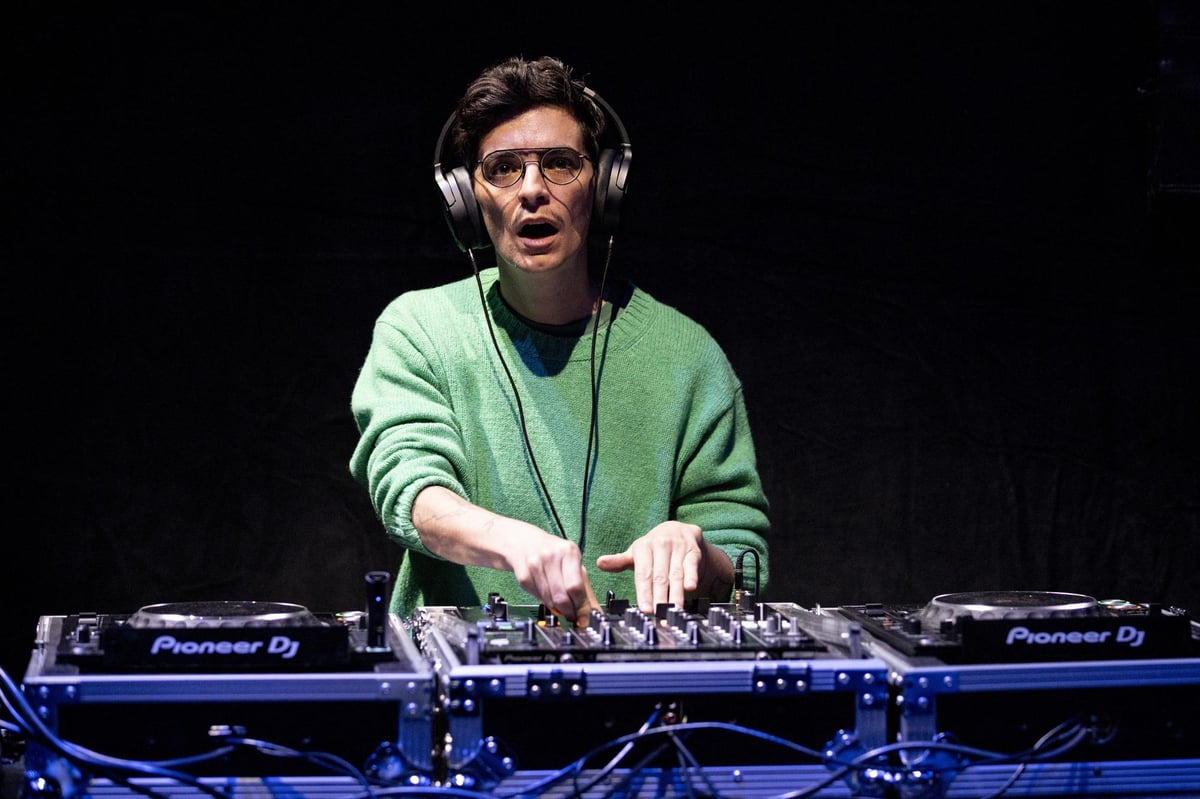 We take sound for granted in movies. It’s only when a filmmaker does something drastic with it that you tend to notice it. Take this scene in The Shining when Danny rides his tricycle through the Overlook Hotel. The loud-quiet-loud dynamic as Kubrick cuts between hardwood floors and plush carpets is so unsettling that it subconsciously suggests violence in the silence of a space haunted by the malignant presence of past trauma.

I mention this scene because it appears in 32 sounds, a live-action documentary that played the Festival on Wednesday night and took those of us lucky enough to experience it on an exploration from the womb to the grave of the importance of sound in our lives. And when I say ‘live documentary’, I mean ‘live’: with headphones, audiences were treated to director Sam Green in person narrating what was on screen while simultaneously mixing what we could see and hear to highlight the effect of sound. – or lack thereof – on the viewing experience.

The documentary itself is inspired by Thirty Two Short Films About Glenn Gould, Francois Girard’s experimental biopic about the titular Canadian classical pianist whose 1981 recording of Bach’s Goldberg Variations is so ubiquitous in films you won’t know. probably notice more, even if you know him well. But one of the things that always kills me about this recording is that if you really listen to it, you can actually hear Gould humming along as he plays. In a deeply moving way, you feel like you’re right there with him.

Sam Green of the 32 Sounds Project

That detail doesn’t feature in 32 Sounds, but the concept does in a wonderful moment when Green delves into the ideas of Charles Babbage, the 19th century inventor who believed that every sound ever created was recorded in the atmosphere somewhere right waiting for the right kind of technology to capture and replay it, much like auditory time travel or sonic archeology.

I bet Spanish filmmaker Juanjo Giménez Peña is also a Babbage fan. His first feature film Desynchronized, screened at the Festival today, revolves around a stressed sound designer (Marta Nieto) who begins to experience life-altering hearing loss but allows her to audibly experience the past in spaces where she does not has never been present before. The mysteries of the film are best uncovered on your own, but Peña uses sound and silence to disruptive and unnerving effect, once again reminding us that films aren’t just about visuals.