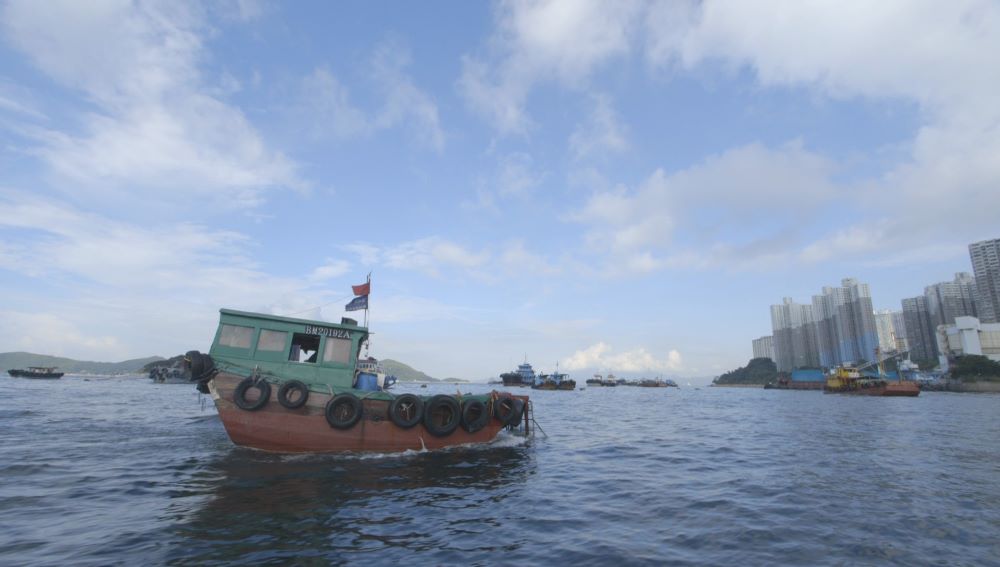 Ng Ka-leung, producer and director of the dystopian Hong Kong anthology “Ten Years”, and documentary filmmaker and writer Wong Ching, co-curators of the 2022 Hong Kong Film Festival UK, said the festival is not limited not screen films that may no longer be shown in their hometown due to political changes.

It is organized by Hong Kong Umbrella Community, a UK-based organization co-founded by Nathan Law, a former Hong Kong lawmaker who now lives in exile in Britain. The inaugural edition of the festival is funded by private donors, but event organizers hoped to raise funds from other sources for future editions.

The UK, Hong Kong’s former colonial master, became the new home for tens of thousands of Hong Kongers after the BNO visa program was launched last year. The scheme offers a route to British citizenship for holders of British National (Overseas) passports, which were only available to those born in Hong Kong before the city was ceded to China on July 1 1997.

“Overseas audiences have long associated Hong Kong cinema with Wong Kar-wai and Bruce Lee. The focus on Hong Kong cinema among local and international audiences has also shifted to politics after 2019,” Ng told Variety. “But there’s so much more to Hong Kong film culture and we want to provide a fresh perspective.”

Raising the curtain on the inaugural edition of the festival, entitled “Rupture and Rebirth – new perspectives on Hong Kong’s era of upheaval”, is “Revolution of Our Times”, Kiwi Chow’s (“Ten Years”, “Beyond the Dream “) documentary about the 2019 Hong Kong protests which premiered at the Cannes Film Festival last year. The film, which also won Best Documentary Golden Horse last year, will debut in London on March 19 at the Genesis Cinema.

“Forever Young,” a protest-themed youth drama co-directed by Rex Ren and Sam Lam, will wrap up the London leg of the festival on March 27. The opening and closing films of the festival cannot be shown in Hong Kong after the implementation in 2020 of the National Security Law, which prohibits activities considered to be related to secession, subversion, terrorism and collusion with enemy foreign forces. Last year, Hong Kong authorities also tightened the Film Censorship Act to effectively ban films that pose “threats to national security”.

The festival also features: “Inside the Red Brick Wall,” a protest documentary that was pulled from Hong Kong release last year after pro-Beijing politicians alleged the film might violate the NSL (but before that the censorship law is strengthened); as well as researcher Malte Kaeding’s “Black Bauhinia,” which documents the rise of Hong Kong’s localism and independence movements ahead of the 2019 protests.

Along with political titles, “Drifting,” Jun Li’s award-winning directorial title centered on the tragedy of homelessness, and “Ballad on the Shore,” a 2017 documentary by Ma Chi-hang that captures the last remaining memories of the songs of fishermen in the city, are also part of the selection.

Leung Ming-kai and Kate Reilly’s ‘Memories to Choke On, Drinks to Wash Them Down’, winner of Best Screenplay at the 2020 Hong Kong Film Critics’ Society Awards, Simon Chung’s 2018 gay drama ‘I Miss You When I See You Also featured is “Gone with the Wind,” Fai Wan’s 2018 documentary about homelessness.

The restored 4K version of Fruit Chan’s “Made in Hong Kong” and Alvin Tsang’s family documentary “Reunification” (2015) are also shown.

Ng, a member of the organisation’s board of directors, admitted that some film distributors and rights holders had concerns when approached about collaborating with the new festival. It was never the festival’s intention to politicize the discussion through films, he said.

“We want to find a way to tell the stories of Hong Kong in turbulent times through films. It’s about maintaining Hong Kong’s cultural identity,” Wong said. The city’s once-thriving film industry has been muted lately, with a significant portion of staff now working on projects in mainland China.

The festival will take place from March 19 to 27, 2022 in London and from March 31 to April 10 in Manchester, Bristol and Edinburgh.