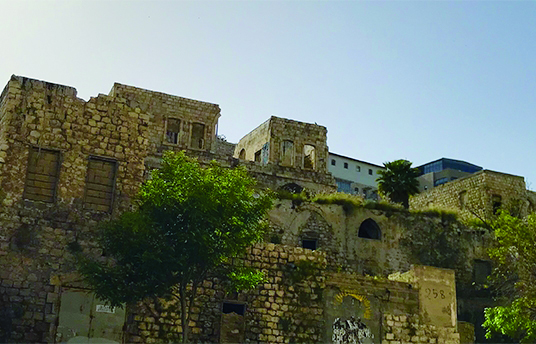 Mediterranean Fever won the prize for best screenplay in the Un Certain Regard section, while Plan 75 won the Camera d’or special mention.

Un Certain Regard (Certain Regard) is a competition centered on arthouse films parallel to the main competition, the Palme d’Or. And Caméra d’or is awarded to the best first film in the Official Selection, the Critics’ Week and the Directors’ Fortnight.

Directed by Maha Haj, Mediterranean Fever is a story about Waleed, a Palestinian, who lives comfortably in his sea-view home in Haifa with his wife and children. A former hi-tech engineer and aspiring writer, he knows the ins and outs of being a stay-at-home dad, but can’t figure out what it takes to be happy.

One day, Waleed is introduced to his new neighbor, who quickly becomes the most critical person in his life. Jalal, a kind but pretentious little crook with a big heart, quickly develops a close relationship with Waleed who has a strange plan; his desperate hope that Jalal kills him, while making it look like a natural death.

Jalal is furious with his new friend’s insane request and ends all contact with him. On the other hand, Jalal keeps getting threats from the underworld who he owes money to. Haj’s first feature film Personal Affairs was also selected in the same category in 2015.

The film Plan 75 by Chie Hayakawa, meanwhile, tackles the aging of the Japanese population. The government’s Plan 75 program encourages senior citizens to be voluntarily euthanized in order to remedy an over-aged society. An elderly woman whose means of survival are disappearing, a pragmatic Plan 75 salesman and a young Filipino laborer are faced with life and death choices.

In 2014, Hayakawa’s film Niagara was selected for the Cinéfondation, also in Cannes. It is Hayakawa’s second film to be selected at the prestigious film festival.

Recently, the film Cotton Queen by Sudanese filmmaker Suzannah Mirghani, also rewarded by the DFI, won the ArteKino prize at L’Atelier at the Cannes Film Festival.

The ArteKino International Prize is a support for the development of award-winning feature film projects at numerous international festivals.

In total, ten films supported by the Doha Film Institute were selected at the 75th Cannes Film Festival. Among them, five are in Un Certain Regard, four in the Directors’ Fortnight and one film in the Association for the Diffusion of Independent Cinema section.