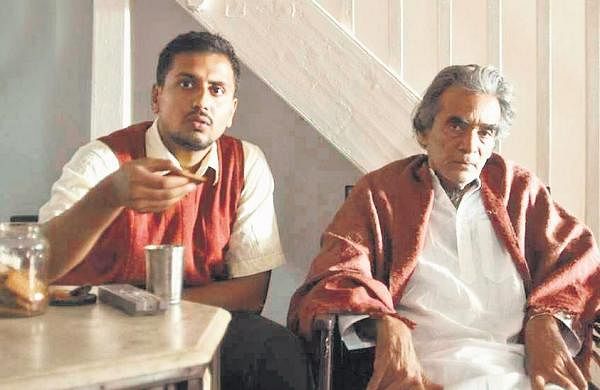 There are three radical and welcome developments regarding Indian and South Asian films at the Cannes Film Festival this year. The first is the choice of films and what they signal in the current political climate. Of the six South Asian films officially selected by the 75th Cannes Film Festival, the only two new feature films are: first, an Indian film, All That Breathes by Shaunak Sen; second, Joyland from Pakistan by Saim Sadiq. All That Breathes won the coveted L’Oeil d’Or 2022, the festival’s top prize for documentaries.

All That Breathes follows three compassionate and philosophical Muslims who are dedicated to healing injured kites in Delhi. Brave Joyland, meanwhile, features actor Alina Khan as a trans woman. It’s both sensitive, giving dignity and agency to a transgender woman, and daring, given that it’s the first Pakistani feature in Cannes’ official selection, and given that Pakistan is an Islamic society, politically dominated by the army, the mullahs and deeply conservative political parties. . In other words, minorities and marginalized people have brought the official glory of Cannes to India and Pakistan this year.

The second reason: Joyland is a rarity, an Indo-Pakistani co-production, an almost unthinkable move in this country, given soaring right-wing temperatures; it is directed by US-based filmmakers. Third reason: it is also remarkable that of the two new South Asian feature films in the Cannes official selection, Sen’s is a documentary, and Sadiq’s is a first feature. South Asia wins at Cannes.

The four Indian films retained in total for the official Cannes selection are (compared to all the other non-selected films which make the headlines in the Indian media): the aforementioned title by Shaunak Sen, All That Breathes, in Special Screenings, Nauha (Eve of a Eulogy) in the LaCinef (formerly La Cinefondation) section for film school admissions, and two restored films, Pratidwandi by Satyajit Ray and Thamp by Aravindan Govindan in the Cannes Classics section. In addition, two other South Asian films are also in the Official Selection at Cannes: Joyland by Saim Sadiq, in Un Certain Regard, and Lori by Abinash Bikram Shah (Melancholy of My Mother’s Lullabies, Nepal, 14min), in Short Competition footage.

All That Breathes is a brave and beautifully crafted documentary, which has already won the Grand Jury Prize in the World Cinema Documentary Competition at the Sundancer Film Festival. It is about two brothers, Nadeem Shehzad and Muhammad Saud, and their young colleague Salik Rehman, who have dedicated their lives to saving the black kites, the royal birds that are falling more and more from the sky, in part to because of Delhi’s horrible pollution, and partly because of manja (kite string) injuries.

Despite their modest means, they rescued over 20,000 birds from a makeshift bird clinic at their home in Wazirabad, north Delhi. This empathetic film pays tribute to their compassion and poetry, while courageously commenting on the precarious situation of minorities in an increasingly right-wing India. Producers include Sen, Aman Mann, Teddy Leifer and Florrie Priest, with funding from multiple countries.

Nauha (Eve of a Eulogy) by Pratham Pooja Khurana, a student short from WhistlingWoods International, Mumbai, is a sensitively observed and well-crafted film about a grumpy old man and his composed male caretaker. The Cannes Classics section includes Pratidwandi (The Adversary, 1970, restored by NFDC-NFAI) by Satyajit Ray, in which an upright bourgeois is felt to be a loser by his two siblings. And Aravindan Govindan’s Thamp (The Circus Tent, Malayalam, 1978, restored by the Film Heritage Foundation and its partners), lyrically observes the uprooted lives of itinerant circus performers, who camp out in a village for three days.

The Beer Girl in Yangon by Sein Lyan Tun, from Myanmar, produced by John Badalu (Indonesia), is in the L’Atelier section. Midi Z, the Burmese-Taiwanese filmmaker, whose films have been at the Cannes, Berlin and Venice festivals, is this year the patron, a mentor, of La Fabrique.

A final observation: while this has been a persistent trend for several years, this year the Indian media seem to have exceeded the limits in their dizzying coverage of Cannes. Most of the Indian media devoted acres of coverage to non-officially selected films and fashionable starlets, largely ignoring the Indian/South Asian films that actually made it into the official selection at Cannes. There seems to be a sudden, collective, nationwide amnesia about how to identify officially curated movie titles (hint: Google works). Hopefully common sense will return after Cannes.

Meenakshi Shedde is delegate for India and South Asia at the Berlin Film Festival, independent film critic and curator at festivals around the world.