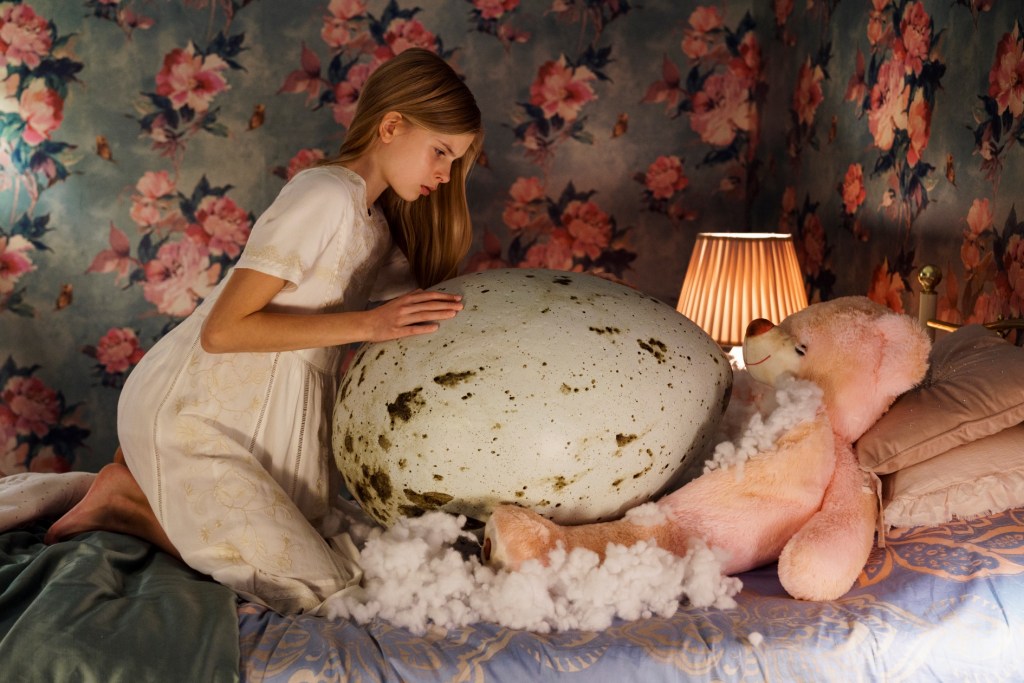 First, the novel coronavirus pandemic wiped out what was to be the Cleveland International Film Festival’s final year at downtown’s Tower City Cinemas, its home since moving from the Cedar Lee Theater many years ago.

Instead, 2020’s 44th CIFF was moved on the fly this spring to a virtual event with a selection of films people could stream from the comfort — and safety — of their own screening spaces.

Then this fall, when vaccines for COVID-19 were still theoretical and at least months away, the Ohio City-based nonprofit that oversees the festival again decided to hold a strictly virtual event at the the following spring, delaying his move to his new home, Place de la Playhouse. While much more robust than the previous year’s offering, 2021’s CIFF45 involved Northeast Ohio moviegoers attending screenings on their own as the only option.

The 46th Cleveland International Film Festival will run from March 30-April 9 across multiple venues in Playhouse Square, followed by its virtual counterpart, CIFF46 Streams, from April 10-17.

CIFF46 is expected to screen approximately 145 feature films and 180 short films. Highlights include its lavish opening night, featuring “Peace by Chocolate,” a tale of Canada; his closing film, “Linoleum,” which features actors such as Jim Gaffigan, Rhea Seehorn, Michael Ian Black, and Tony Shalhoub and is set in the fictional town of Fairview Heights, Ohio; and its centerpiece, “Navalny,” a documentary about Russian opposition leader Alexei Navalny.

“It really focuses on Playhouse Square and the (exterior) chandelier,” says Marcie Goodman, executive director of the Cleveland International Film Festival. “It’s the literal ‘Shine on’, but for us as an organization we want to shine and move forward in our new home.”

In a recent phone interview, Goodman spoke about the strange and new world facing the festival and its thousands of attendees. This conversation has been edited for length and clarity:

Q Do you even remember what it’s like to host a festival in person?

A Nooooo. It was three years, and it was in Tower City. So it’s been three years, and we’re going to be at the new location. We talk about it a lot in the office — like, we forget so many things. So, yes, we will remember and maybe we will remember on some occasions when it is too late. But this year will be our benchmark moving forward, and it will be wonderful to have that.

Q After two years of truly unfortunate timing, this film festival hits what seems to be one of the safest – and possibly the safest – times we’ve had in recent years when it comes to the novel coronavirus. Do you agree?

A We completely agree. And, you know, it’s kind of luck that we release – for the most part – the omicron variant. And if there is going to be another (variant), it’s not here yet. So, yeah, we can really get lucky on the timing.

Q In light of the fact that CIFF hasn’t been able to be in person since 2019, how strong is the nonprofit right now?

A I think we’re in good shape to be able to produce what we consider to be a triple header, or a trifecta, by delivering our first festival at Playhouse Square and our first hybrid in-person and online festival and (also) our first 18 day festival.

We’ll be fundraising at the festival, like we always do, because, you know, we need the money. But we are moving forward. It’s good.

Q You finally move to Playhouse Square. How will the in-person component of CIFF be felt by participants?

A Yes, if you could ask me that question around April 10, that would be great. Like, I don’t know. We do not know. We answer so many questions with “We don’t know”. Because we’re really starting from scratch, and the only thing like festivals is we show movies, and then everything else is, “Dude, oh dude.” BUT our customers and our filmmakers can be in the beautiful theaters of Playhouse Square.

And it’s interesting to me that in our entire 46-year history, except for the two years online, we’ve been under one roof. And that roof has changed. It was Cedar Lee, then Tower City and now Playhouse Square. But how lucky are we to have this advantage as a film festival?

I can’t wait for everyone to experience what it’s like to be in Playhouse Square and be surrounded by all that beauty. So we know as much. And then everything else, you know, we really rely on our audience to figure things out with us. They always have.

Change isn’t necessarily easy for everyone, and we change everything you can think of. But we’re all in the same boat, and always have been. So we see this as an exciting challenge – not a dreaded challenge in any way.

Q Once you change you go from a bunch of similarly sized auditoriums to a few that are huge with smaller rooms.

A (We) also tried to convey this to people, and maybe you can help us: no matter where we went, the distributors limit the number of tickets we can sell for a screening, and it worked for ages. decades. So in Tower City, where the auditorium could seat, you know, 250 people…it would feel like the screenings were sold out. Maybe we did, but we also hit the ceiling. And so in Playhouse Square, we may be in the State Theater, with 3,000 seats, but we are only allowed to sell 300 tickets.

Q So you probably won’t get too many of those screenings where you know, someone is at the back of the theater under the balcony and can only see half the screen?

A Law. Our largest screening capacity (in terms of) will be Opening Night, Main Screening and Closing Night. But for the most part, people will be in these big big theaters, and if they want to disperse, they can disperse.

The Westfield (Studio Theatre) is an exception. It’s smaller, much, much smaller, okay.

Q What have you learned in two years of virtual festival offerings, and why is there an important digital side to CIFF46?

A Well, we learned how to do it. It’s a thing. And we learned very quickly in 2020. And then in 2021 we learned to do it even better because we had a year in between.

The big difference, I think, was that in 2021 we knew how to do a filmmaker engagement with a virtual festival, and we didn’t have the time or didn’t know how to do it in 2020. Last year, it was just an amazing piece of the festival.

So we’re still going to be a hybrid festival, having an online component, because there are people, for whatever reason, who can’t or don’t want to come to Playhouse Square for this festival this year.

We wanted to give everyone the opportunity to see our films, but they are the most comfortable.

I will say that every film in the festival will be screened at Playhouse Square for an in-person part of the festival. However, not all features will be available online, and this is a decision of the distributor and has nothing to do with us. But about 60% of feature films will be online and probably 100% of short films. So when people go to our website and watch a movie, on that movie’s page it says exactly when it’s showing in Playhouse Square and whether it’s showing online or not.

Q My traditional question, bearing in mind that your myriad responsibilities don’t include festival programming: Have you found time to watch any of the films?

A I – not too much, I saw the opening night movie, “Peace by Chocolate”, which is just awesome. It’s the perfect way to open the festival because it’s based on a true story, and it’s about a refugee family from Syria (in Canada). People will leave the theater feeling so good about opening night, that’s what we want to happen.

And then our closing film, “Linoleum”, is really good. It’s a very original genre of film, and it’s one of those genres, not “Slinding Doors”, but a genre of film warped by time. I don’t know – it’s really good. So it’s gonna be awesome. And then I saw some docs.

Q Finally, is there anything you would like those coming to town for CIFF46 to keep in mind in terms of logistics or anything else?

A As always, with any film festival, allow yourself extra time to get to Playhouse Square and park.

Again, everything is new to us. We all have to learn our way and understand the logistics. Probably one of the most important things is that people check the (health and safety) protocols at Playhouse Square.