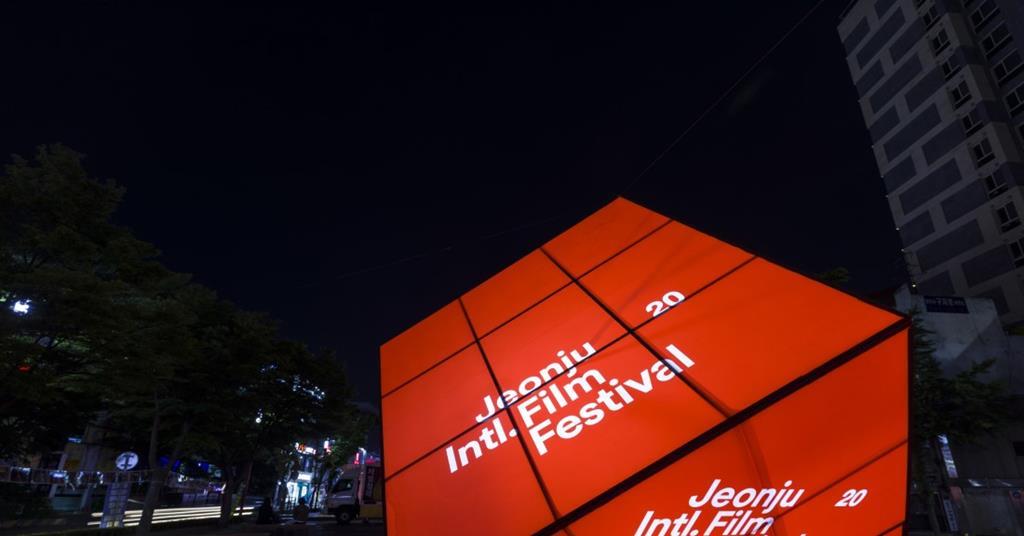 In South Korea, the Jeonju International Film Festival announced today (January 14) that it is moving “aggressively” with a safety-conscious physical edition that will see its number of selections return to pre-pandemic levels. .

The 23rd edition of the festival will take place from April 28 to May 7.

Jeonju was one of the first international festivals to open at the start of the pandemic in 2020 and last year it expanded its hybrid system of online and offline screenings.

With vaccination rates rising, the festival plans to screen around 230 films in 18 sections this year, with 500 theatrical screenings. Jeonju recorded record admissions in 2018 by presenting 241 films in 536 screenings in cinemas. Last year, there were 186 films in 356 offline screenings.

“Opportunities come to those who are prepared. Since the Covid-19 pandemic, the Jeonju International Film Festival has been given a kind of duty to introduce measures and standards for holding film festivals in this country. We will do our best to prepare so that at this year’s physical festival, we can meet more audiences than in previous years,” festival director Lee Joon-dong said.

The festival is also planning a showcase of films from Taehung Pictures – “tracing the roots of Korean film history” – to commemorate the legendary production house and its former CEO Lee Tae-won, who passed away last October.

Jeonju publicity team manager Choe Yeji confirmed Screen that they are looking to invite a limited number of international and press guests, with possible quarantine exemptions.

“We anticipate different potential scenarios depending on the state of the pandemic in each individual’s respective countries, and in particular the level of quarantine measures that will be required in Korea at that time,” she said, adding that the festival would therefore not be able to confirm. exact figures before March.

In addition to independent programming and strong retrospectives, the Jeonju International Film Festival is known for its enthusiastic audience that comes from a wide range of ages.

The festival has also funded and produced its own feature films through the Jeonju Cinema Project initiative, many of which have screened at festivals including Locarno and, this year, Berlin. Two films from the Jeonju Cinema Project – Dane Komljen After the water and that of Eric Baudelaire A flower in the mouth — are heading to the Forum at the Berlinale next month.