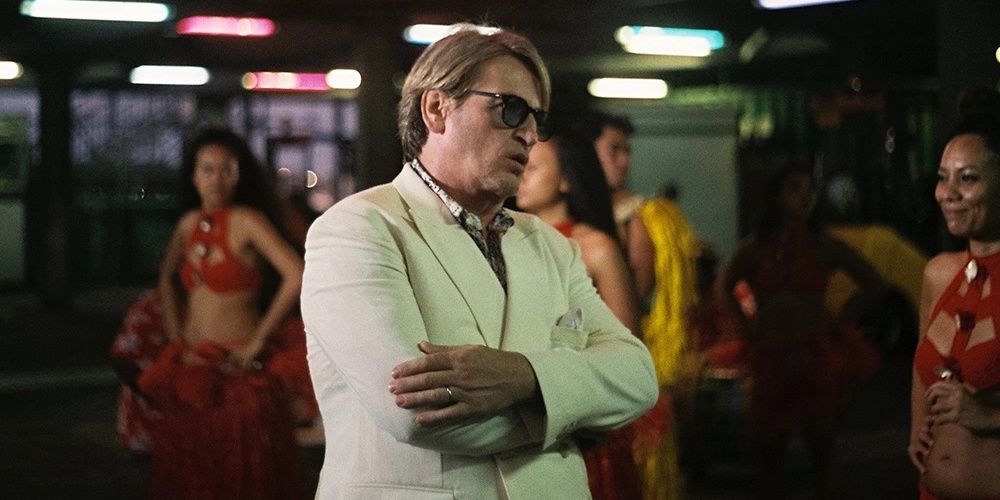 FOR HIS DIAMOND JUBILEE, the Cannes Film Festival marked the occasion as it does every year: by celebrating itself. Indeed, only in Cannes is an introductory video of Ukrainian President Volodymyr Zelenskyy, at one point quoting Charlie Chaplin’s film the great dictator, doubles as a tribute to a medium – and, by extension, a festival – finally returning to relative normalcy after two years of pandemic-related setbacks. (“We are Cannes,” festival director Thierry Frémaux reportedly said when asked how he managed to organize Zelenskyy’s cameo.) Without any of the health restrictions of last year’s edition, Cannes 2022 was a noticeably busier and friendlier affair, even if it was ‘Long before this year’s uneven selection confirmed just how atypical 2021’s deceptively robust backlog of quality titles truly was. If the big names have remained, so has the festival’s questionable adherence to a certain form of contemporary auteurism that continues to pay diminishing dividends. Pillars of competition such as Hirokazu Koreeda (Broker), Jean-Pierre and Luc Dardenne (Tori and Lokita), and Cristian Mungiu (NMR) have all produced didactic and stylistically giddy work, while regulars like Park Chan-wook (Decision to leave) and Kirill Serebrennikov (Tchaikovsky’s wife) wasted interesting setups and topics playing on their most conscious impulses.

A new generation of filmmakers has carved out the lion’s share of top prizes. Winner of his second consecutive Palme d’Or, Sweden’s Ruben Östlund personifies Cannes’ self-satisfied house style. As The place (2017), triangle of sadness takes a satirical lens on a range of soft targets: in place of the art world elites of the premiere are a cross section of influential upstarts and wealthy aristocrats who, in a series of one-joke settings, converge on an ill-fated luxury cruise captained by a drunken Woody Harrelson. The film spends a lot of time disdaining its characters: Carl and Yaya (Harris Dickinson and Charlbi Dean Kriek) are models whose relationship is based on “likes” more than love; if just once Yaya would do it to offer pay for dinner! Once on board, the pair encounter a Russian fertilizer magnate quoting Reagan, an elderly British arms dealer, their wives, and a harassed crew fearful that Harrelson’s character won’t sober up in time for the captain’s dinner. Set during a raging storm, this centerpiece sequence doesn’t hide Östlund’s feelings for these characters. One by one, they get sick, vomit and shit from the restaurant to their rooms, literally swimming down the halls in their own bile and feces. For outright engagement, stage one-ups The placeis a raging banquet of ape-men, but in the end, he can’t help but feel as shallow as the people he ridicules. Never good enough on his own, Östlund then shifts the story to a deserted island where the ship’s Filipina housekeeper (Dolly De Leon) reverses the roles of the guests, using basic survival skills to become the group’s matriarch, and forces Carl to become his sex slave. Closeness and preaching to converts, triangle of sadness is a film designed to win awards at Cannes.

The same could be said of Lukas Dhont close, co-winner of the Grand Prix. Manipulative and sentimental, it’s the kind of in-between arthouse film that reduces a thorny subject matter – in this case, teenage suicide – to tearful melodrama. That Dhont, whose first two feature films won three awards at Cannes, shares the prize with Claire Denis, who returns to competition for the first time since her debut in 1988, Chocolatewas more than a little shocking in light of Denis Johnson’s incredibly bizarre adaptation of the latter The stars at noon, which looks and feels unlike anything the director has ever done. Linear and detached where his films are typically elliptical and intimate, The stars at noon– a film shot in Panama and set in Nicaragua, starring Margaret Qualley and Joe Alwyn as an American journalist and an English oilman mired in a political quagmire not fully explained – is built around contradictions and seemingly counterintuitive choices that generate a fascinating tonal dissonance that, while arguably confounding his neocolonial extraction themes, is disorienting enough to suggest there might be something perverse about Denis’ unorthodox approach to the material. . If nothing else, in a selection of largely conventional offerings, it stood alongside David Cronenberg’s austere body horror fable. Future Crimes and Jerzy Skolimowski HEYa bold update from Bresson Random balthazar (1966), as the most unusual entries on the main slate. (It should be noted that these works are from the three longest-serving filmmakers in the competition.)

In a beautiful lineup sync, many critics did a mid-run double bill of Future Crimes and De humani corporis fabricathe only major film in this year’s Directors’ Fortnight sidebar, which otherwise offered more modest delights from Pietro Marcello (Scarlet), Mia Hansen-Løve (A nice morning), and João Pedro Rodrigues (Will-o’-the-Wisp). Directed by Lucien Castaing-Taylor and Verena Paravel of Harvard’s Sensory Ethnography Lab, Of humanity looks like the duo’s earlier landmark Leviathan (2012) in its immersive descent into a unique, tactile and frighteningly volatile environment. Shooting over a period of years with specially designed cameras in several Parisian hospitals, the filmmakers have accumulated hundreds of hours of surgical footage that moves in and out of the human body with invigorating immediacy. Intestinal tracts, rectal cavities, flared spinal cord, exposed breast tissue, cavernous prostates – each is examined in depth and depth, accompanied by conversations between surgeons ranging from the technical and mundane to the surprisingly humorous. Long passages of flesh and fiber become hypnotic displays of color, texture and movement, evoking Stan Brakhage’s hand-painted celluloid frames as easily as Peter Gidal’s experiments in Structural/Materialist Film or the slides of 35mm glass from Luther Price. Interspersed with images of filthy basements, anonymous corridors and sequences of elderly patients moving nonchalantly through endless corridors, the film gradually reveals itself as an institutional portrait as much as an exploration of the dialectic between corporeality and virtuality. .

To end on a high note, two films in competition were scheduled at the end of the festival: Kelly Reichardt To show up and Albert Serra Pacification. In To show up, a sculptor prepares for a major gallery exhibition as various daily dramas distract her from her work. In Pacification, rumors of nuclear tests in Polynesia prompt the arrival of a French government official. Despite the differences in scope, both films present an interesting case study in the narrative incident, or lack thereof. Located in and around an art school in Portland, Oregon, To show up focuses on the kind of budding artist rarely depicted in film. Lizzy (Michele Williams) is talented but not famous; like many in her orbit, she will likely spend her life working creatively without much reward. Lizzy’s co-worker Jo (Hong Chau) is also her landlord and is too busy preparing her own exhibit to fix Lizzy’s hot water. Meanwhile, the two tend to an injured pigeon and deal with family matters. A minimalist master, Reichardt imbues his worn narratives with an uncontrollable longing and a delicate sense of intimacy. Like his previous collaborations with Williams in Wendy and Lucia (2008), Meek Cut (2010), and Some women (2016), To show up is a quietly daring tale in which an otherwise mundane experience can take flight at any moment.

At 165 minutes, Pacification simmer and spread where To show up strolls quietly. Starring Benoît Magimel as High Commissioner De Roller, Serra’s latest installment – his first in official competition after years of placing films in almost every parallel program – vibrates with political tension as a constellation of ‘Tahitian locals and government types are talking in circles around the potentially disastrous issue at hand. Drifting languidly between the beaches and the bars of the island, De Roller indulges as much as he intellectualizes, losing himself in the rhythms of this tropical paradise. Fusing historical realities with sleazy surrealism at the Story of my death (2013) and Freedom (2019), Serra here creates a kind of waking dreamscape that doubles as a meditation on colonialism and atomic anxieties. As it unfolds, the narrative increasingly surrenders to moments of pure, exultant cinema: a long sequence of gigantic waves crashing diagonally across Artur Tort’s frame as boats and surfers hover precariously in the foreground collapsing space in as breathtaking a fashion as anything else. I have never seen in a movie; later there is a nearly wordless nocturnal denouement in which pulsating club music, neon lights and the sounds of silence bring the film to the edge of abstraction. Watching Pacification unfolding in the Grand Théâtre Lumière, looking and sounding perfect in front of delighted audiences, is the kind of experience that makes film festivals like Cannes unique, even ‘necessary’ – and it deserves to be celebrated.