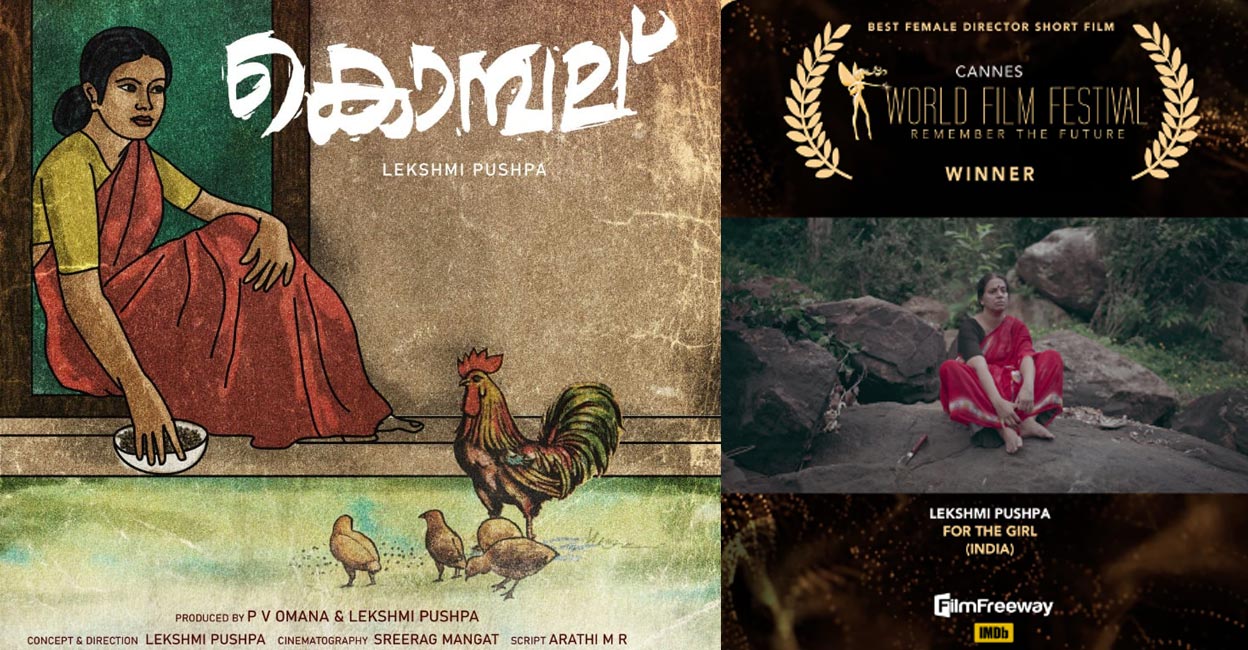 The film which tells the mental state of a woman and how she manages her daily life received very good reviews.

The film which is selected as the best of the monthly event gets direct entry to compete in the iconic Cannes film festival. The names of the monthly winners would be published by IMDb, the online movie database.

Lakshmi works as a research assistant in the Web and New Media section of the Department of Information and Public Relations of the Government of Kerala.

The scenario of Kombal is written by Arathy MR. Omana PV and Preetha Nair funded the award-winning short. Sreerag Mangath launched the camera, while editing is handled by Ashish Gopi. Sibi Joseph made the art while Dileep Das designed the movie poster. Amalraj and Suganya are the assistant directors.