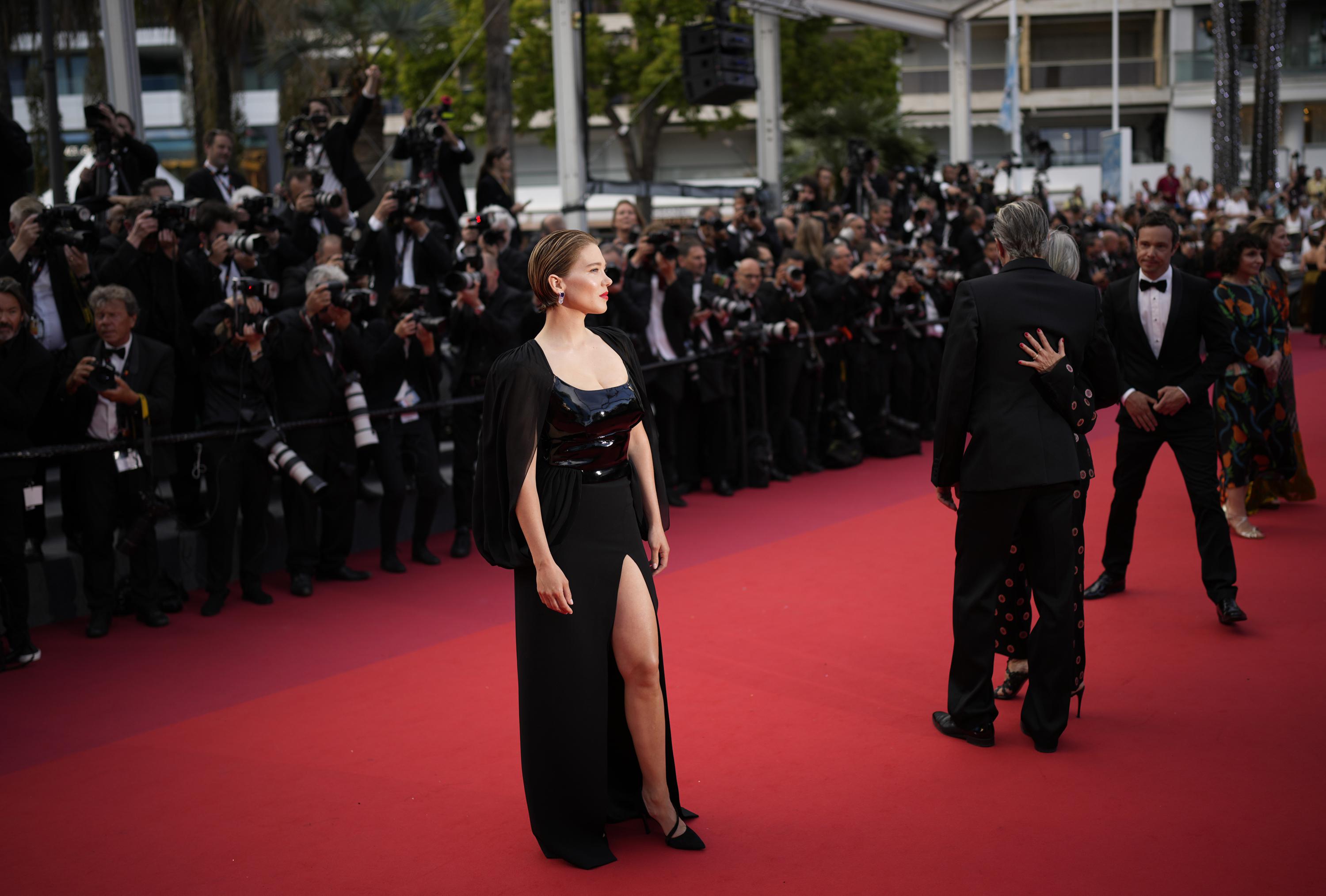 Léa Seydoux, once again, reigns over the Cannes Film Festival

The French actress has already shared a Palme d’or at the festival, in 2013 for “Blue is the warmest color”. which made her and Adèle Exarchopoulos the first actors to win Cannes’ top prize, which they shared with director Abdellatif Kechiche.

Last year, she had four films at the festival, but missed them all because she tested positive for COVID-19. But this year, Seydoux gives two of the best performances of his career in a pair of films unveiled at Cannes: “One Fine Morning” by Mia Hansen-Love and “Crimes of the Future” by David Cronenberg. Together, they only reinforced the idea that Seydoux is the leading French actress of her generation.

On a recent afternoon a few blocks from the Palais des Festivals in Cannes, Seydoux happily greeted a reporter. How was she? “Great!” she answered. “Shouldn’t I be awesome?”

Seydoux, 36, has already made a major mark in Hollywood, including taking on the once stereotypical role of “Bond Girl” and stretching the persona – a “Bond Woman” she has redefined – across several films, adding a new dimension of depth to the franchise. Seydoux was so good that even James Bond wanted to settle down.

But it’s especially clear at Cannes this year that Hollywood was just one stop in the fast-paced and exceptionally varied career of Seydoux, who went on to be one of the most famous faces in Europe while exuding a mysterious melancholy on screen. It is omnipresent and elusive at the same time.

“I carry a sadness,” says Seydoux, tracing it back to a shy childhood. “For me, cinema is something fun. It is a real consolation because, in a way, I have transformed my sadness into an object of beauty. Or I tried, anyway. It’s not like it works every time.

“If I hadn’t had a cinema, I would have been very sad,” she adds. “That’s why I work all the time. It’s a way to be connected.

In Cannes starring “One Fine Morning,” Seydoux plays a young widow raising a daughter in Paris while caring for her elderly father, whose memory is slipping. After reconnecting with an old friend, a passionate affair ensues. “One Fine Morning,” a semi-autobiographical film Hansen-Love wrote shortly before her own father’s death from COVID-19, vibrates with the irreconcilable coexistence of heartbreak and love, death and rebirth, and the vexing impermanence of life. Hansen-Love, the filmmaker of “Bergman Island”, wrote it with Seydoux in mind.

“She was maybe my favorite actress for this generation,” says Hansen-Love. “She’s enigmatic in a way that very few actresses are. She’s not trying to show things. She’s unaffected.

“There is a sadness and melancholy about her that contrasts with her superstar status, which moves me,” adds the writer-director. “On the one hand, he is a very glamorous figure in the cinema landscape. She is very sexy. She’s in movies where she’s seen from a male fantasy perspective, and she likes that a lot, I think. But there is an innocence and simplicity about her that gives me the same feeling when I film unknown actors.

Prior to this moment, Seydoux experienced some of the worst parts of cinema. In 2017, she said Harvey Weinstein once tried to forcefully kiss her in a hotel room during a meeting that was apparently about a potential role. The filming technique for the lesbian romance “Blue is the Hottest Color”, in which Kechiche would shoot up to 100 takes in one shot, has also been questioned.

“I felt this film was about passion,” says Seydoux. “I don’t have a problem with nudity. It’s something that I like to see as a viewer, as a spectator. I think it’s beautiful. I love sex scenes in movies.

In Cronenberg’s “Crimes of the Future” which hits theaters June 3, Seydoux stars alongside Viggo Mortensen in an even more body-focused film. In a future where humans and plastics have become closer, she plays a surgeon who performs operations to remove tumors and organs with the brilliance of an artist.

“To be honest, I didn’t understand everything about the film,” says Seydoux, smiling. “To me, it’s like a metaphor for what it’s like to be an artist.”

“Crimes of the Future” may present a usual sci-fi world, but Seydoux is remarkably grounded in it. Desiring more open cinematic adventures, Seydoux says making a variety of films “is how I feel free. I don’t want to be stuck in one place.

“I’m not a fan of ‘entertaining’ movies,” says Seydoux. “I don’t think I go to the cinema for entertainment. I know that’s a big thing in America. I don’t like to ask myself questions anymore. I don’t like being given answers. I don’t want to stop thinking. I think that some films only serve to feed you images.

“I like to feel that I have touched something real,” adds Seydoux. “In this world we live in today, Instagram and all that is all lies. I feel that with cinema you can touch a certain truth. And there are a lot of truths. I like to be touched. I feel alive.”