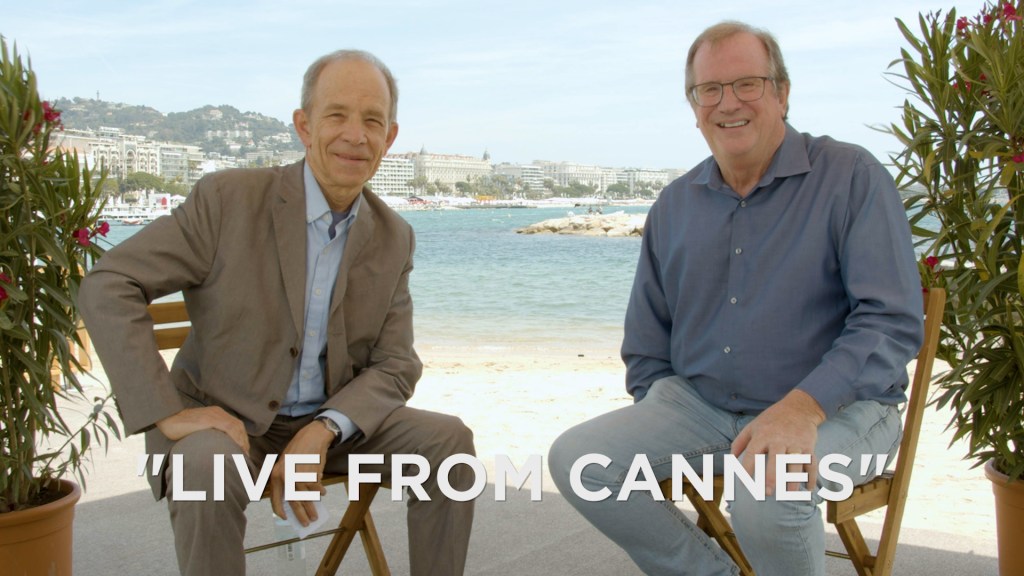 Editor’s note: Deadline presents the 21st episode of its video series in which Pete Hammond and Todd McCarthy discuss the art of films. Each has reviewed and written about the craft for decades and gained remarkable knowledge of films past and present. What we were hoping for when we asked them to do this was a concise, mature, and thoughtful conversation comparable to what we’ve seen from Roger Ebert and Gene Siskel.

On Tuesday in Cannes, Deadline Awards columnist and chief film critic Pete Hammond and film critic Todd McCarthy gathered on the waterfront of the US Pavilion to assess what the first full week of the 75th Cannes Film Festival meant for them in terms of coming all the way back post-pandemic to the festival we’ve known and loved, but also of course to the films on display.

Both give their opinion on what they saw, from the most starry (Top Gun: Maverick) to the best of English-language films available, to the best of what our hosts, the French, have to offer, to potential candidates for the Palme d’Or. On the waterfront, we cover the waterfront of everything Cannes 2022 so far.

To watch our conversation, click on the video above.

Hammond has been Deadline’s awards columnist for the past decade, covering what now appears to be Oscar and Emmy seasons year-round. He is also Deadline’s Chief Film Critic, having reviewed films for MovieLine, Box office magazine, In the wingsHollywood.com and Maximas good as Leonard Maltin’s Movie Guide, for which he was editor-in-chief. In addition to writing, Hammond also hosts KCET Cinema Series and the station’s weekly series. Must-see movies.

McCarthy is a veteran film critic, columnist and journalist who has also written several acclaimed books and documentary films. He served two stints on the staff of Variety and The Hollywood Reporter and widely covered film festivals internationally for both publications. His film Visions of light: the art of cinematography won best documentary awards from the New York Film Critics and National Society of Film Critics, and he won an Emmy for writing the documentary Preston Sturges: The Rise and Fall of an American Dreamer. He also directed the documentaries Man of Cinema: Pierre Rissient and hollywood forever.