As the annual El Gouna Film Festival approaches, we’ve combed through another fine selection of local and international films that will be previewed and screened in this year’s edition to choose 10 of the most anticipated movies that you absolutely cannot miss.

AMIRA BY MOHAMED DIAB – LONG-DATE NARRATION CONTEST
The drama set in Palestine stars a star cast, including Jordanians Saba Mubarak and Tara Abboud. The coming-of-age drama follows the story of a 17-year-old girl named Amira, as she unveils the mysterious circumstances surrounding her birth. Amira won the Lanterna Magica Prize and the Interfilm Prize at the 2021 Venice International Film Festival and was shortlisted for an award at the GFF.

FEATHERS BY OMAR EL ZOHAIRY – LONG-DATE NARRATION CONTEST
Winner of the Grand Prize and the FIPRESCI Prize at the Critics’ Week at the 2021 Cannes Film Festival, Feathers follows the comedic and mysterious transformation of a strict Egyptian father into a chicken and his family’s subsequent journey to discover the possibility of surviving without a prominent patriarchal figure.

ANOTHER WORLD BY STÃ‰PHANE BRIZÃ‰ – LONG TIMES NARRATIVE COMPETITION
Winner of the SIGNIS Prize at the 2021 Venice Film Festival and considered the third installment in a sequel trilogy The measure of a man (2015) and In war (2018), Another world examines the disappearance of the French working class under the weight of global capitalism.

CAPTAINS OF ZA’ATARI BY ALI EL ARABI – LONG TIME DOCUMENTARY COMPETITION
A joint American and Egyptian project, Captains of Za’atari is a documentary that looks at the lives of two Syrian friends living in Zaatari refugee camp in Jordan, who share a deep love for football and have big dreams.

ARTHUR RAMBO BY LAURENT CANTET – OUT OF COMPETITION
This French film explores the precarious existence of French Arabs living in modern Paris as a tantalizing story unfolds about the disappearance of a famous author after his hateful online alter ego is revealed.

FULL MOON BY HADI EL BAGOURY – OUT OF COMPETITION

Starring an Egyptian cast of stars including Khaled El-Nabawy, Shereen Reda, Ghada Adel, Ahmed El-Fishawy, Yasmin Raeis, Ahmed Malek, Ahmed Hatem and Asmaa Abu El-Yazeid, this film follows a series of stories from doomed love under the light of a full moon, exploring the ins and outs of relationships in contemporary Egypt.

FRENCH EXPEDITION BY WES ANDERSON – OUT OF COMPETITION
Bringing stories to life from the latest issue of an American magazine set in a fictional 20th century French town, this dramatic comedy is full of wit, suspense and stellar storytelling from the director who brought you people like The Royal Tenenbaums, The Grand Hotel in BudapestEarth Moonrise Kingdom.

THE BLIND MAN WHO DIDN’T WANT TO SEE THE TITANIC BY TEEMU NIKKI – LONG-DATE NARRATION CONTEST
Thus, the Finnish masterpiece offers an intense cinematic experience, shot from the point of view of a blind man. A peculiar and original thriller, the plot follows the life of a disabled man who struggles to reach his loved one.

ASSORTMENT OF WORKS BY KRZYSZTOF KIEÅšLOWSKI 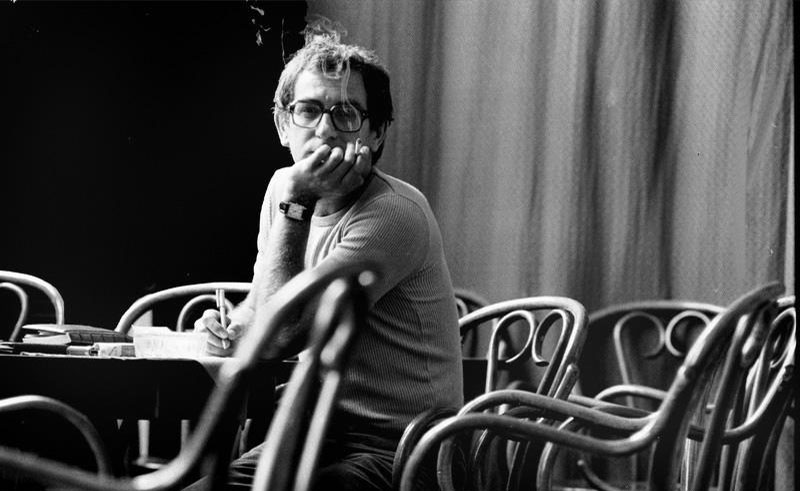 To commemorate the 25th anniversary of the death of the iconic Polish director, this year’s edition will feature his famous and acclaimed Three colours Trilogy and other important works including The Double Life of Veronique.