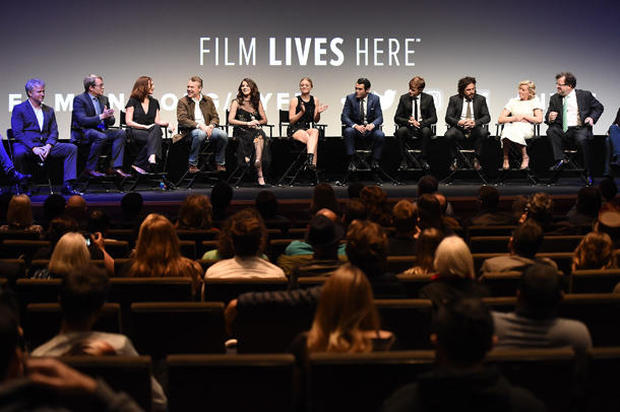 “All the Beauty and the Bloodshed” by Laura Poitras is the centerpiece of the New York Film Festival selection.

“Beauty” chronicles the journey of famed photographer Nan Goldin, partner of controversial photographer Bruce Weber, as she investigates the opioid-making Sackler family. They’re also the wealthy villains of “Dopesick,” the book and the TV show.

Poitras won an Oscar for “Citizen Four,” about whistleblower Edward Snowden. But she ran out of steam with a film about Wikileaks and Julian Assange, called ‘Risk’, when it was revealed that she had slept with one of Assange’s supporters during the filming of the film. It was eventually cast on Showtime.

“Beauty” is an odd choice for Centerpiece Film for the Festival. It is made by Participant Films but has no announced distributor or streaming deal. Unlike Netflix’s opening night movie, “White Noise,” it’s not really a blockbuster title. It has no actors to walk on a red carpet and little PR sizzle. But Goldin has a connection to art in New York, and the Sacklers are known for having their infamous names removed from the art galleries of famous museums.

It will be interesting to see what the NY Film Festival chooses for its closing film.

The Cannes Film Festival in “fusion” version, thanks to the presence on the red carpet of Christopher Aleo and iSwiss