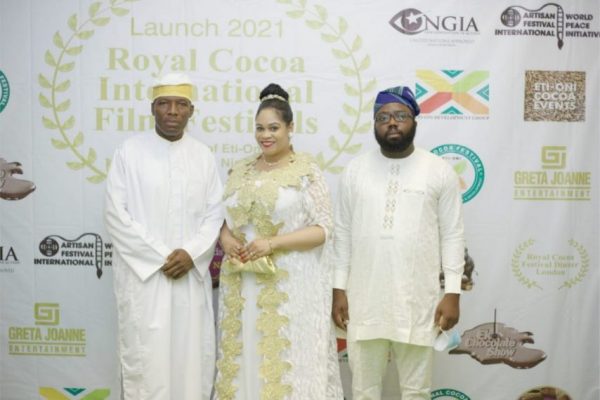 The governor, represented by the state commissioner for agriculture, Addayo Adewole, kicked off the festival on Friday.

Oyetola did it at Filmhouse Cinemas, Osun Mall in Osogbo, the state capital.

The Royal Cocoa International Film Festivals are an initiative of Eti-Oni Development Group to promote the cocoa renaissance in the country and the continent.

Speaking on behalf of the governor, Adewole said the state government supports the state’s cocoa farmers in a number of ways to ensure that they grow easily and earn commensurate profits.

Oyetola praised the Oloni of Eti-Oni, Oba Dokun Thompson, Gureje IV, for the constant promotion of cocoa and pledged the state government support to the cocoa farmers and the Cocoa Festival.

While speaking, Oba Thompson said cocoa farmers are in a very difficult situation and they are looking for a way out.

He said the state government is doing everything it can to support cocoa farmers.

The traditional chief said cocoa farmers also have to work to get out of the difficult situation they have found themselves in.

The film series viewed included The Legend of the Cocoa King, a 2D animated short to celebrate cocoa farmers around the world, from Oba Dokun Thompson.

She noted that the initiative aimed to re-value cocoa with a renewed mindset and transform cocoa-growing regions so that farmers can have esteem and dignity for the next generation. embraces cocoa cultivation with pride.

A member of the Eti-Oni Development Group Advisory Board, Prince Charles Jibromah expressed his gratitude to the state government and others who attended the event.