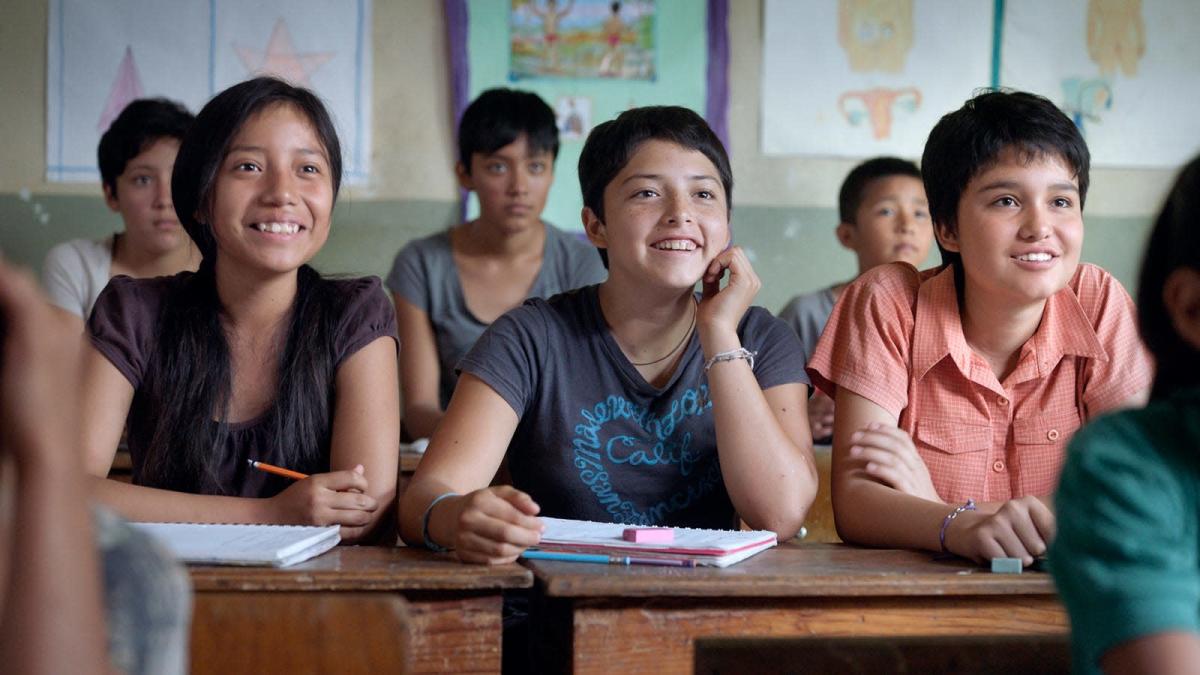 ‘Prayers for the Stolen’, ‘A Hero’ among Palm Springs International Film Festival winners

It also won the Ibero-American Prize, which rewards the best film from Latin America, Spain or Portugal.

Winners in a number of categories ranging from Best Documentary to Best Screenplay were announced on Wednesday even though the Palm Springs International Film Festival, scheduled for Jan. 6-17, was canceled due to the increase in COVID-19 cases. The festival was to screen 127 films from 70 countries.

“Prayers for the Stolen” by Tatiana Huezo, set in a mountainous region of Mexico, focuses on three girls who take refuge in their friendship to face the trials brought on by a drug cartel. It is Mexico’s official submission for the International Feature Film category of the Oscars, and it made the shortlist for the Oscars.

“A Hero” followed Rahim, who is in jail because of a debt he couldn’t repay. During a two-day leave, he tries to convince his creditor to withdraw his complaint, but things don’t go exactly as planned. The film won the Grand Prix at the Cannes Film Festival.

Agathe Rousselle of “Titane” received the award for best actress.

Related: Missing the Palm Springs International Film Festival? Here’s how you can watch movies at home

A special jury of international film critics reviewed 36 of the 93 official submissions for the Oscars International Feature Film category that were selected to screen at this year’s festival.

Declaration of the jury: For a miraculously vivid depiction of beleaguered youth told with visual exuberance and powerful intimacy from the cast, the jury awards Best Picture to Tatiana Huezo’s “Prayers for the Stolen.”

FIPRESCI Award for Best Actor in an International Feature Film: Amir Jadidi from “A Hero” (Iran).

Declaration of the jury: Playing a humble father caught between his desire for freedom and outside influences eager to exploit his good deed in a story imbued with moral ambiguity, the jury awards the prize for best actor to Amir Jadidi for ‘A hero’.

Declaration of the jury: For her audacious and down-to-earth physical performance which expresses a deep feeling of nostalgia and rage, the jury awards Agathe Rousselle in “Titanium” the prize for best actress.

Declaration of the jury: A brilliant and cleverly crafted script that draws us into the story with ambivalent feelings of both contempt and compassion. “A Hero” is set in Iran and is spoken in Persian, but the situation it depicts and the characters involved are universal.

The Documentary Award is given to the director for the most compelling non-fiction film among those selected for screening at the festival. There were nine films under consideration.

Declaration of the jury: Through evocative animation, Jonas Poher Rasumssen takes us on the harrowing and moving journey of his friend Amin Nawabi – an Afghan refugee residing in Denmark about to marry the man he loves – and makes it intimately relatable. Palm Springs IFF is pleased to honor powerful stories that speak to the experiences of so many around the world whose stories are too often silenced, and to honor the filmmakers who bring them into our lives and onto our screens.

“Flee” was nominated for the Oscar in the Documentary Feature Film and International Feature Film categories.

Read more: ‘I danced away from Belfast’: director and writer Kenneth Branagh talks about the latest film

The New Voices New Visions award focuses on films that the festival’s programming team believe represent the most distinctive new directors to emerge in the past year. There were nine films in competition, and each was the filmmaker’s first or second feature.

Declaration of the jury: The jury awards “Happening” for its visceral and unflinching depiction of the physical horror of unauthorized abortions as well as the social terrors that surround such decisions that remain as timely in 20th-century America as they were in 1960s France. With a fearless central performance by Anamaria Vartolomei, filmmaker Audrey Diwan has crafted an utterly empathetic portrait of a young woman constricted not so much by her options as by their absolute lack of them.

The Ibero-American Prize is awarded to the best film from Latin America, Spain or Portugal selected to be screened at the festival. The prize aims to highlight the creativity of modern Spanish, Portuguese and Latin American films. There were 11 films in competition.

Declaration of the jury: “Prayers for the Stolen” – a beautifully filmed and told story about girls living in a rural mountain town in Mexico and trying to coexist with the ubiquitous and ever-threatening drug cartels. This unforgettable film shines a light on how dangerous and indispensable girls and women can be and yet, paradoxically, how powerful and resilient they must be. It’s also a deeply felt reminder that the things we consume in one part of the world can have a very heavy impact on people thousands of miles away.

The Local Jury Prize is awarded to the film that promotes understanding and acceptance between people. Five films were in competition.

Declaration of the jury: For its ability to bring together a variety of styles that appeal to the most creative type of audience as well as a good critical film, the local jury selected a film that was both historically compelling and humorous, a testament to basic humanity and kindness. for your neighbour, especially in difficult times.

The Young Filmmakers Award jury is made up of local students from the greater Palm Springs area who have not only demonstrated talent and aspirations for filmmaking, but also a genuine passion to watch and learn. about cinema and life at every possible moment. Eight films were in competition.

THE MOZAIK BRIDGING THE BORDERS AWARD

At a time when physical, religious, racial, cultural, and economic boundaries divide our planet’s population, efforts to cross those boundaries are to be appreciated. With that in mind, Cinema Without Borders is awarding the MOZAIK Bridging the Borders Award to a film that best succeeds in bringing the peoples of our world together and closer together. The winner will receive a cash prize of $2,500.

MOZAIK Bridging the Borders Special Mentions: “Fear” (Bulgaria), directed by Ivaylo Hristov, and “Who We Are: A Chronicle of Racism in America” ​​(USA), directed by Emily Kunstler and Sarah Kunstler.

Ema Sasic covers entertainment and health in the Coachella Valley. Contact her at ema.sasic@desertsun.com or on Twitter @ema_sasic.

This article originally appeared on Palm Springs Desert Sun: ‘Prayers for the Stolen’ and ‘A Hero’ win big at Palm Springs Film Fest