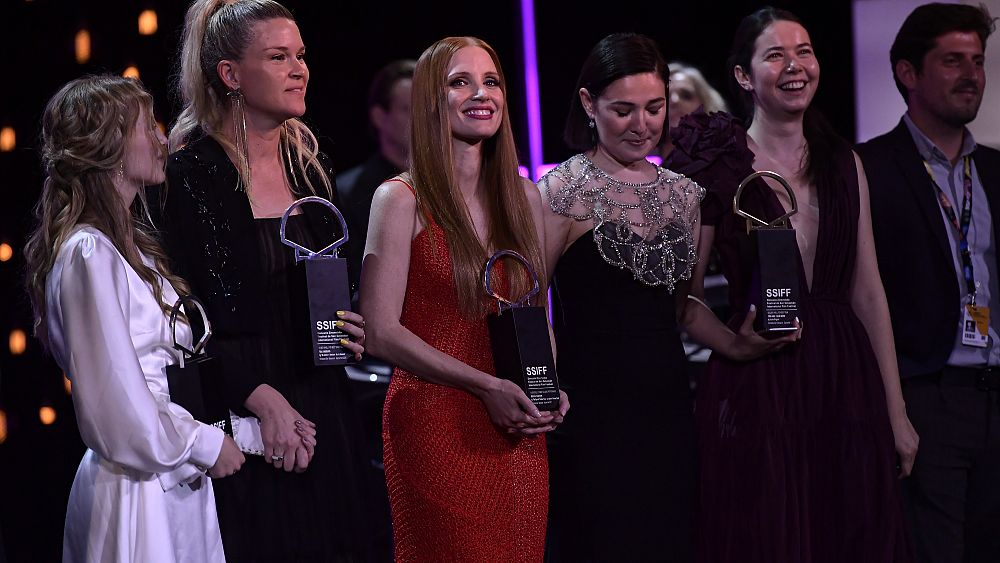 The film festival has definitely proven that it is now a major event for European and world cinema, with another woman taking the top prize, as in Cannes and Venice.

“This award represents the courage of a team of artists to express female creativity in a different way and creativity in general,” said Grigore.

His raw and uplifting debut film was the surprise Golden Shell winner, even after he was by no means a press and audience favorite for an award.

“Blue Moon” follows the story of young Irina who dreams of pursuing higher education at the University of Bucharest as her dysfunctional family serves to undermine her future.

An ambiguous sexual experience with an artist pushes her to fight against the violence of her family.

“We want to say that we are very happy that you are giving us this award because you are not rewarding us by playing fictional characters, but by imagining ourselves as fictional characters telling our truth and talking about things that we think are important to us. be heard, â€actress Candela Recio said.

The docufiction is a cinematic experience before and during the coronavirus era, filming the aspirations and fears of Spanish youth.

IcÃ­ar BollaÃ­n’s dramatic film Maixabel also won the Izicar Award for Best Basque Film, another victory for Spanish cinema. The film looks back on the dark days of ETA through the story of Maixabel Lasa who meets her husband’s murderer eleven years later.