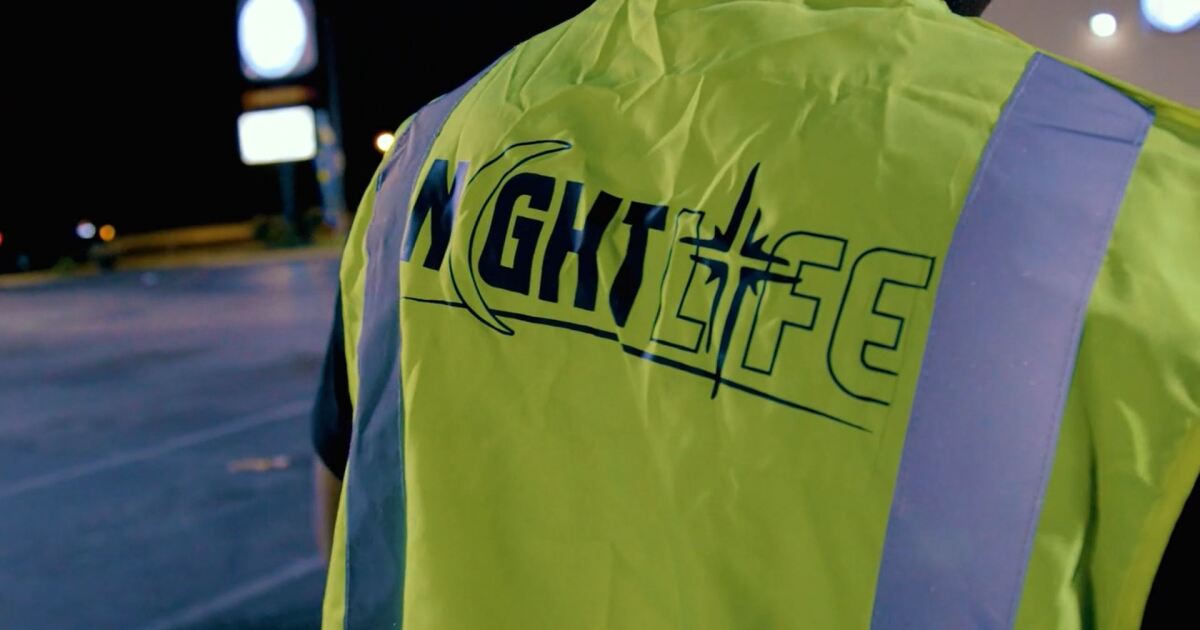 Reverend Kenneth McCoy has been called the “street pastor” of St. Louis, and he has earned that title. From midnight to early morning, he leads teams of pastors through the dark streets of St. Louis, searching for people struggling with addiction, mental illness and homelessness.

McCoy has been on this mission since 2015. He calls it the Nightlife Ministry.

Three nights a week, kitted out in high-visibility vests and carrying sandwiches and cans of water donated by Anheuser-Busch, he tries to bring hope to these streets – even if, at times, the people he meets there are suspicious, even hostile to its mission.

“What’s important is that we give of ourselves, that we make that human connection with people,” McCoy, pastor of Progressive AME Zion Church, said during Wednesday’s conference. Saint Louis live. “It’s the streets, and we’re basically trespassers; We are on someone else’s territory. So I often expect the unexpected. Most of the time, nothing really happens… But the nights it does, it’s just a little off the chain.

Indeed, several scenes from a new documentary, titled “Night Life,” show McCoy and other pastors dealing with the unpredictability of life on a street in St. Louis between 11 p.m. and 2 a.m. Other scenes capture the sound of gunfire echoing nearby. .

Most of the scenes in the documentary, including the interviews, are presented in striking black and white images. More than five years in the making, its premiere is scheduled for July 17 at the Saint-Louis International Film Festival.

Seth Ferranti, the St. Louis filmmaker who wrote and produced “Night Life,” said he became fascinated with McCoy after he wrote an article about his ministry for VICE in 2015. From there, Ferranti and a film crew captured over 100 hours of footage. , which eventually becomes a 70-minute final cut.

“What he does is not for everyone,” Ferranti said. Saint Louis on the airwaves. “These people are just caught up in, you know, they need help. Some of them, maybe they don’t want help right now, but if that help is there, like Reverend Ken McCoy is trying to bring to them… think of how many lives you can save.

McCoy has success stories. He recalled a young man “who was on his way to kill someone” before he ran into the Department of Nightlife. There was a hotel room and rehab for a homeless woman who at first had been too embarrassed to ask for help because she had lived on the streets for a week without taking a bath.

But there are other cases. In 2016, McCoy attempted to connect a woman named Felicia with housing and addiction support. In one scene from the film, McCoy, dressed in his yellow vest, is shown meeting her on the street in order to feed her for the long night.

Despite McCoy’s efforts to get help from Felecia, a local rehab center turned her down because there was no room. He had to drop her off at Hodiamont Tracks, where she lived with other addicts. A few days after the filmed meeting, McCoy learned that she had died of an overdose.

“To be perfectly honest with you, after that I really thought about ending the ministry,” he said.

He still has not recovered from this tragedy. This is one of many he has witnessed over the past seven years. But even after such a loss, McCoy said he could not afford to end the ministry.

“There are other Felicias out there,” McCoy said, recalling what he had said to himself in those moments of doubt. “You have to keep doing this.”

“Saint Louis live” tells you the stories of Saint-Louis and the people who live, work and create in our region. The show is hosted by Sarah Fenské and produced by Emily Woodbury, Kayla Drake, Danny Wicentowski and Alex Heuer. Avery Rogers is our production assistant. The sound engineer is Aaron Dorr.