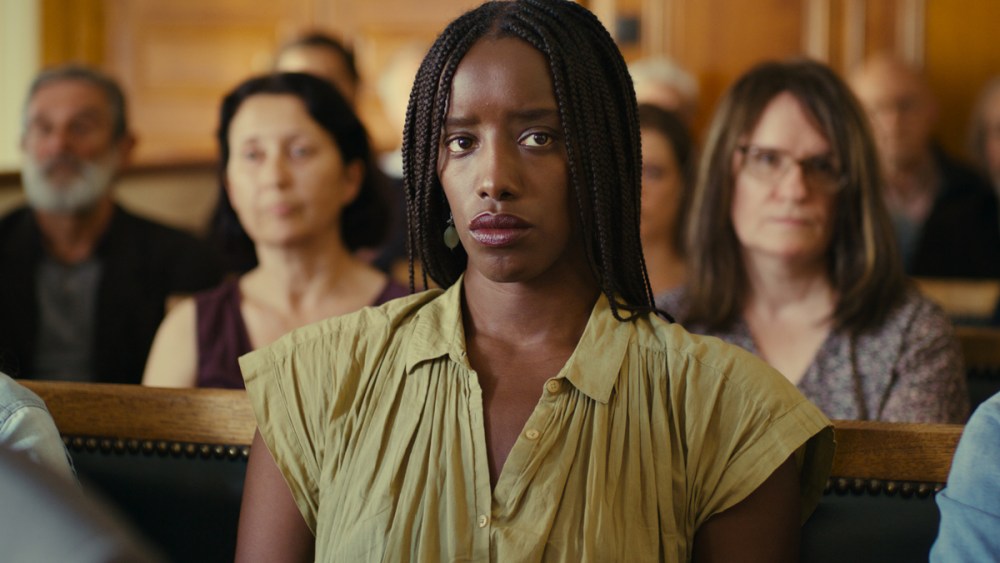 Reinforcing its letters of nobility in the international race for the Oscars for feature films this year when it represents France, Alice Diop’s film “Saint Omerbeat Belgium’s Oscar entry ‘Close’ for top honors, the Giraldillo de Oro, on a lively night Seville European Film Festival.

A timely celebration of European arthouse – the fall in arthouse attendance was the main talking point of the festival – Seville’s top awards highlighted the wide variety of tones and issues of current European cinema.

“Saint Omer”, Variety noted in a Venice review, is “a quietly momentous French courtroom drama that subtly but radically rewrites the rules of the game”.

The awards follow buzz for Charlotte Well’s “Aftersun” topping the New Wave tier. A “sensual and moving beginningspicked up at Cannes by A24 and nominated for 16 BIFA awards last week, it seems destined for significant box office success and awards.

The main applause of the Andalusian program went to the doc “Como ardilla en el agua”, a first film directed by Mayte Gomez Molina and her mother Mayte Molina Romero.

The awards crowned the 2022 Seville European Film Festival. A 9-day event that saw 222 films screened, the majority, 60%, making their Spanish or world premiere in Seville, an impressive tally.

With a varied program and a Merci distribution forum alongside the festival, there was a lot to consider. Five takeaways:

Any region without a thriving film industry is a loss to cultural diversity. Well attended, the Andalusian program has shown that there is most certainly a demand to take into account the different voices of any community or place.

Winner of the “Como ardilla en el agua” prize, she balances the experimental and the intimate with aplomb. Director Ana Puentes shows promise in her skin-tight short “My Life At The Beginning.” And Helm vet Gonzalo Garcia Pelayo and Pedro G. Romero conjure up rambling magic with “Sietes Jereles.”

At Merci, a Film Visibility in the Media session took on a somber tone as many expressed frustration at a reduction in film coverage in the press. That’s true of major publications that movie critics have discounted. But the challenge is not limited to criticism, said Avalon CEO Stefan Schmitz, producer of “Alcarràs”, Spain’s Oscar nominee. Variety: Ttwo levers of communication are needed here, one “to convince the older public that it is not dangerous to go to the cinema” and the other to persuade “the younger public to come and learn that cinemas cinema offer something they cannot have at home”.

“Without a continued focus on watching movies in the cinema, [chances of it] becoming a regular hobby for the number of people who once felt thin,” Schmitz said.

There was inspiration to assist exhibitors with presentations from the Queen’s Film Theater in Belfast and the Cinema Galeries in Brussels. QFT talked about a system where memberships can be attached to a specific baby, but any caregiver can attend. The Cinema Galleries have had success expanding into art associated with filmmakers. They collaborated with David Lynch on an exhibition of his paintings, and Jim Jarmusch with a curated assortment of what inspires his films; it covered poetry, photography, music and art. The marketing copy for the Jarmusch season shows seduction in practice: “This exhibition can only be thought of as a back and forth between the film and the exhibition. All his films will be screened at Cinéma Galeries. In the same building, we can pass from one state (the film) to another (the image-plane) to play better at surprising ourselves.

If you want mainstream, you need Arthouse

At least that’s what Schmitz says: “Our business consists of discovering talent, working with new directors, launching careers as filmmakers. And platforms need this phase of content development. They need us as a breeding ground, and they need us as a brand establishment. Because if you want mainstream, you have to have artists, if you don’t have art house, mainstream dies. Talent needs to be nurtured, and independent films have a history of nurturing the next generation of filmmakers for big-budget films.