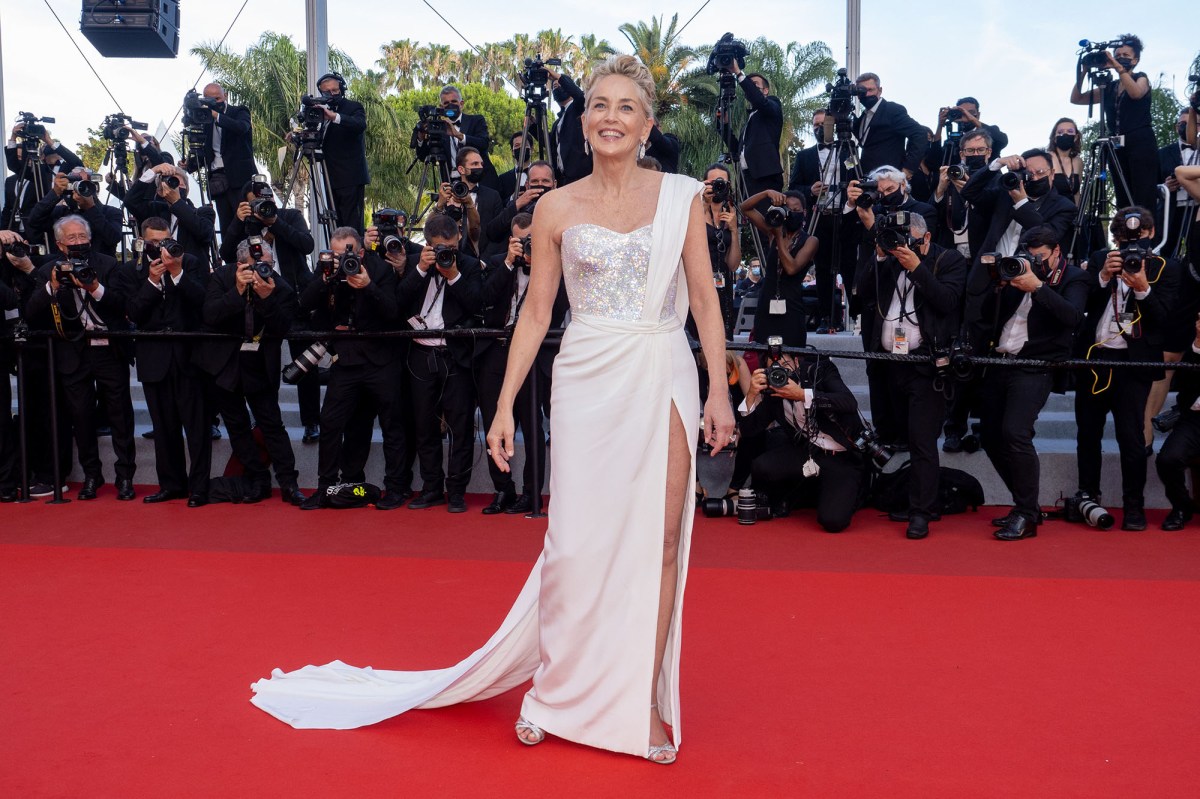 Sharon Stone dominated the red carpet on the final night of the Cannes Film Festival.

The 63-year-old actress exuded glamor in a white Dolce & Gabbana gown – featuring a high cut and figure-hugging silhouette – during the festival’s closing ceremony and screening of “OSS 117: From Africa With Love”.

Stone looked quite the red carpet queen that she was – waving to fans and sending kisses to the crowd with a broad smile that never seemed to leave her face.

â€œSharon – the older she gets, the more she shines,â€ a fan wrote on Twitter after Stone shared details of her look.

â€œA breathtaking spirit shining through a magnificent body,â€ commented another.

The “Basic Instinct” star is “definitely having a hot summer with the girls,” a source told Page Six earlier this month.

The Hollywood icon wowed fans with her outfits – including an impressive Dolce & Gabbana floral dress at another Cannes event and a yellow bikini for a recent day of chill out – as well as her personal life.

As Page Six recently revealed, the star “hung out” with the 25-year-old rapper-RMR – although he was not seen in Cannes with her.

â€œThey’re enjoying each other’s company right now and hanging out,â€ a source told Page Six. “They are having a great time together.”

On the final Cannes night, Stone co-presented the Palme d’Or – the biggest award at Cannes – to the film “Titanium,” after legendary director Spike Lee mistakenly revealed the winner earlier in the evening. .