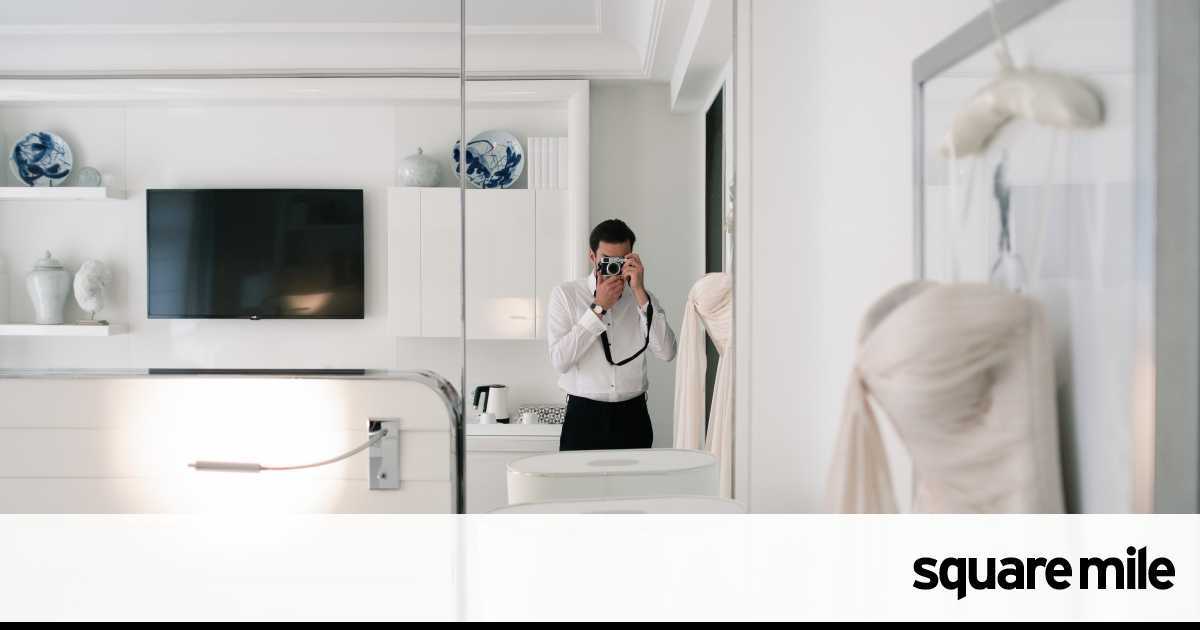 pop quiz, hotshot: Which world event brings together the most media?

Every May, around 4,500 journalists and God knows how many movie stars flock to the south of France for a fortnight of fashion, romps and film. (Presumably in that order.) The festival turned 75 this year and, unlike most of us, Cannes is only getting more alluring with age. And much of its mystique resides in the countless red carpet and after-party photographs that are broadcast around the world.

Because in addition to being the most glamorous date in the film industry, the Cannes fortnight can also make the career of many photographers, offering an unprecedented opportunity to network with publications and potential clients – and to take a few shots during that you are there. We spoke to square mile friend Bertie Watson about his Cannes experiences.

How was your first experience in Cannes?

My first time in Cannes was in 2019 and it was a whirlwind experience. Evenings at the villa, premieres on the red carpet and of course a chance to perfect my French.

You went on your own dollar, right?

I had just made the decision to stop pursuing my career as an opera singer, so I didn’t know anyone in the industry and had no clients. I had a clear vision of who I wanted to work with, film and TV people, so I decided to head to the belly of the beast, Cannes.

I figured if I hopped on a cheap flight and stayed at an affordable Airbnb for a fortnight, it would give me plenty of time to meet potential customers. It was a great return on investment.

Do you hustle once you arrive?

The day after my arrival, I walked around La Croisette, the main street where everything happens, entering all the beach clubs, → → luxury designer boutiques and hotels, asking to meet their PR/marketing managers. I also sent about 1,000 emails before I got there to various people. I got about 80 responses and ended up aiming for two of them. It’s a numbers game. At the end of the festival I had shot for four new clients.

After photographing an evening at the Hotel du Cap Eden Rock, one of the guests sent me a photo, yes a photo, of an invitation to a very secret evening at Cap D’Antibes. After a long, winding gravel road through a thick pine forest, we arrived at a queue of around 300 people in the middle of what seemed like a mini forest. Guard dogs, security and helicopters were keeping a strict perimeter so I honestly had little hope of getting in.

Then, out of nowhere, I spotted a friend of mine who I worked with in retail years ago who was the spokesperson. To the disbelief of all the impatient people queuing, I was cheerfully greeted and hopped on one of the three golf carts used to drive to the front of the location.

Once there, the forest split into a huge clearing replaced by what I can only describe as the largest mansion I have seen in my life. It didn’t seem real.

I won’t name who hosted the party as I signed an NDA, but suffice it to say it was Mr. DiCaprio who made a brief appearance, cap, engaged sunglasses and an outrageous amount of entourage/ safety around him. Mysterious man!

How did you experience Cannes this year compared to the premiere?

This year I had an amazing week-long job with Deadline Hollywood, which meant I could be a little more relaxed before the festival.

Have you ever been able to watch any of the films?

I’m mostly too busy to attend one of the premieres, but if I get an invitation and I’m free, I don’t turn them down. And anyway, based on previous Cannes experience, this red carpet is not for the faint-hearted.

How do you spend your free time? Or is there no such thing?

You have to have a balance in life. Usually I get up early and go swimming in the sea to get the blood flowing before work. Other than that, it’s important to take the time to see where you’re turning, go explore the local markets, get lost off the beaten path and enjoy the scenery.

Is the festival as glamorous as people think?

Yes and no. What I will say is that you will constantly pass extreme juxtapositions; for example, walking down the Croisette, you will find a 70-year-old beggar asking for change who is passed by a lady in diamonds on her way to a premiere surrounded by a security guard. It’s a mixture of bizarre and surreal. 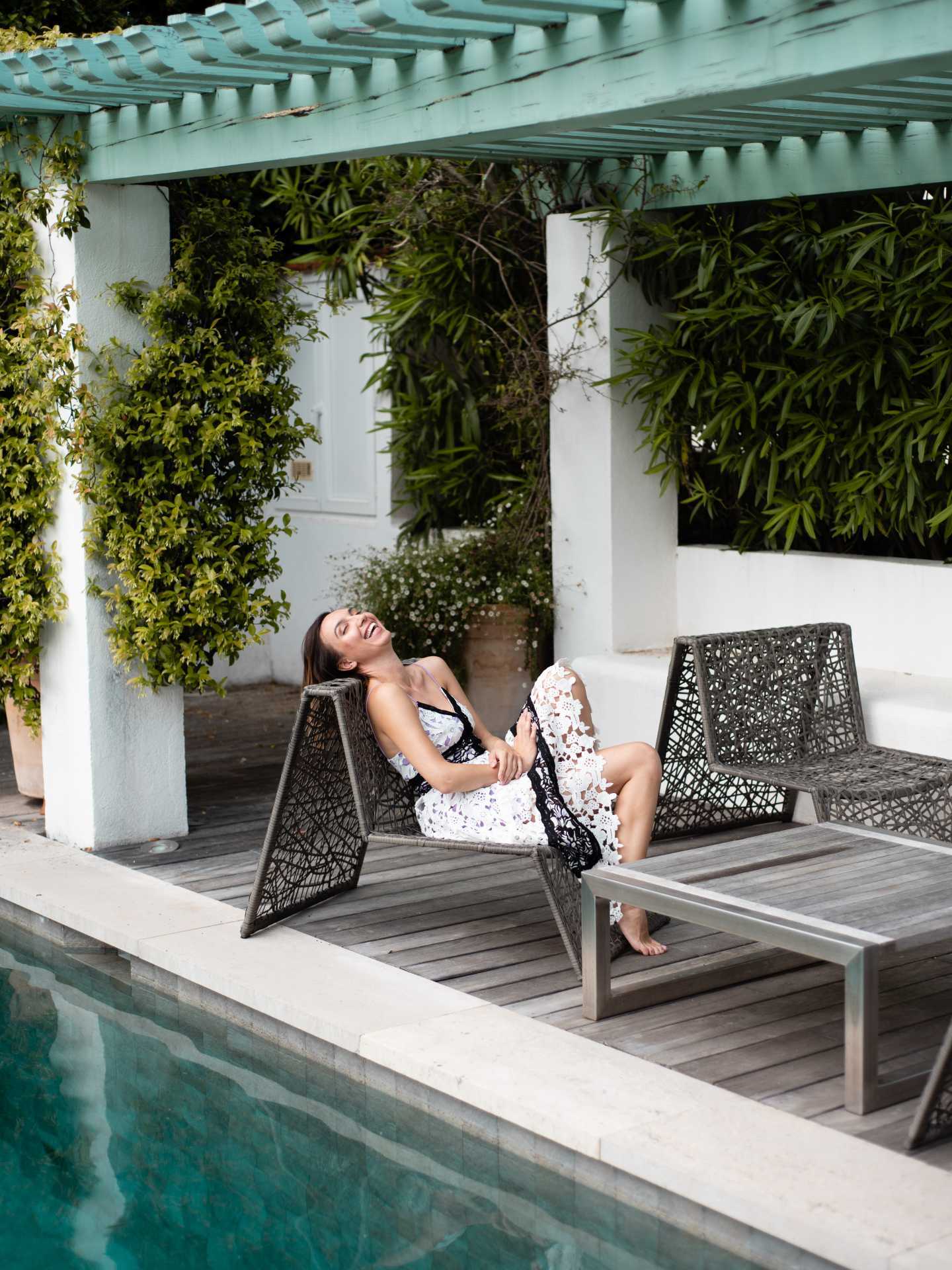 What’s the biggest misconception about the Cannes Film Festival?

Everywhere has air conditioning; This is not the case.

Tell us about these two shoots…

My friend Aleksandr Kuznetsov, an extremely talented and one-to-watch actor, who recently wrapped promotion for his latest film Fantastic Beasts: Dumbledore’s Secrets, has agreed to shoot before Cannes wakes up. We wanted to shoot when the city was sleeping and do what everyone should do when they come to Cannes, get in the water! We met at his apartment at 5am, ending in the sea at 7am, safe to say this was one of my favorite shoots to date.

And I photographed Larisa Corda (a brilliant doctor who helps people conceive) just outside Cannes before the pandemic hit the world. It was a beautiful villa nestled behind the beautiful Garoupe beach and we were shooting some of its promotional content. It made sense to take advantage of the amazing location.

Any advice for budding photographers heading to Cannes?

Go with an open mind, don’t expect anything to happen, and connect with people on a human level. Don’t think about what they can do for you, it’s what you can do for them.