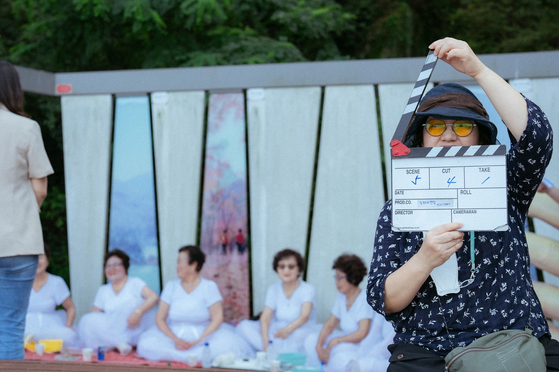 Short films made by Busan residents will be screened during the 27th Busan International Film Festival (BIFF), according to the Busan Urban Regeneration Center on Monday.

Residents of three municipalities in Busan participated in the Village Filmmaking Project to produce three short films. The films will be screened as part of the BIFF Community Section, a cultural festival held jointly with BIFF, at Lotte Cinema Daeyoung on October 10. The BIFF itself begins on October 5.

Among the films of the Village Filmmaking Project this year are “100-year-old ballet company” by Ami Moms, a community of mothers living in Ami-dong in the Seo district of Busan, “Isongdo Blues” by the Huinnyeoul Culture Village community and “Jinsoon is Getting Married” by Let’s Go Village Community in Dong District.

The inhabitants of these areas, designated for the urban regeneration project, received help from directors and actors to produce the films themselves. A documentary chronicling the process of making the film will also be screened, as well as an exhibition of stills from the completed films, open from October 6 to 13 on the second floor of BNK Busan Bank Art Cinema.

Five other films produced by other communities and local clubs will be screened.