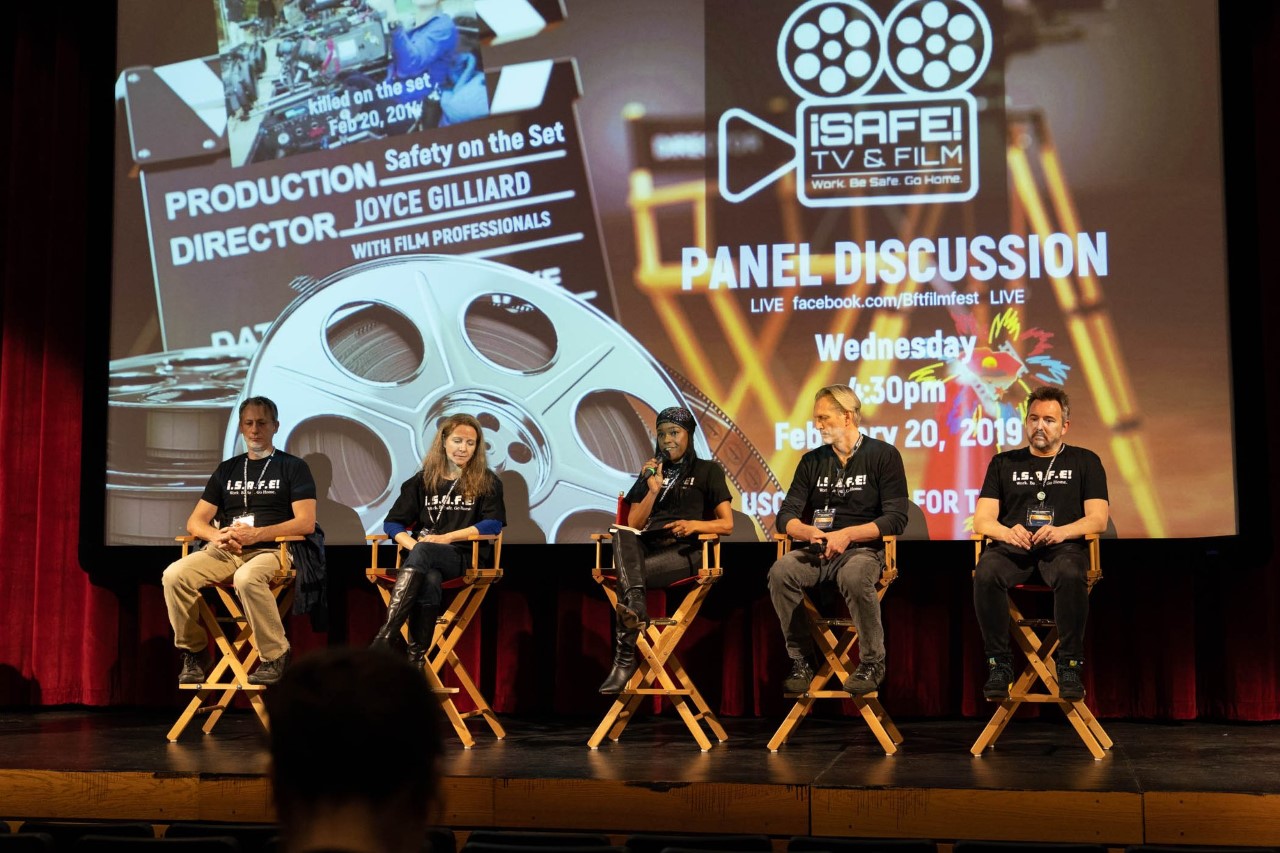 How a small independent film festival became an international event

When people think of movies and Beaufort, SC, they often think of iconic scenes from “Forrest Gump,” “The Big Chill,” or “Prince of Tides.” But this coastal town offers much more than serving as the backdrop for Oscar-winning productions – it’s also home to a popular independent film festival produced each year by the Beaufort Film Society.

The Beaufort International Film Festival (BIFF) has grown from 500 attendees in 2007 to over 17,000 in 2020, and it will be held in person again this year, able to move forward with COVID safety protocols at a time when bigger film festivals such as Sundance have had to go entirely virtual.

The BIFF will take place from February 22 to 27, with 60 films chosen as official selections from 32 countries. Of these, 10 are making their world premieres and 42 are making their South Carolina debuts. Ticket sales are in line with pre-pandemic years, according to Ron Tucker, president of the Beaufort Film Society and co-director of BIFF.

“We have COVID safety protocols in place and are happy to be able to see everyone in person at the festival this month. We haven’t had to close for a single year because of the pandemic,” Tucker said. “There are nearly 100 filmmakers in attendance from across the United States and hailing from the UK, Canada, Brazil, France and Denmark.”

Beaufort as the next Telluride – or even Sundance?

BIFF did not start out as a popular international film festival. At first, Tucker was chairman of the Beaufort Regional Film Commission. In 2006 he began planning the first Beaufort Film Festival, which took place in 2007.

“We didn’t really know what to expect in our first year, and no one on our team had experience running a film festival. So it was a learning-as-you-go experience. That first year presented many challenges and we certainly made mistakes, but those mistakes were part of our learning experience and contributed to a more focused effort 16 years later,” Tucker said. “Although we didn’t look too far ahead, we believed that if all goes well, we could one day be the next Telluride, which started small like us 40 years earlier.”

In 2008, Tucker and his wife, Rebecca, who is co-director of BIFF, were able to attract 1,200 attendees to the festival. The numbers continued to grow, with 2,500 fans arriving in 2009. In September of that year, the Tuckers formed the non-profit 501 c(3) Beaufort Film Society and the company took over all aspects of production of the film festival.

“Our breakout year was 2010, when about 5,000 people attended,” said Ron Tucker. “It was then that Blythe Danner received the Jean Ribaut award for acting, with Michael O’Keefe presenting, and Blythe, in turn, presenting Pat Conroy with a writing award.”

Celebrities are at the heart of BIFF, with South Carolina natives Andie MacDowell, Paul Sorvino, Powers Booth, Vanna White, Tom Berenger, Julie Dash and Dale Dye among those who attended in the festival’s history. Even the film company’s advisory board is star-studded, with Gary Sinise, MacDowell, Danner and Dash among the members.

There’s a reason for the celebrity infusion beyond the obvious. BIFF wants to honor and show respect to those who have given so much to the industry and to South Carolina.

“Part of the film festival is recognizing the achievements of those in our industry who have ties to South Carolina,” said Ron Tucker. “In addition to the awards we give to independent filmmakers, this year we will present a first Rising Star Award to Simeon Daise (American soul, cheaper by the dozen), and a Behind the Scenes Award to Tona B. Dahlquist (casting director for HBO’s Virtuous Gemstones.”

The community of Beaufort is also mobilized around the festival.

Tucker explained, “There is a sense of pride in the community when the film festival comes to town. While Beaufort boasts many festivals and community events throughout the year, the film festival seems to bring a different spark and energy to the town. Suddenly the community realizes that something is different when all of a sudden international visitors are in their shops and restaurants. There seems to be a spotlight and a halo directly above our heads telling us, “Smile Beaufort, this is your close-up. Make a good one.

Charleston City Paper shares the latest news, food, music, culture and cool stuff happening in the holy city since 1997. Help us stay local, free and independent by becoming a member.

Swiss films awarded at the Berlinale