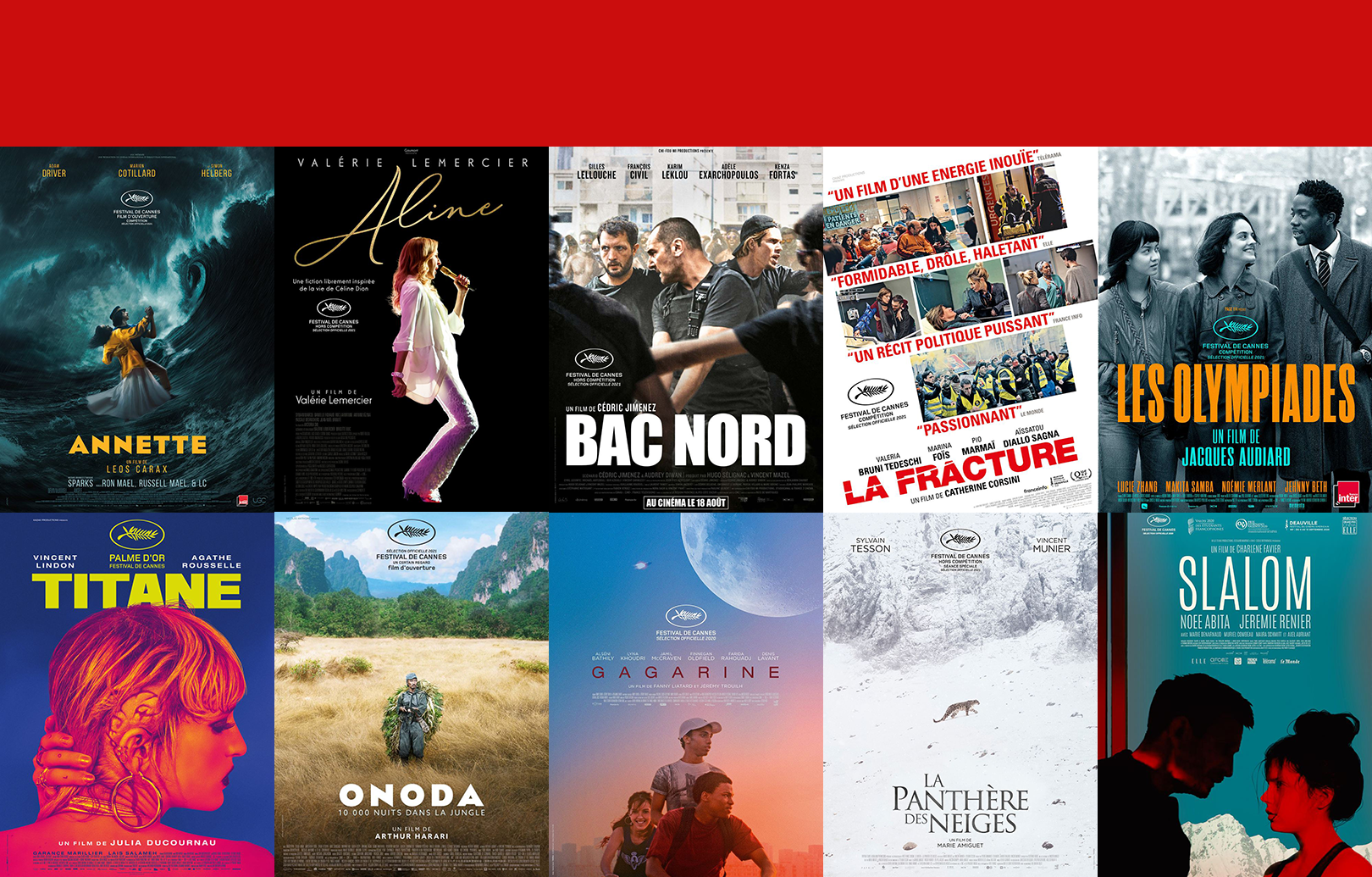 Feature films selected at Cannes in 2020 and 2021 represent more than 60% of nominations this year and 80% of films selected in the Best Feature Film, Best Direction, Best Actor and Best Actress categories.

In total, the films in the Official Selection garnered 68 nominations, including 11 for Anette by Leos Carax, Best Director 2021, 10 for A line by Valérie Lemercier, 7 for The fortress by Cédric Jimenez, 6 for The divide by Catherine Corsini, 5 for Paris, 13th arrondissement by Jacques Audiard, 4 for Titanium by Julia Ducournau, Palme d’or for the last edition, 4 for Onoda – 10,000 nights in the jungle by Arthur Harari, to name but a few. Gagarin by Fanny Liatard and Jérémy Trouilh, The Velvet Queen by Marie Amiguet and Vincent Munier and Slalom by Charlène Favier will compete for Best First Feature. In the Best Male and Female Newcomer categories, 5 of the 10 nominated talents saw their careers take off at Cannes: Noée Abita, Sandor Funtek, Agathe Rousselle, Makita Samba and Lucie Zhang.

The variety of works represented testifies to the extreme vitality of cinema.

The Cannes Film Festival wishes them well-deserved success and recognition at the 47th César ceremony, to be held on February 25.