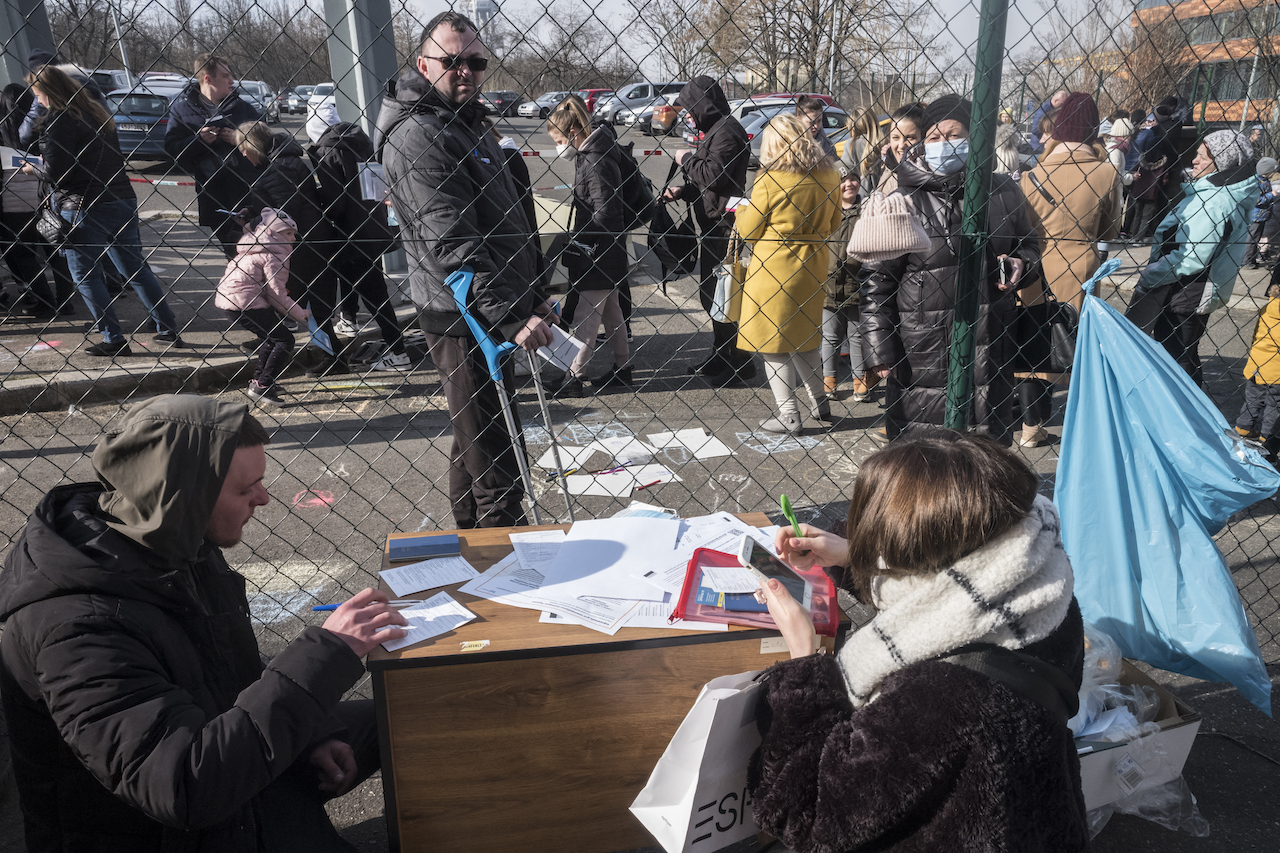 The organizers of the Cannes International Film Festival have sent their best wishes and support to the Ukrainian people and to all those who find themselves on its territory following the heavy crisis in which part of Europe finds itself in a state of war. The Cannes Film Festival statement read: “The festival wishes to give its full support to the Ukrainian people and to all those who are on its territory. However, however modest it may be, we add our voices to those who oppose this unacceptable situation and denounce the attitude of Russia and its leaders. The organizers also said: “Our hearts go out in particular to Ukrainian artists and film industry professionals, as well as their families whose lives are now in danger. There are those we have never met, and those we met and welcomed at Cannes, who came with works that say a lot about Ukraine’s history and present. During this winter of 2022, the Cannes Film Festival has entered its preparation phase. Unless the assault war ends in conditions that will satisfy the Ukrainian people, it has been decided that we will not host official Russian delegations or accept the presence of anyone connected to the Russian government. While hailing the courage of all those in Russia who took risks to protest against the assault on and invasion of Ukraine, the organizers of the Cannes Film Festival notably singled out artists and film professionals, who have never stopped fighting against the regime and who have refused to be associated with these unbearable actions, and those who are bombing Ukraine. The organizers of the Cannes Film Festival say they will always be at the service of artists and industry professionals who raise their voices to denounce violence, repression and injustice, with the main aim of defending peace and freedom. The 2022 edition of the festival is scheduled from Tuesday May 17 to Saturday May 28, 2022.

…Also, Cannes Lions issues supporting statement
The ORGANIZERS of Cannes Lions also expressed their support for the people of Ukraine, as well as their many partners and community members in Russia, who strongly oppose the actions of the Russian government. The organizers said in a statement that despite their desire to celebrate creativity wherever it comes from, the Cannes Lion board of directors has taken the decision not to accept applications or delegations from Russian organizations in Cannes. Lions or its associated rewards programs. “As an immediate action, Ascential and the Lions will make a significant donation to humanitarian charities working in the affected region,” the statement read, adding that while the Cannes Lions view their position as a small gesture, Cannes Lion will host any and all Ukrainian creatives who can attend the Cannes Lions. Refunds on award submissions for Ukrainian agencies will also be honored. Similarly, a Talent Directory for relevant members of the creative community has been created on the Lions Platform. The organizers encourage the global community to commission and support creation in these troubled times. “Our hearts go out to the people of Ukraine and other concerned members of the community at this extremely difficult time.”

Camilla Nielsson President to Open iREP 2022
THE iREP International Documentary Film Festival 2022 officially begins with a grand opening with the critically acclaimed film, President, by Camilla Nielsson at Terra Kulture, Victoria Island, Lagos on Thursday 17th March. From March 17-20 at various other venues, including its traditional base, Freedom Park Broad Street, and at the Crown Troupe of Africa’s Art Factory Hall in Bariga Lagos, among others, the festival in its 12th edition, explores the theme, Unfiltered: African Stories. Stories from Africa, which is another iteration of its conceptual framework of “Africa in self-conversation”. According to a statement from the festival’s program management, the idea of ​​the 2022 theme is to draw attention to “how Africa is represented or not represented by the filmmakers and storytellers who address its issues”. According to the press release, around 70 films drawn from 28 countries spread over four continents will be presented in the festival which has become a leader in the production and expression of documentary films in West Africa, and by extension on the African continent.

“IREP is delighted to present ‘President’ as ‘an important seminal and nuanced African story that not only fulfills the moral and political prerequisites, but also creative advancement in documentary filmmaking,’ the statement said, adding: The President has screened at several global film festivals, including the Sundance Film Festival, where it was a major entry, and screened to thunderous applause.The film’s director-producer, Camilla Nielsson , will give a talk on the making of the film and take questions and comments from the audience.The iREP is organized by the Foundation for the Promotion of Documentary Film in Africa and is in collaboration with the San Diego World African Documentary Film Festival, AWDFF, with partnership support from German Films, AgDok, Goethe Institut Lagos, among other local and international organizations. Meanwhile, Garderie Nocturne (Nigh t Nursery), the film that won the Grand Prize for Best Documentary Film at the 2021 Pan-African Film Festival, FESPACO in Ouagadougou, Burkina Faso, has been selected as the closing film.

The 67-minute film, directed by Moumouni Sanou, will be the last of more than 60 films to be screened during the four-day festival, which will also include conversations, trainings, workshops, a mentoring session and a panel discussion. producers among other niche elements that set the festival apart from others in its category. Screening on Sunday February 20, as the last of the more than 60 films presented at the festival, Night Nursery, which gained popular appeal after being announced as the winner of the FESPACO 2021 award from Yennenga’s Golden Stallion, is a fascinating story of life and activities in a popular “social” center in Bobo Dioulasso, one of the main cities of Burkina Faso. The film focuses on the experiences of women. Men and fathers are absent, except in the sometimes amusing, sometimes moving stories that Farida and Odile tell about their work. Sanou’s reserved and respectful gaze highlights the advantages of horizontal cinema, which is characterized by the greatest possible attention and sensitivity towards the protagonists. The 67-minute film, produced by African Movie Award Academy (AMAA) jury member Berni Goldblat, is co-produced by Les Films Du Djabadjah (Burkina Faso), Vrai Vrai Films (France).