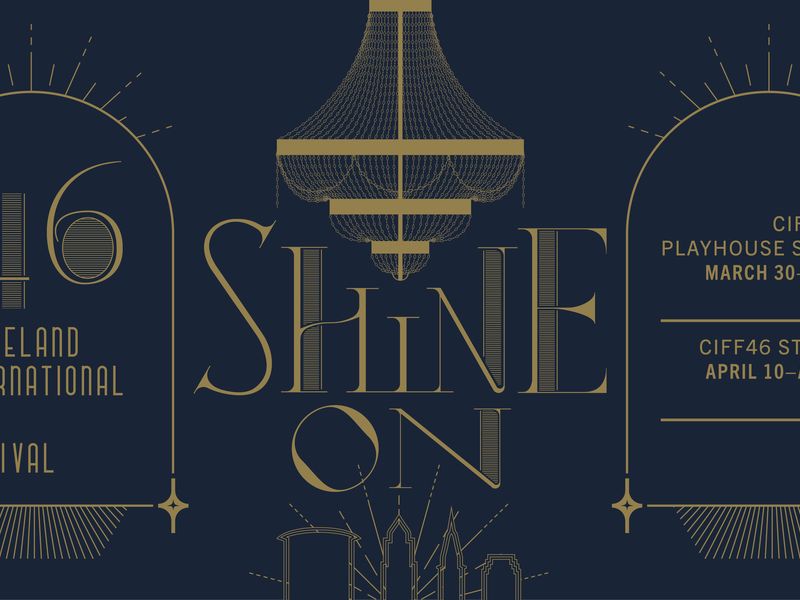 There is more than just a glimmer of optimism in the theme, unveiled Friday morning February 11, for the next Cleveland International Film Festival: “Shine On”.

CIFF said in a press release that the marketing campaign, designed by Cleveland’s Type Twenty Seven team, “is not just a nod to the festival’s stunning new home in Playhouse Square, but also a celebration of the spark of excitement generated by the return of CIFF’s in-person format.”

This year’s festival, known as CIFF46, will take place from Wednesday March 30 to Saturday April 9 at Playhouse Square. It will be followed by a virtual version – CIFF46 Streams – available from April 10 to 17 on the festival’s streaming platform. The festival in 2020 and 2021 was entirely virtual due to the pandemic.

Brittyn DeWerth, Creative Director and Owner of Type Twenty Seven, in a statement described the philosophy of the ‘Shine On’ theme thus: “One aspect of the film festival that has always resonated with our team is the dedication of patrons and their unwavering love for the Festival. During the last years of uncertainty, they persevered. This year, our goal was to express this dedication with a slogan that sums up their resilience in the face of the beauty of the place. Everyone is a beacon of light celebrating together as they all shine.”

Another important piece of CIFF’s marketing campaign – the festival trailer – is in the works. CIFF is once again working with Fusion Filmworks of Cleveland to produce the trailer, which will be released on the opening night of CIFF46.

The festival will feature over 300 films, as well as Q&A sessions with filmmakers and events focused on audience engagement. CIFF will announce the lineup on Friday, March 4. Tickets will go on sale to CIFF members on Friday March 11 and to the public on Friday March 18.