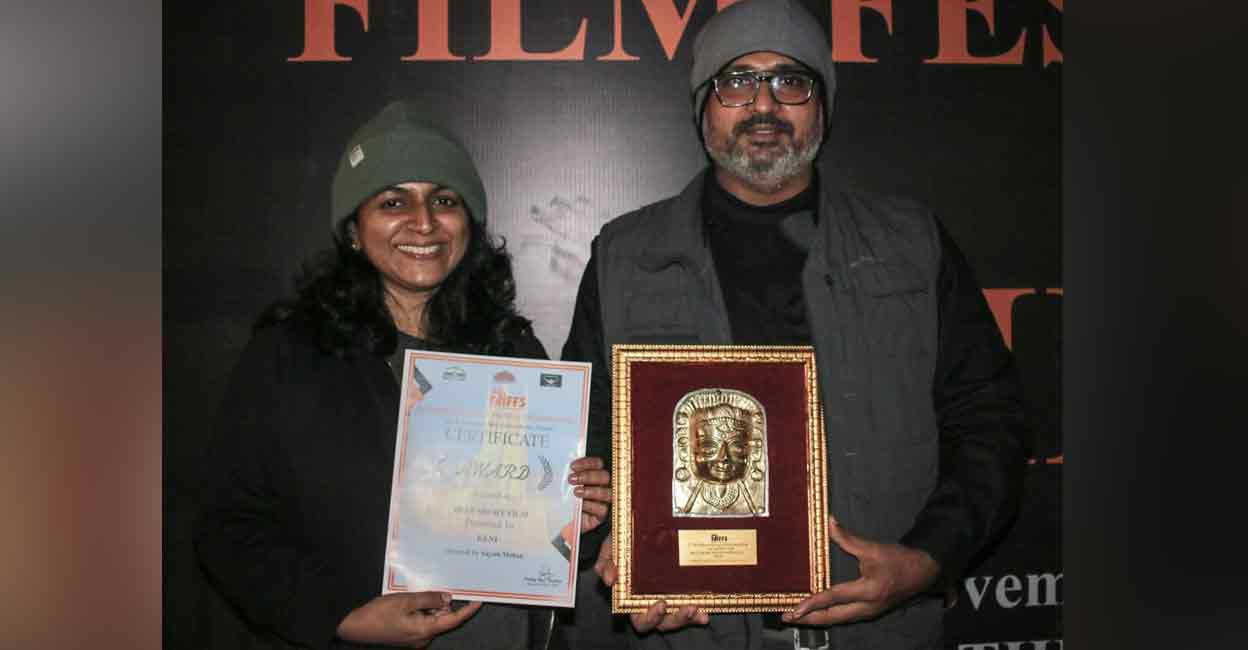 The film written and directed by Sajesh Mohan had already won numerous other awards, including the “Best Drama” award at the 2021 Vienna International Film Awards in April.

Keni – The Otherkin is also the recipient of the Best Short Film Award – India (August) at the Indo-French International Film Festival (IFIFF) 2021 and the Award of Excellence at the World Film Carnival (WFC), Singapore and the Madras Independent Film Festival. (ANGRY). Anish P Tom won the Best SFX award at MIFF for the audiography of ‘Keni – The Otherkin’.

Himachal Pradesh Chief Minister Jai Ram Thakur was the main guest at the awards ceremony in Shimla. The jury included Pampally, a member of the national award jury.

Padmakumar Kochukuttan and Dr Jeena Shaji star in the film produced by the latter under the banner of First Show Films Productions.

Director Sajesh, senior producer at Onmanorama, addressed issues of patriarchy and mental health in the 10-minute film. Gender politics and the various manifestations of depression give the film new impetus.

Abhilash Balachandran edited the film, the music of which was performed by Veetraag and Sangeeth Pavithran while Nandagopan P handled the sync sound. Basil Shaji is the associate director and Toni George is Keni’s cinematographer.