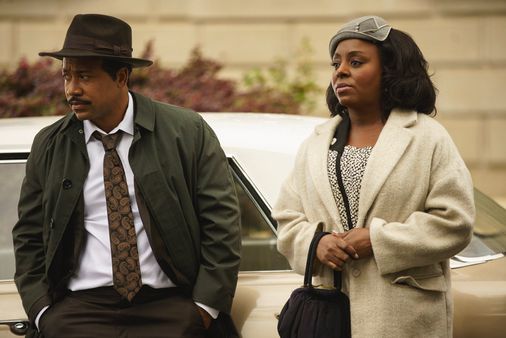 The 24th Roxbury International Film Festival, which runs from June 23 to July 2, showcases the work and stories of people of color – its mission for more than 20 years. This year, there will be 80 films, more than a quarter of which were made by local or regional filmmakers. Additional offerings include workshops, panel discussions, script readings, discussions with filmmakers, and networking opportunities.

Like last year, the festival will be hybrid. But this year, most screenings will be in person. Major sites include the Museum of Fine Arts, Hibernian Hall, and the Emerson Paramount Center.

“We are really happy to be in person,” said Lisa Simmons, artistic director/executive of the festival. With the ongoing pandemic, she added, “we are also very aware that people are still not feeling comfortable. So we’ve run a full program called ROXFILM@Home for people who don’t feel comfortable and maybe don’t have the accessibility – that is, being able to get into the theatre.

Get the Big Task

Your guide to staying entertained, from live shows and outdoor entertainment to what’s new in museums, movies, TV, books, restaurants and more.

The festival will open with “Remember Me: The Mahalia Jackson Story” a biopic about the legendary titular gospel singer (played by artist and R&B/jazz actress Ledisi). Directed by Denise Dowse, the film chronicles Jackson’s career and his impact on the civil rights movement.

“[Jackson] was such a civil rights leader and very close to Martin Luther King,” Simmons said, noting the relevance of the film’s themes amid calls for racial justice and talk of suffrage. “It’s really important to lead with something that will help us set the stage for the festival.”

“Triggered Life” explores the trauma suffered by black men after sexual abuse. According to the festival’s website, the film asks the question, “How exactly does sexual trauma cast a shadow over the entirety of black male individuality?” It follows a day in the life of two men, Ishmael and Keith, as they seek to define their own identity and manhood. Both Ishmael and Keith are played by Cambridge actor Keith Mascoll. The screening is June 24 and begins at 5:30 p.m. at the MFA.

This year, there are two free screenings on June 28. The Next Generation and Teen Empowerment the screening from 4 p.m. to 6 p.m. will present films and short films made by and/or about young people. This screening will take place at Hibernian Hall, and people can RSVP on Eventbrite.

The other free screening is from 1997 “I love Jones.” It will take place outdoors on the Huntington Avenue lawn at the MFA at 8:30 p.m. “Love Jones” is a romantic drama following aspiring poet Darius (played by Larenz Tate) and photographer Nina (played by Nia Long), who make an instant connection at a bar. The couple’s future is in jeopardy when Nina moves to New York to reconnect with her ex-fiancé (played by Khalil Kain). The film turns 25 this year.

No ticket is required. The 8 p.m. screening will be preceded by a Q&A with Regie Gibson, a local poet on whom the film is based. Gibson’s poetry is also integral to the film. Moviegoers are encouraged to pack dinner, soft drinks, and a blanket or low chair (less than 3 feet tall). The film will play with open subtitles.

The closing of the film festival is “The 88 Well-Tuned Drums of Omar Sosa” about the life and music of the titular Cuban pianist and composer. The screening begins at 5 p.m. at the Paramount Center on June 29.

For more information, tickets and a full schedule, visit www.roxfilmfest.com/2022festival