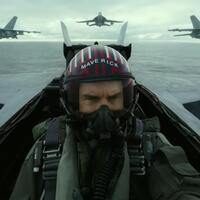 “Tom Cruise will be in Cannes on May 18, 2022 for the screening of ‘Top Gun: Maverick’, which is scheduled for release May 25 in France and May 27 in the United States,” organizers said. “The festival will also pay special tribute to Tom Cruise for his career.”

The star will have a conversation on stage with journalist Didier Allouch on the afternoon of May 18 and later in the day “will climb the steps of the Palais des Festivals for the evening screening”, the festival said.

He noted that the star “has only made one appearance at the Cannes Film Festival before, in 1992, for Ron Howard’s ‘Far and Away’, the closing film of the 45th festival. That night he had awarded the Palme d’or to director Bille August for his film “The Best Intentions”, thus the screening of the film and Cruise’s appearance will take place 30 years to the day after his last participation in the festival.

Top Gun 2 has become something of a symbol of the disruption wrought on the film industry by the COVID pandemic. The release of the highly anticipated sequel, from Paramount and Skydance, has been pushed back several times due to the pandemic.

The film is a major boost for Cannes, which is presenting this year’s festival as a festive return to cinema after two years of COVID restrictions and theater closures.

The festival, which runs May 17-28, is also keen to reestablish its position as the go-to platform for flagship and awards season releases after losing ground over the past two years to Venice.

Everything we know so far