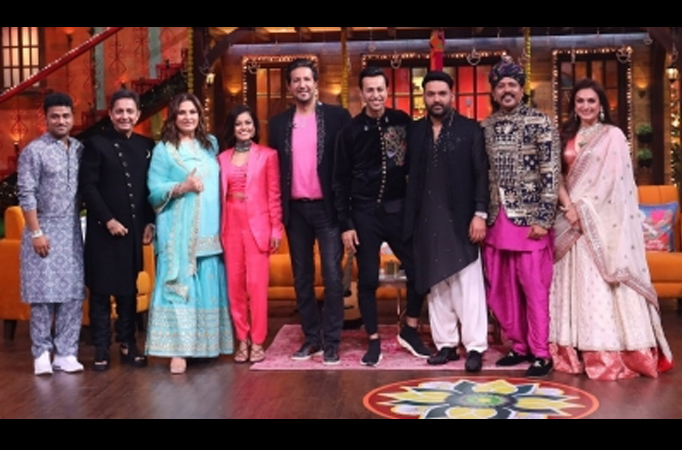 Bombay : Famous Rajasthani folk singer Mame Khan has talked about walking the Cannes Film Festival 2022 red carpet in traditional attire because he wanted to represent the true culture and tradition of India.

He said: “People there are wearing different forms of clothes and stuff, so I was like, what should I wear? I thought I was from India and I was representing the popular culture of India, so I I wore a safa (turban) from Rajasthan and a coat from Kanpur.”

He then recounted how he had to wait for his luggage and he thought if he didn’t arrive on time, he wouldn’t go on the red carpet.

“Interestingly, everyone’s luggage had arrived except mine and Aishwarya Rai’s. Touchwood, the luggage arrived at the last moment,” he added.

The popular singer known for a number of tracks in films such as ‘Luck By Chance’, ‘No One Killed Jessica’, ‘Sonchiriya’ and many more appears on ‘The Kapil Sharma Show’ as a special guest with Sukhwinder Singh, Akriti Kakar, Devi Sri Prasad popularly known as DSP and Sri Lankan singer Yohani.

Mame recalled visiting France after 23 years and added: “I visited France again after 23 years. I had done a show there and at that time I did not know the English and I didn’t know French either. It was a surreal experience to walk the red carpet in the same country after so many years.”