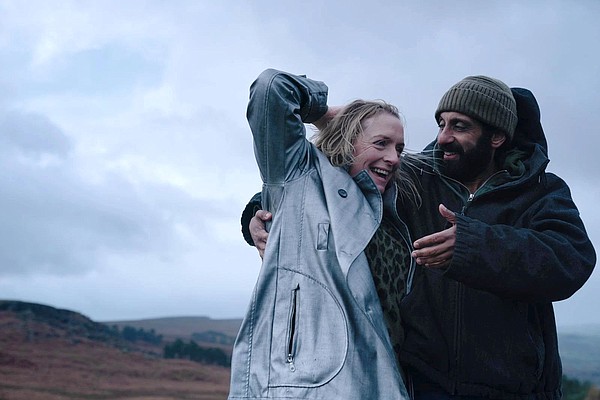 The Toronto International Film Festival is back with a bang. Even though the options are a bit more limited for those who don’t attend the festival in person, there are still plenty of intriguing possibilities to be grabbed.

Attached is the last batch of films from the main week of the festival.

For this film, they instead turn their attention underground, particularly to the long winding caves of Tham Luang Nang Non, Thailand, where in 2018 a young football team (the boars) and their coach were trapped after a the monsoon filled the narrow passages with water. With the world in the know, Thai officials desperately assembled a team of their own Navy SEALS to try and rescue the 13 people trapped there, but without specific experience in cave diving, the SEALS were baffled.

Enter a pair of Brits, Rick Stanton and John Volanthen, long regarded as the world’s greatest cave divers, to lend assistance. In turn, they brought in some of their friends from all over the world to form a sort of Dream Team of cave diving enthusiasts (all of them have regular full-time jobs outside of their passion for crawling in the dark, water and subsoil). passages). Along with the SEALS, several hundred other military and civilian volunteers, the team hatches a dangerous plan to save the group, now trapped for more than two weeks, and with new monsoons threatening to make further attempts impossible. It’s a jaw-dropping gimmick, made up of a mix of carefully presented reenactments, combined with actual footage of the rescue attempt, and interviews with many of the divers themselves.

Even though you know the outcome, the pressures facing everyone involved in the operation and the danger to the children – many of whom, in photos and videos of their plight, keep a brave face for the world to see. quite heartbreakingly – – becomes almost extremely emotional to watch. Vasarhelyi and Chin cleverly use the infographic to depict the extreme difficulty of the operation – just getting to where the football team was locked up required a 2.5 hour dive, not to mention the time it took. It would take to bring them back – – so that every facet of the incredible obstacles in their path would be made very clear. The movie also includes a bit of contextual setting for Stanton, Volanthen, and the others, and what prompts them to spend their weekends diving into caves. For many people, including myself, the thought of swimming in narrow, narrow passages underwater and in the underground depths sounds like the worst form of torture, but as one of the divers puts it, it is just one way of looking at it. The other way is to say to yourself “My world is this little passage, OK!”

â€œThe Hole in the Fenceâ€: In an idyllic location somewhere in the Mexican countryside, Centro Escolar Los Pinos, a camp for boys from high-society wealthy Mexican families, welcomes a school bus arriving to deliver a batch of campers, he learns autonomy under the auspices of a director (Alfredo Flores), a strong man of religion (Enrique Lascurain) and minimal staff.

Once unleashed, the boys act predictably towards each other, going after the darker-skinned “scholarship” child (Gabriel Fritsch), beating up anyone who doesn’t play by the rules and acting with him. insolence of youth and wealth in ways that are both predictable and confusing. Underlying this archetypal framework – everything we needed to learn what happens when teenagers are grouped together with minimal supervision, we got it from “Lord of the Flies” – director Joaquin del Paso adds additional elements of mystery and menace: tearing apart the perimeter fence, designed to help ward off the less desirable elements in the neighboring villages around them, believed to be controlled by drug cartels, becomes like a portal to the world outside.

Particular events turn into a climax as the campers play a full version of Capture the Flag that ends up bleeding in a nearby village, as the boys get more frantic after realizing that one of their countrymen is missing. The mercurial soundtrack, which changes from slow strings to a menacing giallo-type synth wave, suggests the film’s layered approach, as the surface action leads to plenty of deep and wet underground passages. It’s like a story of Shirley Jackson through Dario Argento.

â€œClenching the Fistsâ€: Ada (Milana Aguzarova), a young woman living with her younger brother, Dakko (Khetag Bibilov), and her overbearing father, Zaur (Alik Karaev) in a remote village in the Republic of North Ossetia. Alanie, may not stray from the demands of the men around her. Zaur literally keeps her locked up (he has the only key to their apartment, which is needed to get in or out) and watches her every move like a hawk. He has reason to worry: she is a survivor of a horrific (all too real) hostage-taking in a school, in which 1,100 students were detained by Chechen terrorists, of whom 330 died in the rescue operation ordered by Putin. She still has physical and emotional injuries and damage from the experience, even after her father moved the family to the mountains in an attempt to escape further danger. But in his zealous protection of her, he trapped her in an emotional cage, so that she pounces on any opportunity to escape, either by pairing up with a sweet but immature delivery guy ( Arsen Khetagurov) or by trying to convince her older. brother, Akim (Soslan Khugaev), to take him with him to the city where he now lives. Kira Kovalenko’s film, which won Un Certain Regard at Cannes, is about the long-term effects of the trauma, both on the victim – Ada, still grappling with the damage to her body from the explosion. bomb during the attack, must wear diapers – and the victim’s family, as her dark-faced father tries to protect her by cutting her off completely from the outside world. It is a portrayal of family love, on one level, as siblings try to cope with their father by uniting against him, and tremendous loss, as the brutal disruption of their lives. takes place between them.

â€œAli & Avaâ€: After a plethora of high-stakes dramas and powerful documentaries, it’s not a bad time to watch something a little lower-stakes.

Clio Barnard’s captivating middle-aged romance draws inspiration from Mike Leigh’s early films – no-frills production, true-to-style filming and focusing on the intricacies and complicated family structures of the British working class – and paints a brilliant portrait and sensitive of a new romance hatched between two weary people of the world who have already crossed the lot. Indeed, a huge difference between young romantic loves and those between older people is all the rubbish and rubble they’ve accumulated along the way.

Ava (Claire Rushbrook) is a single mother with several grown children, one of whom, grim-faced Callum (Shaun Thomas), still lives at home, alternating with her baby girl. She works in a primary school, where she meets Ali (Adeel Akhtar), a friendly landlord with several properties nearby, who offers several of her tenants some sort of taxi service to bring their children to school on time. . Ali is married, but his wife, Runa (Ellora Torchia), has separated from him, even though they still live in the same house to keep up appearances. The usual types of complications ensue for the burgeoning couple – Callum, still clinging to the death of her father (a racist and abusive man, Ava had long divorced), takes great offense that she is dating an Indian ; Ali’s feelings for Runa remain tender, even as she pulls away from him – but the characters are so well defined and the performances so experienced, it all feels fresh and revealing, anyway.

The screenplay, written by Barnard, makes much of their musical differences: Ava loves country music; Ali, a former DJ, enjoys punk and electro – and the way they begin to incorporate each other’s tastes into their lives, as a metaphor for the progressive social and cultural assimilation that is occurring between couples. This trend may be a bit of overkill (like with a pair of his father’s old National Front boots that Callum still cherishes), but it’s still a well-crafted portrayal of a couple who, at first glance, may seem a bit quirky, but connecting in ways – including their shared and highly social nature and love of family – that make perfect emotional sense in the end.